New insight into the brains of birds

In a paper appearing in PLoS Biology, Helmut Prior (Goethe-University, Frankfurt am Maine), Ariane Schwarz and Onur Güntürkün (Ruhr-University Bochum), present evidence for mirror self-recognition in Magpies. By means of the mirror-and-mark test that is often used with human children and apes, the authors show that Magpies take their mirror image for a reflection of their own body. These findings represent the first evidence of mirror self-recognition in a non-mammalian species and bear several major implications. 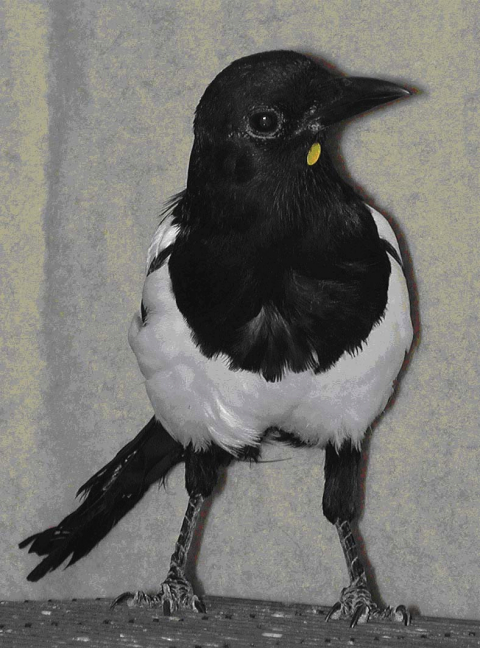 In one test, the researchers placed yellow and red stickers on the birds in positions where they could only be seen in a mirror. On seeing their reflections, the Magpies became focused on the stickers as they tried to reach them with their claws and beaks. On several occasions, they succeeded in scratching the stickers off. Black stickers placed on the birds' bodies did not elicit the same response. When no mirror was present, the Magpies took no notice of the stickers.

The phylogenetic lines of birds and mammals have gone through a separate evolutionary history for at least 300 million years. Up to now mirror-self recognition had only been shown in very few mammalian species like chimpanzees, orang-utans, elephants, and dolphins. Evidence for self-recognition in Magpies, therefore, provides particularly strong support that higher cognitive skills and consciousness developed independently in different evolutionary lines. 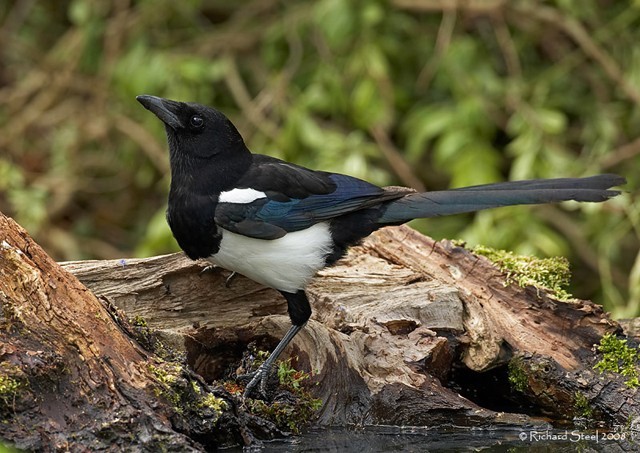 It has always been assumed that the neocortex is a prerequisite for higher cognition and consciousness. But birds have no neocortex and are endowed with a vastly different brain organization. Thus, the recent findings in Magpies show that even self-recognition is possible without a neocortex. This is a remarkable capability that might play a role in perspective taking.