A new study suggests that Blue-throated Hillstar, discovered in the Ecuadorian Andes in 2017, should be recognised as Critically Endangered.

In April 2017, researchers working in the South American country came across the hummingbird, which was distinctive in its appearance and thus considered new to science, but the documenting paper, just published in The Auk: Ornithological Advances, reveals that it's already highly threatened. The hummingbird's small range, specialised habitat and threats from human activity render it likely to already be at serious risk of extinction, thus researchers recommend that it is afforded the highest Red List categorisation for an extant species. 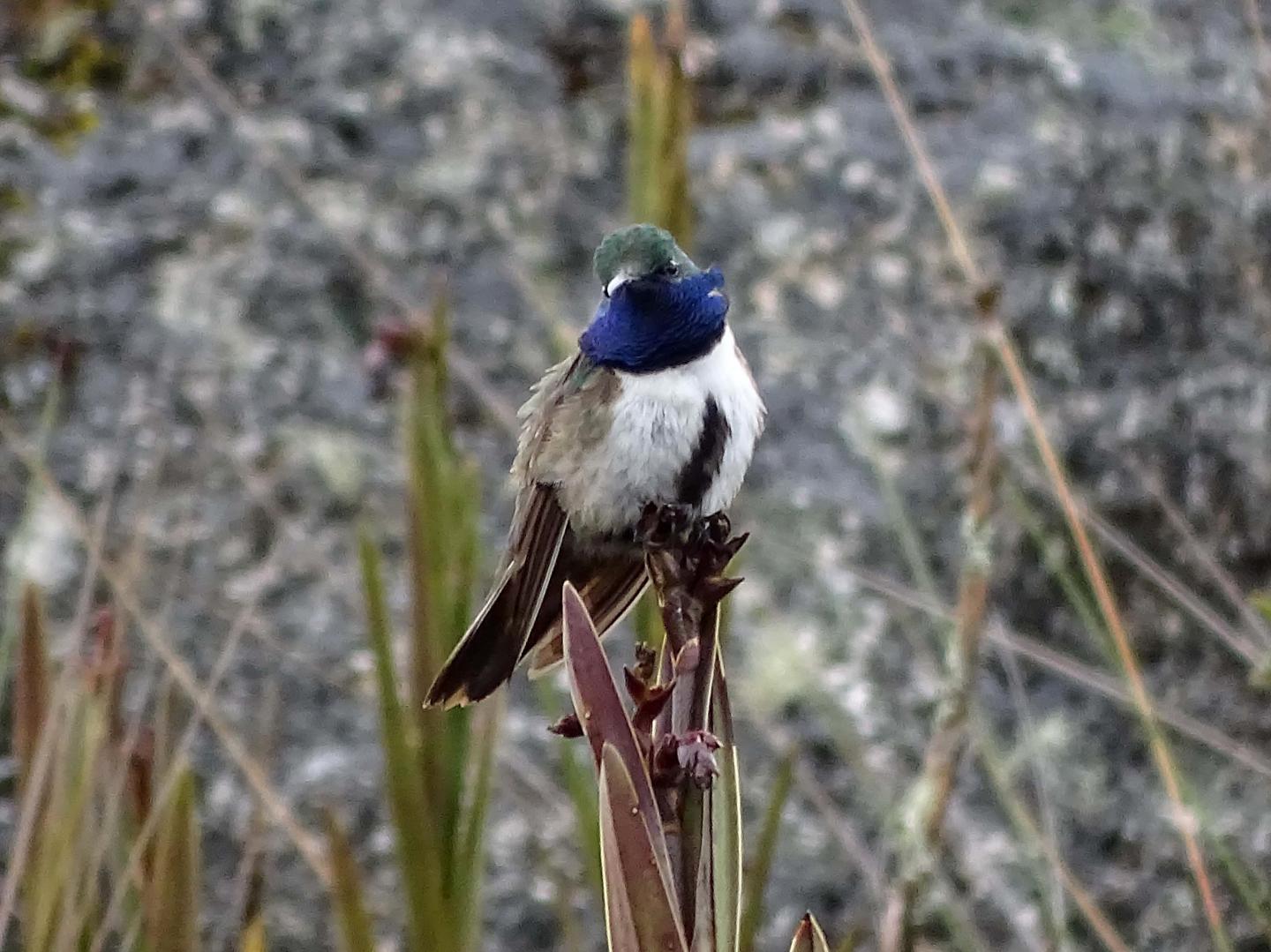 There may be as few as 500 Blue-throated Hillstars in existence (Francisco Sornoza-Molina).

Hillstars are oddities among hummingbirds. They reside in high-elevation habitats in some of the most isolated parts of the Andes, with special adaptations to the cold environment. They roost in caves, forage on the ground and spend half their lives in hypothermic torpor. Blue-throated Hillstar is found only along bush-lined creeks in an area of about 100 sq km, and researchers estimate there are 750 individuals at most, and perhaps fewer than 500 in total. Fires, uncontrolled crazing and gold mining all pose significant threats to its habitat, and consequently Blue-throated Hillstar meets the criteria to be considered Critically Endangered.

Francisco Sornoza-Molina, of Ecuador's Instituto Nacional de Biodiversida, first observed and photographed the previously unknown species during fieldwork in south-west Ecuador in April 2017. After this maiden expedition, Sornoza-Molina reached out to fellow researchers Juan Freile, Elisa Bonaccorso, Jonas Nilsson, and Niels Krabbe to undertake the study of this possible new species, and following a return trip in May they captured specimens and confirmed the finding. Because of its iridescent blue throat, they dubbed the species Oreotrochilus cyanolaemus – Blue-throated Hillstar. To the north of the new species' range, Ecuadorian Hillstar, which has a purple head, is found, while to the south in southernmost Ecuador and northern Peru, 'Green-headed Hillstar' (currently treated as a subspecies of Andean Hillstar but itself a likely split), occupies similar habitat.

Sornoza-Molina explained the need for immediate protection of the bird: "Complete support from national and international conservation agencies is needed in order to save this species. The action plan for the conservation of this bird is creating a network of protected areas along its geographic range."

Christopher Wit, from University of New Mexico, added: "This striking find confirms that life in the high Andes still holds many secrets to be revealed. The location is fitting for a new species of hillstar, because it's a remote, high mountain range that is isolated and is sandwiched between the ranges of two other hillstar species. The authors did a thorough job comparing the new form to its relatives in every respect."