A new study, published in Journal of Applied Ecology on Monday, finds that Spain's approval of the use of two new veterinary drugs containing diclofenac — Diclovet and Dolofenac — could jeopardise the viability of Europe's most important breeding population of Eurasian Griffon Vultures.

Addressing a knowledge gap specifically identified by the Spanish government regulatory agency (Agencia Española de Medicamentos y Productos Sanitarios: AEMPS), the authors of the study — who come from the University of Cambridge, Royal Society for the Protection of Birds (RSPB; BirdLife International Partner in the UK), Doñana Biological Station (CSIC), Miguel Hernández University and University of Lleida — estimated the number of vulture deaths caused by diclofenac in Spain at between 715 and 6,389 per year.

By determining how much diclofenac remained in medicated livestock (mainly cattle and pigs) carcasses after death, together with the expected numbers of medicated carcasses and data from experimental studies on diclofenac toxicity, researchers said there would be a potential decline of 0.9 — 7.7 per cent per year in the Spanish population of Griffon Vultures.

Veterinary diclofenac is an anti-inflammatory and analgesic medication used on livestock. Vultures are exposed to the drug — toxic to them but not to livestock — when they feed on carcasses of animals previously treated with it. Diclofenac causes kidney failure and death in vultures within a few hours of consumption. 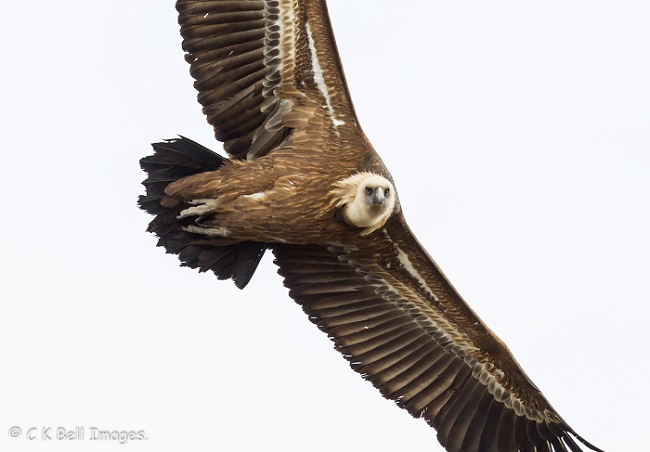 Study leader Professor Rhys Green said: "Because of the possibility of causing a major impact on vulture populations, our findings justify a precautionary ban on the veterinary use of diclofenac in Spain and encouragement of the use of meloxicam, a vulture-safe alternative drug."

His statement is supported by the British Veterinary Association President Sean Wensley. "NSAIDs [non-steroidal anti-inflammatory drugs] are important medicines for animal welfare, but alternative NSAIDs, for example meloxicam, are available as generic and affordable preparations for use in livestock. These are safe for vultures and have replaced diclofenac in India," he said, adding that BVA supported the withdrawal of permission to use diclofenac in the EU. "All veterinary products, including NSAIDs, must be safe for target species and for wildlife."

The approval of the two new drugs in Spain is especially threatening not just because Spain is home to more than 95 per cent of the European breeding population of Griffon Vulture (about 26,000 pairs), but also because other threatened scavenging birds such as Red Kite, Spanish Imperial Eagle, Egyptian Vulture, Cinereous Vulture and Lammergeier also breed here. All of them are susceptible to the effects of veterinary diclofenac.

Co-author of the study Professor Antoni Margalida said that apart from a precautionary ban, "animal carcasses favoured by vultures and carrion-scavenging birds found dead or dying at recovery centres need to be monitored for NSAID contamination".

The threat is not over-exaggerated: Diclofenac provoked near extinction (~99 per cent) of three vulture species on the Indian subcontinent in the '90s. "The Spanish government has a big responsibility to ban the use of diclofenac on farm animals, as well as responsibility for the conservation of the biggest populations of scavenging birds in the EU and one of the most important in the world. We just cannot afford to allow an environmental disaster to occur like it did in Asia," said Asunción Ruiz, SEO's (BirdLife in Spain) CEO.

The decline of vulture populations is bad news for people and the environment: vultures provide important ecosystem services by removing carcasses from the environment. This even contributes to a reduction of greenhouse gas emissions that would otherwise result from the physical removal and incineration of carcasses.

Iván Ramírez, Head of Conservation for BirdLife Europe, commented: "Science has put numbers to what we had already expressed to both the European Commission, the European Medicines Agency and the Spanish authorities: allowing the use of veterinary diclofenac in Spain is both illogical and irresponsible. European countries must take this evidence seriously and follow Asia's lead."

Green R E, Donázar J A, Sánchez-Zapata J A & Margalida A. Potential threat to Eurasian griffon vultures in Spain from veterinary use of the drug diclofenac. Journal of Applied Ecology DOI: 10.1111/1365-2664.12663

Adapted from article by Sanya Khetani-Shah on the BirdLife International website.