A small New World sparrow with a wide distribution stretching across the entirety of North America, Savannah Sparrow breeds across Canada and northern portions of the United States, with isolated, resident populations in Mexico and Guatemala. Most populations are migratory, wintering between the southern United States and northern South America. A ubiquitous small, streaky bird of open fields, the taxon is one of the most challenging complexes in North America, with no fewer than 17 recognised subspecies – and perhaps several splits involved. 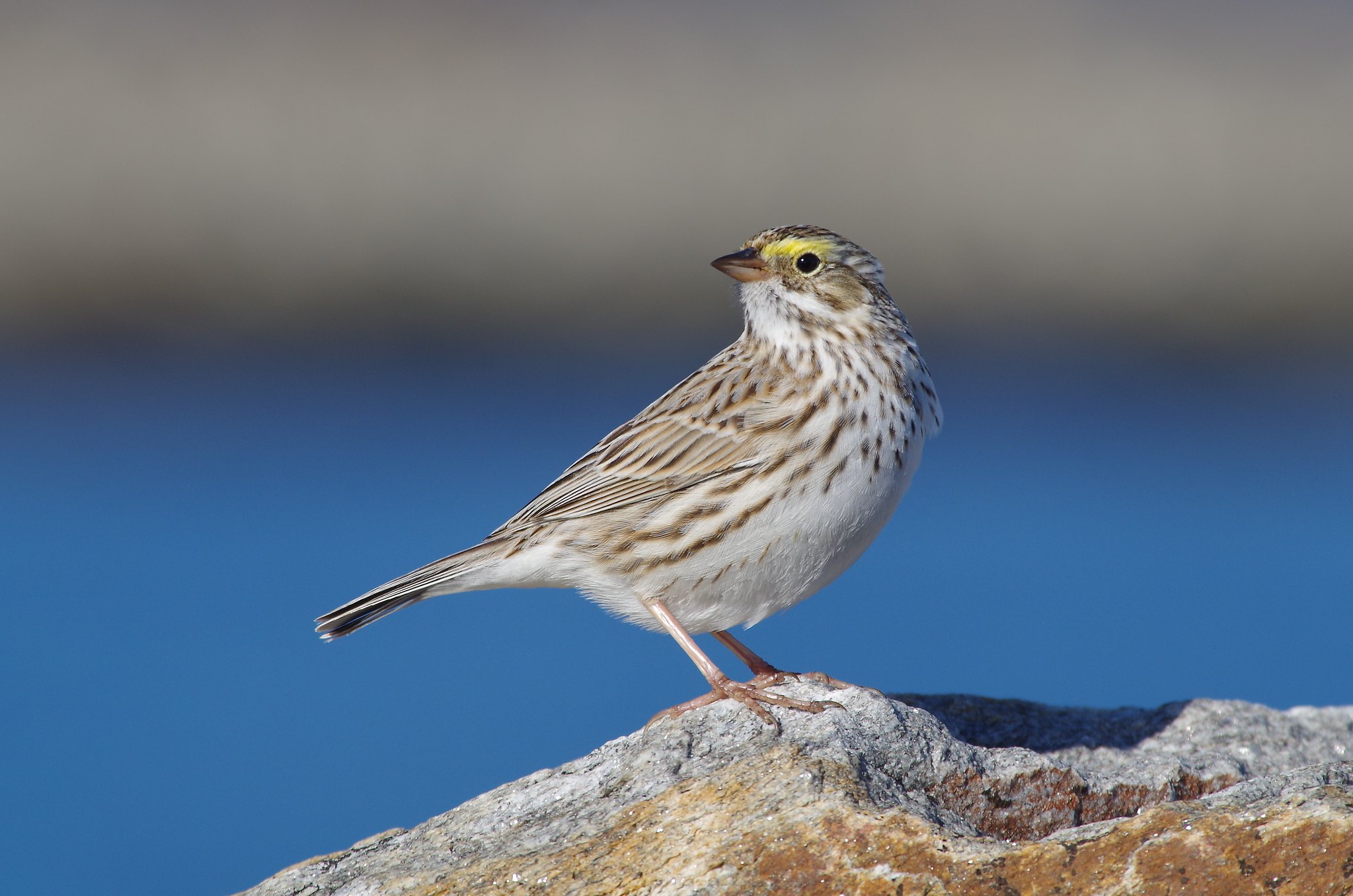 Ipswich Sparrow is currently treated as a subspecies of Savannah Sparrow (Colleen Prieto).

Ipswich Sparrow, currently treated as the princeps subspecies of Savannah Sparrow, is one of the most interesting races. First described by Charles Maynard in 1872, it was treated as a distinct species until 1973, when it was relegated to subspecies level by the American Ornithologists Union (AOU, 1973).

Phenotypically, the taxon is noticeably larger and bulkier, larger headed and also shows a longer, more conical bill – more akin to an Old World bunting than a New World sparrow. Ipswich also differs in plumage; it is pale grey in colour with greyish-brown upperparts, thin grey-brown breast streaks and whitish underparts while lacking the typical bright rufous wing covert fringing, bold face pattern and black supercilium typical of Savannah. Although Ipswich is thought to be largely indistinguishable on song, its call is higher-pitched than other Savannah races.

Discriminant analysis of morphological traits of Ipswich Sparrow versus other Savannah races found that the two clusters didn't overlap, with princeps averaging both larger and paler (Stobo and McLaren, 1975). Indeed, princeps is nearly 50% heavier than most other Savannah Sparrow subspecies. Despite this, the taxon's mtDNA is largely indistinguishable from northern Savannah Sparrow populations (Zink et al, 2005), hinting that the distinctiveness of princeps could be due to natural selection from geographical isolation.

Ipswich Sparrow numbers just 6,000 individuals and breeds almost exclusively on Sable Island – a small island situated 175 km off the coast of Nova Scotia, Canada. Famous for hosting the world's biggest breeding colony of Grey Seals, it is just 43 km long and 1.2 km in width at its widest point. A large, low-lying sandbar, it lacks natural tree cover, carpeted instead with marram grass and other low-lying vegetation.

The only British occurrence of Ipswich Sparrow took place in Dorset in 1982 (Alan Shaw).

During the winter months, the taxon migrates to Atlantic beaches between mainland Nova Scotia and northern Florida, favouring outer dune beaches (other populations of Savannah Sparrow favour less exposed areas such as saltmarshes, grasslands and open areas with scattered cover).

The only British and Western Palearctic record

Forty years ago this week, the Western Palearctic's first Savannah Sparrow was discovered at Portland Bill, Dorset, on 11 April 1982. Notably, it was an individual of the princeps subspecies, the first and only record of this race.

Twitched by several hundred birders over the course of its stay, it remained in the area until 16 April, being trapped and ringed on 12th. It even established a small territory, defended with short bursts of song delivered from the top of large limestone blocks and roosting under them at night (Broyd, 1985).

Subsequently, a further seven Savannah Sparrows have been recorded – all belonging to the nominate sandwichensis clade – including two in Britain (birds on Fair Isle, Shetland, on 30 September-1 October 1987 and 14-19 October 2003), three in the Azores, and birds at Hel, Poland, in June 2020 and Farsund, Norway, in November 2021.

Typically short-distance migrants that winter further north than other Savannah subspecies, at first glance Ipswich Sparrow may not appear the most obvious candidate for Transatlantic vagrancy. In north-eastern North America, vagrants have been recorded in Newfoundland, Québec, Ontario and Saint-Pierre, although the subspecies isn't known to have occurred further afield, with the taxon's tiny population likely weakening its vagrancy potential somewhat. 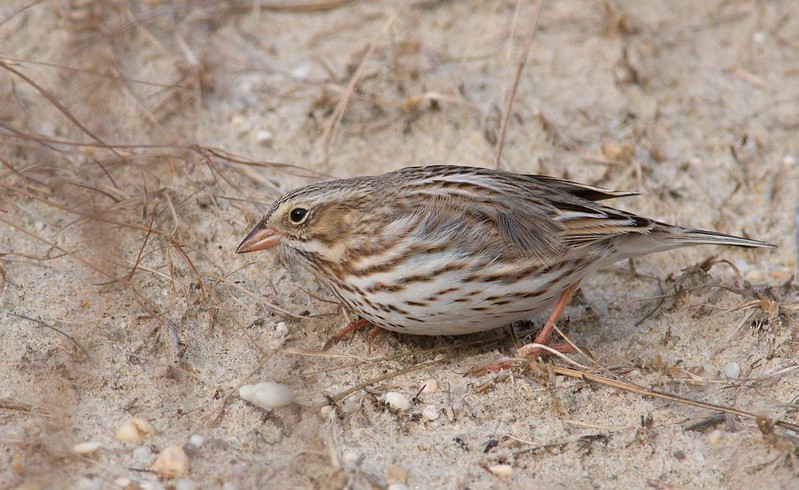 Despite this, to reach their Sable Island breeding grounds, Ipswich Sparrows head eastwards across the Atlantic in spring, which may improve their odds of Transatlantic vagrancy. The Ipswich Sparrow begins leaving its winter range between mid-March and mid-April, returning to its breeding grounds earlier than other Savannah subspecies and tallying well with the arrival of the Portland bird.

It would be easy to write off the Portland sparrow as ship-assisted, however weather systems at the time were supportive of a Transatlantic crossing, with a deep low-pressure system transiting through Nova Scotia into the Atlantic south of Iceland (McLaren and Horn, 2006).

To date, all taxonomic lists treat princeps as a subspecies of Savannah Sparrow, but it is possible that future studies will recommend its upgrade to species status. The pronounced differences in morphology, phenotype, call and lack of overlap with mainland populations certainly suggest that the taxon is worthy of further investigation at the very least.

However it crossed the Atlantic to Dorset, Ipswich Sparrow is undoubtedly one of the most remarkable Nearctic vagrants to have ever reached Britain, with its restricted range and small population making it very unlikely to ever be repeated. If split, the occurrence at Portland, Dorset, would see princeps added as a new species for both Britain and the Western Palearctic – and the only one recorded outside of north-east North America.