Nesting in the muck

For many people — birdwatchers and backpackers alike — Kazakhstan is a destination that strikes the imagination. Formerly part of the Soviet Union, most of this undiscovered and huge country is covered by vast steppe grassland, semi-deserts and deserts. The steppes in particular, covered by carpets of wild tulips in spring, are of global significance: 10% of the world's remaining grasslands are in Kazakhstan alone. The winters on the steppe are harsh and cold, and the short spring quickly makes place for a scorching summer sun.

Many enigmatic bird species find their home in these flat and extreme landscapes: Demoiselle Crane, Pallid Harrier, Sociable Lapwing and Black Lark are sought-after rarities in Western Europe and make Kazakhstan a country that many birders would love to visit.

On the Kazakh steppes, large-scale land-use and landscape changes could be observed after the collapse of the Soviet Union in 1991. Arable agriculture was abandoned on a large scale, and currently more than 7 million hectares of former wheat fields have been reconverted into steppe. Due to a collapse in domestic livestock numbers in times of economic hardship, and poaching to near extinction of natural grazers such as the Saiga antelope (Saiga tatarica), grazing patterns and intensity changed significantly on the steppes. Luckily, due to great conservation efforts by Kazakh NGOs and the government, the numbers of Saiga are increasing again, and with a growing economy the numbers of cattle and horses are recovering.

Grazing itself, but surprisingly also the presence of animal dung, has been shown to be a key factor determining suitable habitats for many steppe species. Only recently it was discovered that Sociable Lapwing and Black Lark especially have the peculiar habit of piling up animal dung in and around their nests. The use of dung in nests has only been observed in a few other bird species, and the reasons for this odd behaviour are largely unknown. Sociable Lapwings usually just place their clutches into dry dung piles, while Black Larks were even observed to carry horse dung to their nests to build walls and 'pavements' around them. As both species are declining (Sociable Lapwing is Critically Endangered) and their survival seems closely linked with the presence of domestic grazers, the study of the use of dung in nests becomes essential.

In spring 2013, an international team of researchers will be studying this behaviour on the steppes of Kazakhstan, mainly focusing on Black Larks. Black Larks are among the largest lark species (nearly the size of a Blackbird), the males being entirely black, except for some whitish fringes on the back in fresh plumage. They are restricted to the steppes of Kazakhstan, where the males also spend the winter, while the females migrate southwards. The birds breed in tall-vegetated steppe from mid-April onwards. Interestingly, sex ratios are strongly skewed and the males outnumber females by far, resulting in strong competition among males for females. During summer the diet consists of ground-dwelling insects, mainly grasshoppers and beetles.

So why would birds use dung in their nests? Several hypotheses have been formulated: the birds might use dung to attract prey (large invertebrates); to camouflage their nests with the smell of dung in order to distract predators; or perhaps to improve the microclimate in the nest during cold nights in early spring. A novel hypothesis suggests that dung might be used to avoid trampling: cattle tend not to step in their own dung and avoid dung-piles and hence might not step on Black Lark clutches. In 2013, survival of both Black Lark and Sociable Lapwing nests will be monitored throughout the season, and success related to the amount of dung at and around nests. Temperature loggers will be placed into nests to evaluate whether a large amount of dung has an impact on incubation patterns — perhaps using dung for insulation keeps the clutch warm and allows the female more time for foraging. Other hypotheses will be tested by estimating prey availability close to dung piles or predation rates of nests' dung. By experimentally letting a cattle herd graze through a field with dung piles and dummy eggs, the 'trampling' hypothesis will be tested.

The Association for the Conservation of Biodiversity in Kazakhstan (ACBK), BirdLife partner in Kazakhstan, has been running a project on the globally threatened Sociable Lapwing since 2004 in close cooperation with the RSPB. This year a small research team from ACBK and the Universities of Münster (Germany) and Wageningen (The Netherlands) has formed specifically to study the use of dung by both Sociable Lapwings and Black Larks. Not only will there be tight cooperation with local conservationists, but also one or two Kazakh students will join the research team for their fieldwork. So far BOU, FAN-B and OSME have agreed to support the project; however, more funding is needed.

If you would like more information about this project or are willing to donate towards the conservation of Black Larks and other steppe wildlife in Kazakhstan, please contact the project coordinator, johannes.kamp@uni-muenster.de. During the fieldwork season, the team will share their findings, pictures and adventures on a blog: http://blacklarks.blogspot.com. 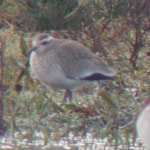 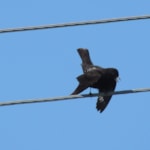