After the warmest April since records began, worms and other invertebrates that garden birds need to rear their chicks are buried deep underground. The British Trust for Ornithology's (BTO's) Garden BirdWatch team offers advice on how to help.

Across much of the UK, the hard-baked ground is making life difficult for birds such as thrushes and Starlings that probe into the soil for food. April 2011 saw average daily temperatures nearly 4°C higher than the long-term average, as calculated since 1659, and rainfall — especially in southern England — was well below normal levels. Under similar conditions last year, which included the driest period from January to June in 80 years, BTO data show that the breeding productivity of Song Thrush and Blackbird suffered, both down by 21%. Young of these species are now fledging and their parents are trying to nest again, so now is a period of high demands. 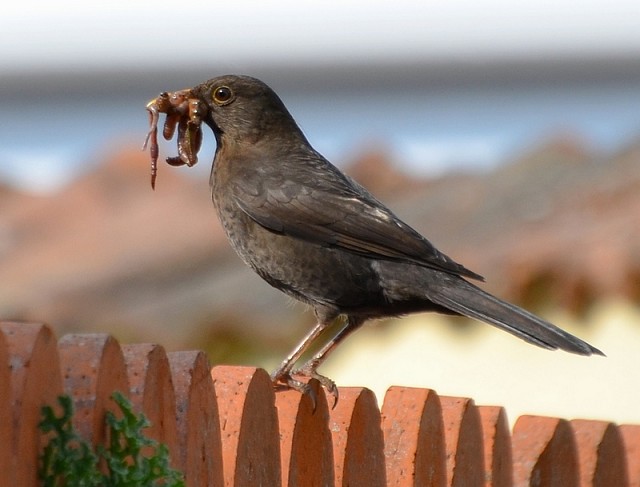 As well as harbouring valuable foods, mud itself is an important nest material. Thrushes, for example, require plenty of mud to bind and shape their nests well. Through the year-round BTO Garden BirdWatch survey we know that Blackbirds occupy around 95% of gardens at this time of year, while Robins visit around 85%, Song Thrushes 30% and Mistle Thrushes 5%. Other species such as the darting Nuthatch and the scintillating Swallow and House Martin also appear in good numbers. All of these birds require soft mud in order to build robust nests, so it is important that people do what they can to help. 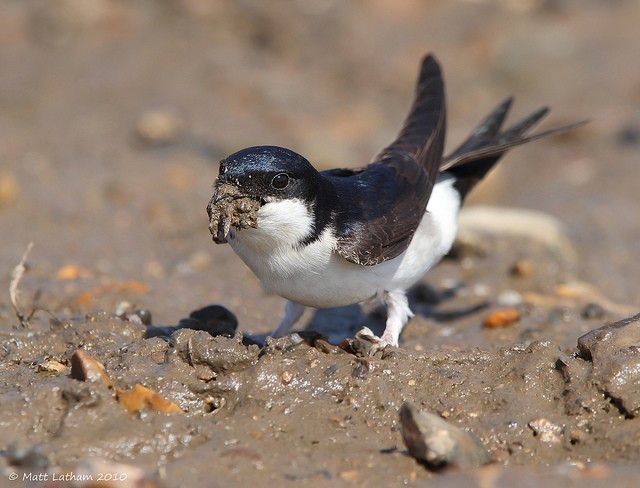 The BTO's Garden BirdWatch team recommends that householders sprinkle their lawn with water early in the morning or late in the evening, thereby avoiding the warmest part of the day when much will evaporate. Watering should be focused on well-shaded areas for the same reason, particularly those that are shaded during the morning, which will encourage dew to form that some species will drink. Importantly, sprinkling will also bring much-needed invertebrates closer to the surface. Provide a reliable source of fresh water for drinking and bathing, and ensure that bird baths and feeders are cleaned regularly. By keeping a record of birds that visit gardens through BTO Garden BirdWatch people can also help to reveal the bigger picture of how birds are doing.

Dr Tim Harrison of BTO Garden BirdWatch commented: "Fledglings of many species, including Robin, Blackbird and Song Thrush, are already cropping up in gardens this spring. For them, life can be tough as they search for food in the current arid conditions. By taking a few simple steps — like sprinkling the lawn, providing fresh water and feeding invertebrates such as mealworms — people can give these youngsters a better chance of survival."

He added: "Another big way to help is by becoming a Citizen Scientist with the BTO. If you watch birds in your garden for at least a few minutes during most weeks then you can easily get involved in BTO Garden BirdWatch. A new three-week 'taster' version of the survey is helping even more people to give the survey a go and to chart the fortunes of garden birds."