Ground-breaking new research has revealed that neonicotinoids may cause migrating songbirds to lose their sense of direction and suffer drastic weight loss.

The research, published in Scientific Reports, is the first to demonstrate the direct negative impact of insecticides on songbirds, extending the known effect beyond insects to also include vertebrates.

During a spring migration, the researchers captured White-crowned Sparrows, which migrate north from Mexico and the southern United States to their breeding grounds in Canada. The sparrows which were then fed daily for three days with either a low or high dose of imidacloprid (a neonicotinoid) or chlorpyrifos (an organophosphate). Laboratory experiments showed that the neonicotinoids changed not only the sparrows' migratory orientation, but also their fitness: the birds also lost up to 25 per cent of their fat stores and body mass. Both of these are detrimental to how a bird successfully migrates.

"These chemicals are having a strong impact on songbirds. We are seeing significant weight loss and the birds' migratory orientation being significantly altered," said Margaret Eng, who led the study. "Effects were seen from eating the equivalent of just three to four imidacloprid-treated canola seeds or eight chlorpyrifos granules a day for three days." 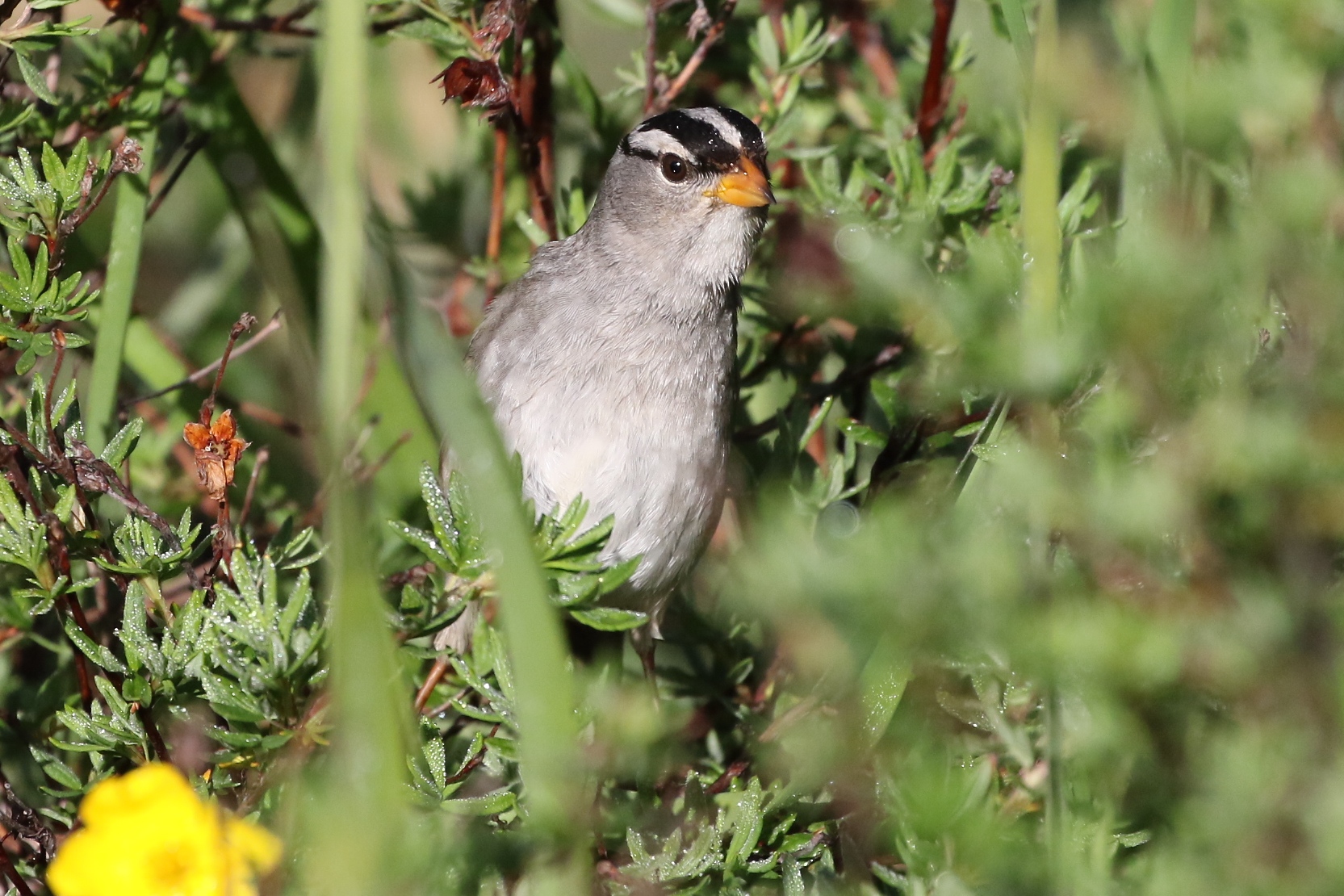 Neonicotinoids have become the most popular class of insecticides among farmers because they are very successful at killing pests and are easy to apply. However, farmland birds have declined drastically in North America and Europe in recent decades and pesticides have long been suspected as playing a role. The first evidence to suggest that was the case came in 2014, when a Dutch study found that bird populations fell most sharply in the areas where neonicotinoid pollution was highest, with Tree Sparrows and Swallows among those most-affected species.

"In the past farmers might have placed an insecticide into a crop-duster and would spray their fields with the insecticide. However, now farmers have access to seeds that in many cases are already coated with neonicotinoids," said Christy Morrissey, University of Saskatoon biology professor. "Birds that stop on migration are potentially eating these seeds, but can also mistakenly ingest the chlorpyrifos pellets for grit, something they normally eat to aid in the digestion of seeds."

"What surprised us was how sensitive and rapid the effects were, particularly to imidacloprid," added Morrisey. "The birds showed a significant loss of body mass and signs of acute poisoning (lethargy and loss of appetite). The migration trials also showed that birds completely failed to orient or changed their northward orientation."

Many small migratory songbirds use agricultural land as a stop-over to refuel in spring and autumn. Insecticides are widely used in North America, although their affects on migratory ability had not been tested previously. Neonicotinoids were thought to have a lower toxicity to vertebrates, but the results proved them to be more harmful to songbirds than the older organophosphate chemicals. 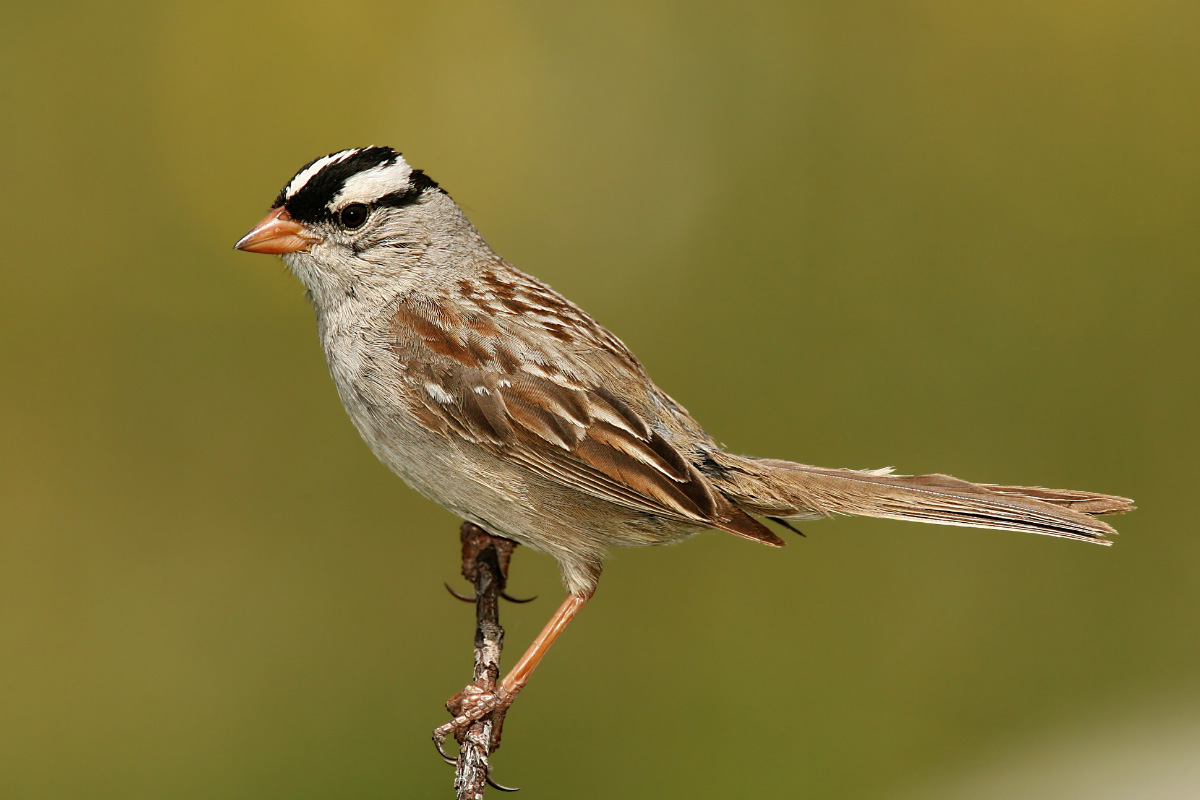 The effects noted in White-crowned Sparrows are probably just the tip of the iceberg when it comes to the impact of pesticides on birds (Wolfgang Wander/commons.wikimedia.org).

"We were encouraged that most birds survived and could recover following the cessation of dosing," added Eng. "But the effects we saw were severe enough that the birds would likely experience migratory delays or changes in their flight routes that could reduce their chance of survival or cause a missed breeding opportunity."

Morrissey said that the research "could have major implications for regulation decisions of these pesticides. Imidacloprid and chlorpyrifos are highly controversial for their safety to the environment or to humans and a decision on a proposed imidacloprid ban in Canada is being considered, with the federal government expected to make a decision on imidacloprid and its use in Canada sometime in December."

The team is now analysing data from radio-tagged birds that were fed even smaller doses of the neonicotinoid, although even this appears to be affecting their migration. Morrissey explained that scientists are only just beginning to understand the effects neonicotinoids have on birds, telling The Guardian: "Pesticides have long been speculated as being one of the drivers of farmland bird declines, but we are only just barely touching the edge of that and understanding how pesticides can affect birds."