More environmental issues predicted as a result of global warming

Adapting to climate change could have profound environmental repercussions on people and wildlife, according to a new study from the University of East Anglia. Research published in the journal Nature Climate Change reveals that adaptation measures have the potential to generate further pressures and threats for both local and global ecosystems.

Lead researcher Dr Carlo Fezzi, from the UEA's School of Environmental Sciences, said: "Climate change is a just a little bit more complicated than we previously thought. We need to take into account not only the direct impact of climate change, but also how people will respond to such change. This is a whole new dimension to the climate change adaptation debate."

The research team looked at the interaction between agricultural land use and river water quality, both of which will be heavily impacted by climate change. They studied land use and river quality from more than half a million records covering the whole of the UK and dating back to the early 1970s. They used computer models to predict not only how climate change would lead to agricultural changes, but furthermore at how these agricultural changes would impact water quality. 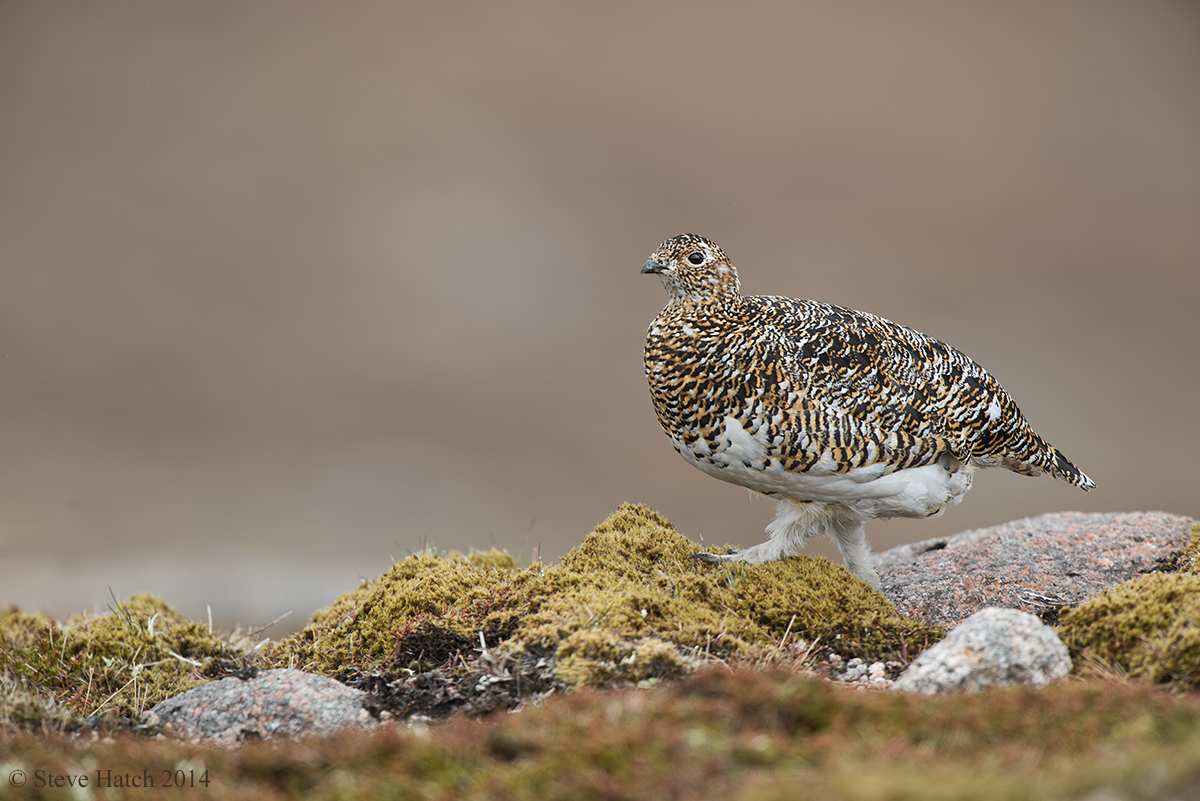 Despite being potentially better for some forms of agriculture, a warmer average climate will further shrink the small amount of habitat available for species such as Ptarmigan (above) and Dotterel in Britain (Photo: Steve Hatch)

Dr Fezzi added: "We found that a moderately warmer climate in the range of between 1°C and 3°C will be mainly beneficial for agriculture in Great Britain. Particularly in the eastern uplands and midlands, warmer temperatures will boost crop yield and allow for more livestock. But some localised losses can be expected, particularly in the east of England where lower rainfall may increase the risk of drought."

"This intensification in agricultural practices in response to climate change, however, will also create new environmental pressures. For example, [these] will have a knock on effect for water quality because they will cause increased amounts of nitrates and phosphates in streams and rivers. This will particularly impact the eastern uplands and Midlands, where temperature rises will allow significant increases in agricultural production. It will significantly increase the effort necessary to achieve water quality standards required by the EU.

"But the problem is not restricted to water quality. Adaptation may have an impact on water availability, wildlife, biodiversity, carbon policies, and the amount of recreation space. And of course farming is not the only industry that may need to adapt to a warmer climate. Energy demand and production, fisheries, forestry and health services would all need to adapt as well, and each would have its own knock on effects."

"This does not mean that adaptation is bad and that we should develop policies to discourage it. That would be very shortsighted. But we should make sure we adapt in an environmentally sustainable way. Climate change is a long-term process and science allows us to anticipate its impact on both the environment and society. This should encourage the development of forward-looking policies."

"Instead of waiting for ecosystems to be in danger and then trying to save them, we can anticipate a potential problem and do something about it before it becomes an actual threat. Prevention is better than cure."

Fezzi C, Harwood A, Lovett A, and Bateman I. 2015. The environmental impact of climate change adaptation on land use and water quality. Nature Climate Change 5: 255-260.