If you were minded to run a marathon, you probably wouldn't attempt it without any training whatsoever; yet scientists have discovered that this is exactly what Barnacle Geese do before they set off on their epic migrations. They found that flying for just 22 minutes a day is enough to keep the birds' flight muscles in good enough condition to cover the 2500 kilometres from the Arctic to southwest Scotland. "The same is likely to be true for all migratory birds," says Dr Steven Portugal from the Royal Veterinary College, lead author of the study, published in Biology Letters.

Scientists have long known that migratory birds' flight muscles tend to bulk up considerably before they set off. But they don't yet know exactly how this happens. On the face of it, their muscles aren't vastly dissimilar to ours, so researchers have suggested that — just like us — migratory birds would have to exercise to prepare for a long-distance flight. "It's not unreasonable to assume that to get bigger muscles, birds would have to exercise more, like we do," says Portugal. 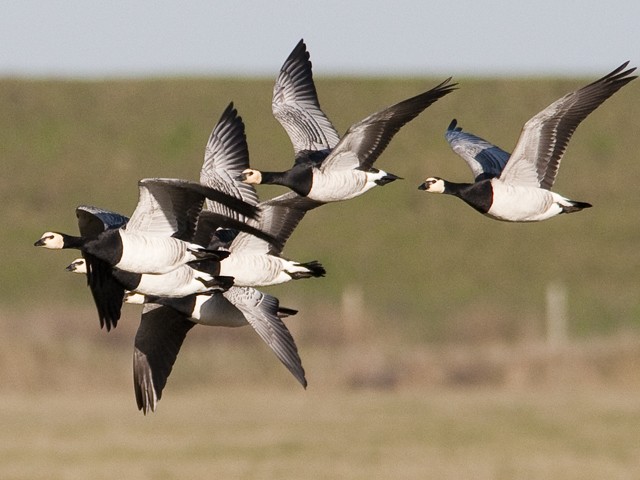 But evidence from captive birds suggests that this assumption isn't right at all. Scientists have noticed that their muscles waste away or bulk up without any change in muscle use or increase in exercise levels. Portugal and colleagues from the UK, Australia and Canada set out to find out whether or not wild Barnacle Geese spend more time flying to exercise their muscles before their spring and autumn migrations. To do this, they tracked six geese throughout the year, recording their heart rates to find out how much time they spend in the air.

"It's easy to see from their heart rate when they're flying", explains Portugal. "When they're on the ground looking for food, their heart rate averages about 80 beats per minute. But this rises to 400 beats per minute when they fly. Flying is really hard work, so they limit it." This is the first time anyone has measured both time in flight and heart rate in a migratory bird. "It's not easy to do; you have to track them for 24 hours a day," says Portugal.

He and his colleagues found that the geese didn't spend any more time in the air immediately before a migration than at any other time of the year. "To not see any increase is quite surprising, because they can fly for up to 24 hours at a time non-stop on migration, and complete a 2500-kilometre journey in under a week. That's a lot of time flying. They should in theory be flying around a bit more, but it looks like the birds' muscles just get bigger, right on cue for migration." 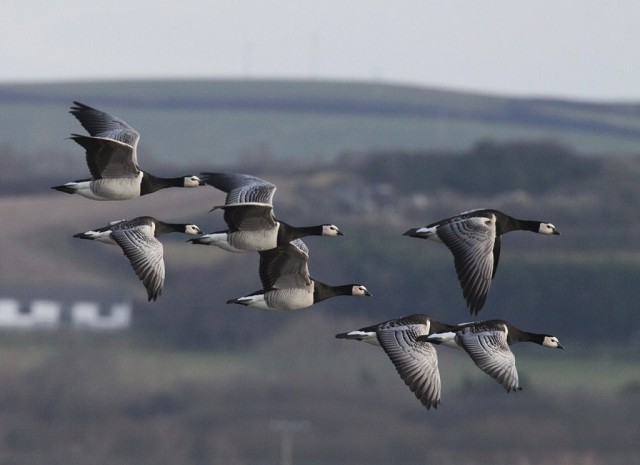 Portugal added that the extra weight that birds put on before they migrate might be enough to exercise their flight muscles. "Their mass increases, which means the effort they have to put into flying also increases. So it's like a kind of passive exercise."

Other researchers have found that key components of many birds' metabolic pathways rise just before they migrate. "But these components don't seem to be stimulated by an increase in exercise," Portugal explains. "The changes in the flight muscles we see could be to do with hormones or light levels. The next area for research will be to look at the birds' hormones to see if they're controlling what's going on."

The study could be relevant for astronauts and people who are bedridden. Lack of use means their muscles slowly waste away; scientists call this atrophy. "We know how atrophy occurs. But if we can figure out how the opposite happens, how muscles can bulk up without exercise, we may be able to use that knowledge to stop astronauts' and bedridden patients' muscles wasting away," said Portugal.