Migration equates to a shorter life

The stress of birds' continent-spanning annual migrations appears to lead to faster ageing and a potentially earlier death, according to a new study published in The Auk: Ornithological Advances.

The study reveals that telomeres, structures on the ends of chromosomes that shorten with age, are shorter in migratory birds than in their non-migratory counterparts.

Migration lets birds take advantage of abundant food resources at high latitudes during the breeding season while escaping the region's harsh winters. However, it's also an enormous undertaking, and the benefits that birds gain from it come with a cost. Carolyn Bauer of North Dakota State University and her colleagues compared the telomeres — bits of non-coding DNA that shorten during cell division and stress — of migratory and resident Dark-eyed Juncos. They found that the migrants had significantly shorter telomeres than birds that stayed put year-round, suggesting that the migratory birds were ageing at a faster rate and that the stress of a migratory lifestyle may actually be shortening the birds' lifespans. 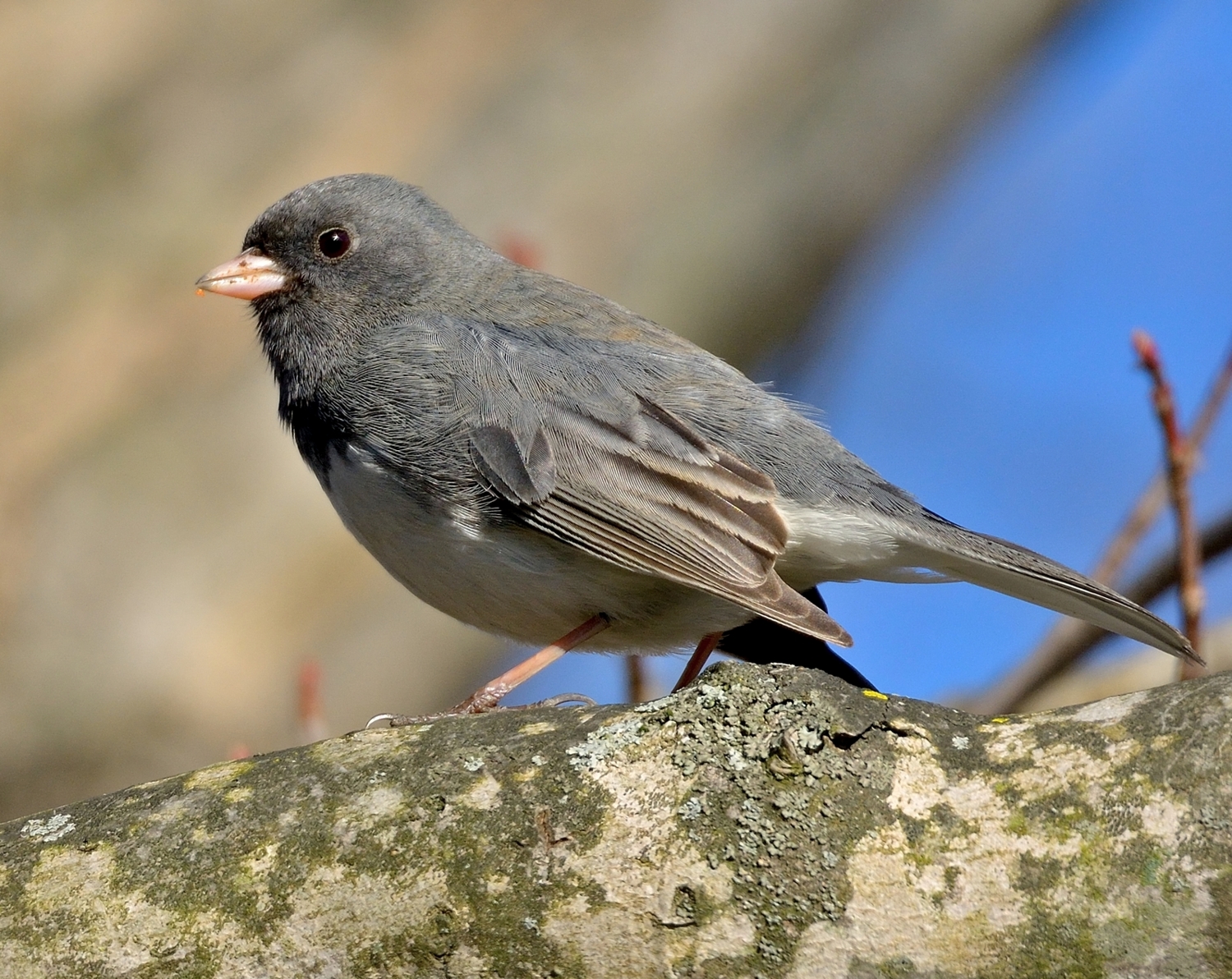 "Whenever our cells divide, we lose a little bit of DNA on the ends of our chromosomes, and telomeres are simply non-coding regions that act as protective caps," explains Bauer. Once they reach a certain threshold of shortness, the cell dies. Importantly, exposure to stress can also make telomeres shorten faster. For their study, Bauer and her colleagues collected blood samples from 11 migratory and 21 resident juncos in Virginia, using only first-year birds to ensure that any telomere differences were not simply due to age. "I've been interested in measuring telomeres since I was undergraduate at the University of Washington," adds Bauer. "I remember my introductory biology professor lecturing about telomeres and how environmental stress could cause them to shorten."

If migrating is so stressful, why keep doing it? Bauer and her colleagues believe that the costs of migration must be balanced out by the reproductive boost birds get from nesting in resource-rich northern habitats. They hope that future studies will determine whether shorter telomeres reflect the stress of migration itself or if they're the result of decreased self-maintenance, as well as whether telomere length is negatively correlated with migratory distance.