Many UK-breeding birds that migrate to Africa for the winter have undergone dramatic declines in recent decades. New BTO research shows that both winter habitat and the geographical regions visited had a significant effect on population trends between 1994 and 2008, as measured by data from the Breeding Bird Survey. Species overwintering in the tropical Humid Zone of west and central Africa (including the Congo basin where our tagged Cuckoos are currently located) declined more rapidly than migrants wintering in other regions. This might be because Humid Zone species have not advanced their return migration dates as much as species wintering further north, and are therefore not keeping pace with earlier springs in the UK. Humid Zone species affected included four on the Birds of Conservation Concern Red List: Turtle Dove, Tree Pipit, Spotted Flycatcher and Cuckoo.

However, generalist species — including the House Martin from the Humid Zone — did well no matter where they wintered. This is because their ability to adapt to a wide range of habitats allows them to cope with changes to land use in their wintering grounds, for example deforestation and agricultural intensification. Conversely, habitat specialists, such as Nightingales and Garden Warblers that rely on understorey and scrub, are likely to be adversely affected by accelerating habitat changes in their wintering grounds, compounding similar effects on their breeding grounds. This study highlights the difficulties and complexities in defining the numerous and often interacting factors underpinning population changes. Further research is needed if we are to protect our migrant birds effectively. 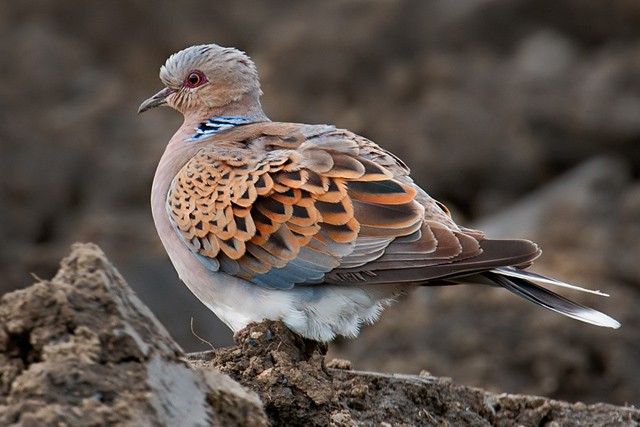 The Nightingale is one Humid Zone winterer that has shown strong declines on its British breeding grounds — Breeding Bird Survey results indicate that, between 1995 and 2009, the British Nightingale population decreased by 57%. Within Britain, its distribution has always been restricted to the southeast. Atlas data since the 1960s, however, have shown a clear contraction of breeding range away from its western and northern limits. One possible explanation for the decline is that habitat suitable for Nightingales to breed in is becoming scarcer. The BTO is also investigating the problems they may be experiencing wintering grounds and on migration, following a study in 2009 that investigated the movements of tagged Nightingales. 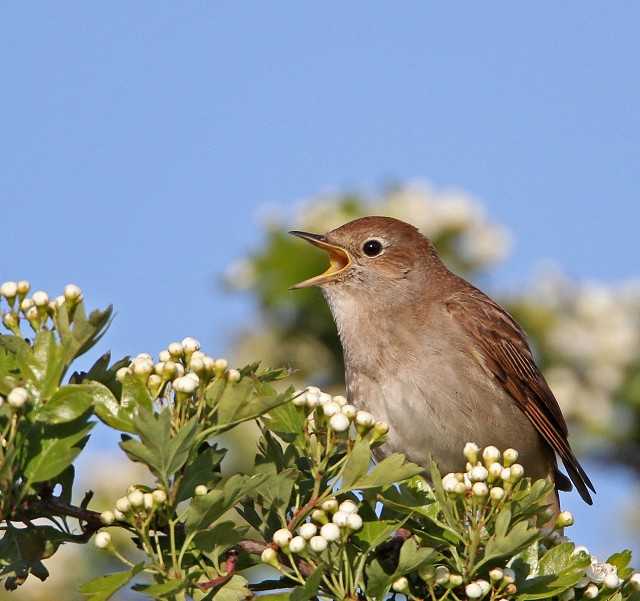 In spring 2012, BTO volunteers will be conducting a full survey of breeding Nightingales across Britain, supported by the Nightingale Appeal. The main aim of the survey is to map all singing males and compare their numbers and distribution with the previous 1999 Nightingale Survey. Knowing where Nightingales are in 2012, and which habitats they are using, will greatly aid their conservation in future years. For example, there may be opportunities to create woodland habitats, suitable for nesting, in areas where the availability of habitat appears to be limiting population growth, or to give greater protection to Nightingales in key areas.

A completely new element of the 2012 survey will investigate how many males are singing at night later in the spring. New research (Amrhein et al.) suggests that only unpaired males continue to sing during the darkest hours of the night, whereas all territorial males sing in the daytime (especially at dawn and dusk). We hope to discover whether the proportion of night singers varies systematically, for example with Nightingale density, with habitat, or with distance from the edge of the range. Again, any new information will help to focus conservation efforts for this exceptionally charismatic species. Find out more about methods for Nightingale Survey 2012 here.