I made the mistake of sending in the October report a few days before the end of the month, thinking that little else would be reported. How wrong I was! On 26th, a Monarch butterfly was observed at Castlemorton (MOD land), on the Pembrokeshire coast; Flame Brocade moths came to light at both Portland Bird Observatory and Wyke Regis, Dorset on 29th; a Radford's Flame Shoulder came to light on St Agnes, Isles of Scilly on 29th; and a second Monarch was observed by birders on Tresco, Isles of Scilly on 29th. Another Radford's Flame Shoulder came to light at Puddletown, Dorset on 30th; and last but not least, I was thrilled to catch a Silver-striped Hawk-moth at Swanage, Dorset on 31st. 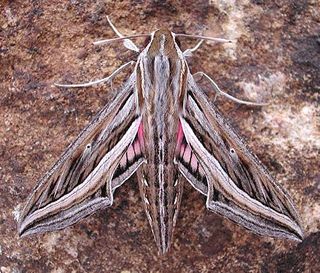 November usually signals the end of insect migration for the year, but not so this year. A good number of species were recorded throughout the month, despite less than ideal weather conditions.

The butterflies were also out in force during November, making the most of the brief sunny periods between the showers. A Monarch was observed near a pub at Angarrack, near Hayle, Cornwall on 12th. It's not known if the recorder visited said pub before submitting the record! Clouded Yellow were seen at several south coast sites during the first half of the month, including four on Thorney Island, on the Hants/Sussex border on 4th. Freshly emerged Clouded Yellow butterflies could still be found at a known breeding site near Bournemouth, Dorset between 24th and 26th. Only three Painted Lady were recorded during the month - at Portchester, Hants on 11th, Portland, Dorset on 16th, and Southbourne, Dorset on 17th. Red Admiral were reported on most days throughout the month.

You can send in your migrant butterfly or moth records by either completing the form on the website www.migrantmoth.com, or email steve@migrantmoth.com.
Written by: Steve Nash