A new study, published in the journal Proceedings of the Royal Society B, has found that mercury pollution levels in the feathers of Ivory Gull has increased almost 50-fold over the past 130 years.

The Canadian team that undertook the research warned that such high levels of mercury pollution could affect the species' ability to reproduce and raise chicks, and the problem will only increase if mercury levels continue to rise in the birds.

Atmospheric mercury originates from natural sources, such as volcanic eruptions, as well as anthropogenic activities such as the burning of coal. The rapid rise in mercury pollution within Ivory Gulls without obvious dietary shift hints that anthropogenic mercury is having a clear impact on the birds.

Lead researcher Alex Bond told BBC News: "We're concerned because the mercury's going up but their diet hasn't changed over the 130 years we've studied. This is a genuine increase — it's gone up 45 times, which is twice the average for an animal species in the Arctic." 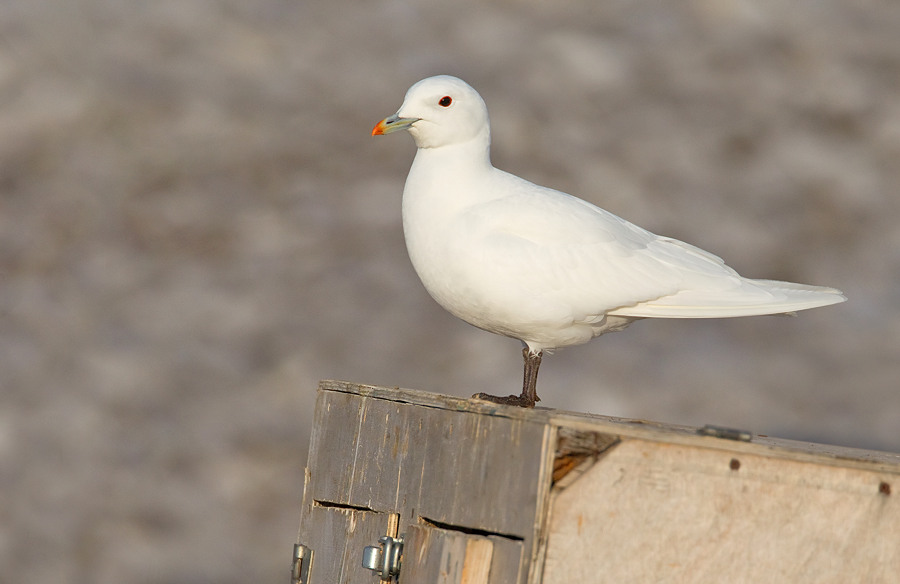 Ivory Gull has declined by as much as 80 per cent in Canada since the 1980s and is classified as Endangered. Elsewhere, it is considered Near-threatened. The impact of the expected rise in atmospheric mercury levels on the species could be dire. "We figure in the next 50 to 70 years, we're going to see deleterious effects such as reduced reproduction and an inability to forage or find a mate or raise a chick every year," added Dr Bond.

Recent research has shown that Ivory Gull has a heavy reliance on sea ice; the birds' migration routes and timing have recently been shown to be intricately linked to its formation and extent. The species’ resulting vulnerability to climatic warming, coupled with this latest news, paints a worrying picture for future of the species.

While there is particular concern about mercury pollution in Ivory Gulls, other species high in the food chain — in whose bodies greater concentrations of mercury accumulate — are at risk. Mercury levels are rising in fish such as Burbot as well as Ringed Seal and Beluga Whale.

Rod Downie, Polar Programme Manager at WWF UK, commented: "This is further clear evidence of the global and circumpolar impacts of human activity on Arctic wildlife, which is already stressed by the most pronounced climate change on Earth. Action is needed to reduce contaminants from entering Arctic ecosystems, as required under existing international conventions, and to urgently tackle climate change."