A global map of alien bird species has been produced for the first time by a team of researchers, led by University College London (UCL).

The study, published in PLOS Biology, shows that human activities are the main determinants of how many alien bird species live in an area but that alien species are most successful in areas already rich with native bird species.

For the study, the researchers collected and analysed data on the movement of almost 1,000 alien bird species between 1500 and 2000 AD. This was used to create a new open access database which was then analysed for patterns in the context of historical events and natural environmental variation.

Professor Tim Blackburn of UCL explained: "One of the main ways humans are altering the world is by moving species to new areas where they do not normally occur. Our work shows why humans have been moving these 'alien' bird species around for the last 500 years — primarily through colonialism and the increasingly popular cage bird trade — and why some areas end up with more species than others." 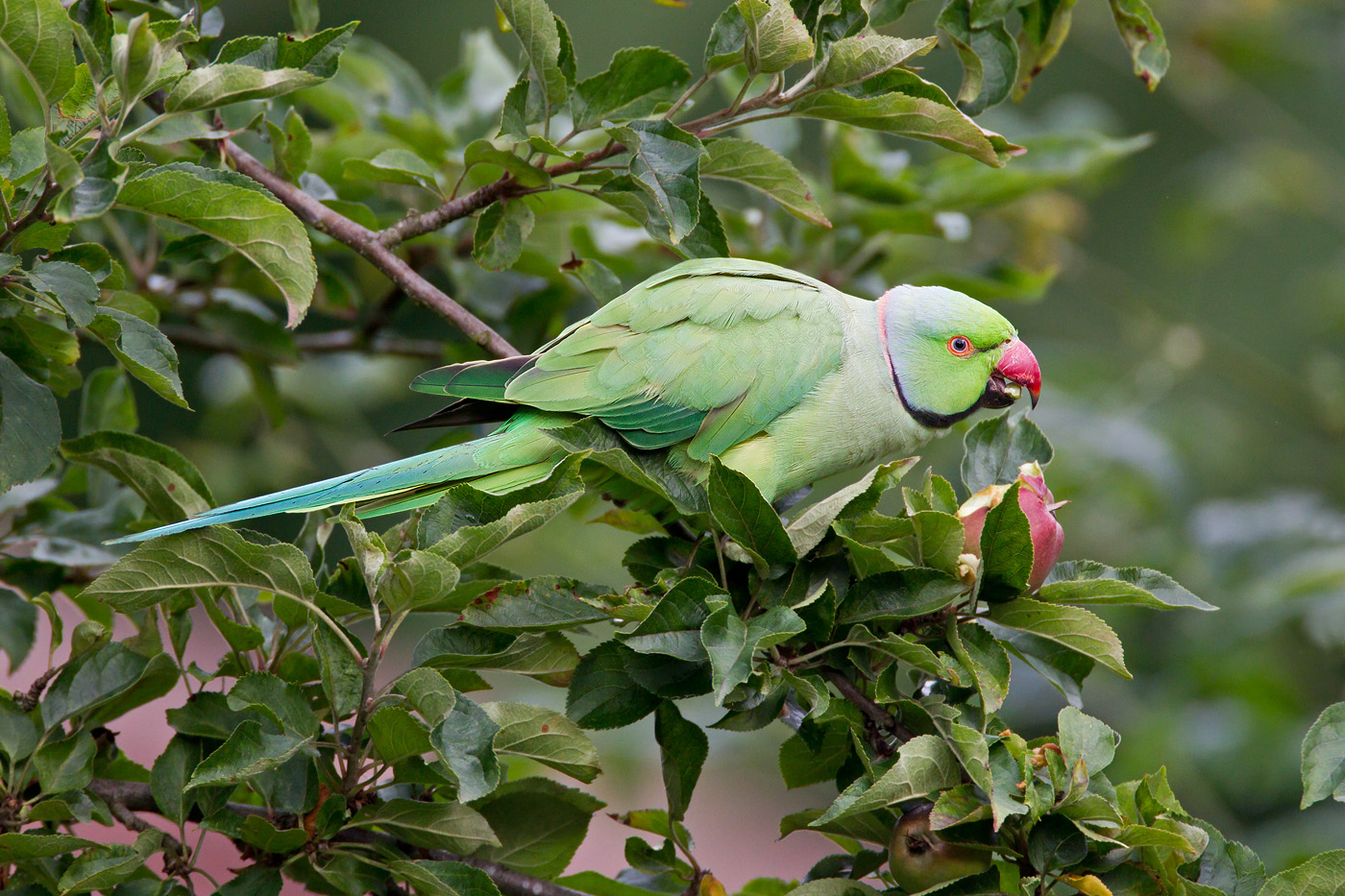 Both adaptable and resilient, Ring-necked Parakeet is among the most successful of all introduced bird species worldwide (Photo: Ivan Ellison)

More than half of all known bird introductions were found to occur after 1950, likely driven by the cage bird trade, and the researchers say this trend is expected to continue.

Dr Ellie Dyer, first author of the study, commented: "We've been able to map alien species richness for an entire group of organisms for the first time in such detail that we can locate populations and the historical processes that led to their introduction. It has given us valuable insights into the different stages of species invasion — humans play a key role, but so too do environmental factors that allow alien bird species to thrive in new locations."

The rate of introductions increased sharply in the middle of the nineteenth century as Europeans, particularly the British, purposefully exported beneficial birds to new territories. 'Acclimatisation Societies' moved birds such as ducks, geese, pheasants, partridge, and pigeons to (and from) colonies during this period.

Another acceleration happened after World War II, and continues to the present day. This is most likely driven by growth in trade: many alien bird species introduced in recent years include popular cage birds such as parrots, finches and starlings. Analysis suggests more alien birds are introduced where people have more disposable income — in many areas, owning an alien bird is a symbol of status, and sometimes species escape or get released.

These historical factors are the main reason why the global map of alien birds shows most species today are found in the mid-latitudes. This is where former British colonies and countries with high GDP are located. Hotspots include the US, Japan, Taiwan, Hong Kong, New Zealand, Australia, and Persian Gulf states.

"The term 'the rich get richer' certainly applies here. Areas that are good for native birds are also good for alien birds. This isn't a new observation, but it's the first time we've been able to show it factoring out the key effects of historical human actions," explained Professor Blackburn. "However, the global bird trade continues to grow, which means we can certainly expect alien species richness to continue to grow in the foreseeable future. It's a worry because aliens may threaten the survival of native species."