Beginning back in 1928 and still in operation today, the Heronries Census is the longest-running census co-ordinated by the British Trust for Ornithology (BTO) and it has now gone digital.

The Heronries Census collects annual counts of 'apparently occupied nests' in UK heronries and uses the data to monitor the population sizes of Grey Herons and Little Egrets. For the last 88 years, the Census has provided an annual estimate of the total UK breeding population of Grey Herons: this is the longest series of such data for any bird species in the world, with around 400,000 nests documented over that time.

Counts are made at heronries by the BTO's volunteers. It is one of the simplest surveys and requires no special skills. Until now, most counts have been mailed to BTO on special cards but, from 25 June, the option of direct online input of data became available to our observers for the first time. 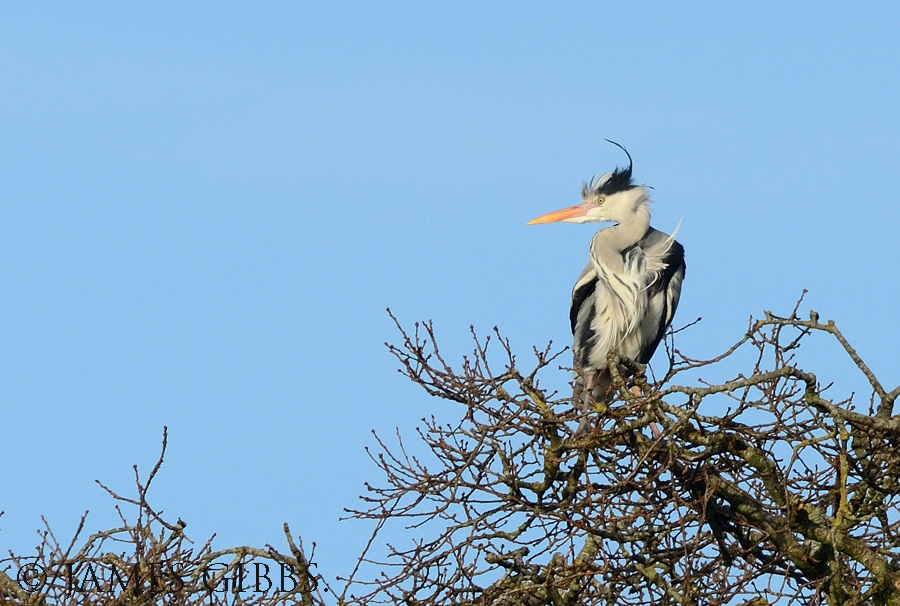 John Marchant, National Organiser of the Heronries Census for the BTO for the last 22 years, said: "Going online is the most important development in the long history of the Heronries Census. It will make it easier for existing volunteers to contribute and will open the scheme up for members of the public to report new nesting sites for herons and enter casual counts of nests apparently occupied. We hope in due course to expand the concept to cover more species that habitually nest in colonies, such as Rooks and inland-nesting Great Cormorants."

Online data input is now available for all of the BTO's major surveys, alongside the submission of paper forms. The online option has quickly become mainstream for other surveys and a rapid take-up is expected for the Heronries Census.

The long-term information shows a general increase in numbers, though there has been a strong downturn since 2001, perhaps due to recent cold winter weather and the increasing frequency of spring gales. The most striking feature in the trend over the last 88 years is the effects of harsh winters, which leads to high mortality rates and a clear dip in the population levels.

More information can be found at www.bto.org/volunteer-surveys/heronries.