A 30-year study of Bonelli's Eagle populations in western Europe has revealed that the birds are most at risk in northern Spain, researchers from the University of Barcelona have shown in a new paper.

The species is a characteristic bird of prey of the Mediterranean area, as well as one of the region's most endangered avian species. Two of the study's lead authors, Joan Real and Antonio Hernández-Matías of the university's Biodiversity Research Institute (IRBio), set out to analyze key vital rates in Bonelli's Eagle populations between 1980 and 2009. They conducted long-term monitoring of the Iberian peninsula and France in order to know demographic relationships among populations, as well as to understand population dynamics throughout the western part of the continent (where the birds are more at risk). 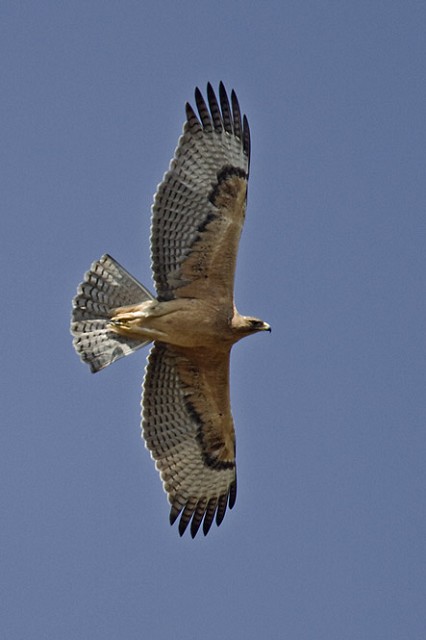 "Bonelli's Eagle does not have a large distribution across Europe. The northwest edge is located in southern France and the most southern populations are in Portugal and Andalusia," Real said. "We have been performing [...] an annual analysis of Bonelli's Eagle populations in Catalonia for thirty years. This work, together with other analysis carried out by European research groups, has covered for the first time the whole eagle population."

Their research has enabled Real and Matías to study the creatures in a homogeneous manner, as well as to study their demographic evolution for conservation purposes. They found that the eagle populations are not isolated in the Iberian peninsula (in the extreme southwest of Europe). Rather, Matías said, "our complex model confirms the presence of large-scale spatially structured population with source-sink dynamics in the peninsula."

In other words, as the authors explain in the Ecological Society of America journal Ecological Monographs, populations located throughout the region could be essential to the overall survival of the Bonelli's Eagle in the peninsula, and perhaps even throughout the continent. This is said to be the first study to provide an in-depth analysis of differences between vital rates in eagle populations in Europe.

"These differences are due to human activity and environmental, geographical and climatic conditions," the university said. "Most populations in northern Iberia, where rural areas are underpopulated and tree-covered, are at high risk (high adult mortality rate, decreased fertility, etc.). However, in southern Iberian populations, who live in warmer areas where traditional activity continues, demographic parameters are better."

"The species coexist well with traditional agriculture and farming managed in a sustainable way as they facilitate prey presence," Real added. However, if those activities cease, it could result in habitat change and the loss of prey, making it difficult for the eagles to survive. Furthermore, "excessive human activity" such as intensive farming or urbanization could also disrupt breeding sites and otherwise negatively impact the birds' survival rates.

The investigators believe that their findings emphasize the necessity of accounting for spatial structure, subpopulation heterogeneity, dispersion processes and main uncertainty sources regarding the Bonelli's Eagle in the future. They added that it will be important to consider the potential effect of habitat fragmentation and other ecological factors in order to improve predictions about the potential impact of global change on the species.