June was, generally speaking, pretty quiet. Most of the harder-to-come-by species didn't linger and the main event refused to co-operate much in terms of being seen well. A first-summer male Common Rosefinch took up residence in the Stonebridge Lock area of Tottenham Marshes between the 13th and 16th (heard only briefly on the morning of the latter date). Although it sang regularly, and often at close range, it was amazingly elusive and tended to be seen fleetingly in flight and occasionally perched (almost as equally fleetingly). This was the ninth for London and the first since September 1997.

A Great White Egret went over South Woodford on the 11th, and the following day produced a report of a small, unidentified but predominantly blackish, vulture sp. Lacking a tail, it was initially seen heading north over Mitcham at 17:20 then north over Richmond Park some ten minutes later. What was obviously the same bird went over Raynes Park three days later on the 15th. Presumably it came from a collection somewhere.

A Hoopoe at Abbey Fields, Chertsey, on the 8th and 9th was another bird that proved elusive for some of its seekers. What must have been the same was reported from either side of the Thames near Dumsey Eyot (south of the junction of Littleton Lane and Chertsey Bridge Road) on the 19th, while a further bird turned up at Fairlop Waters on the 16th. A Golden Oriole singing for an hour from poplars at Ham on the morning of the 30th was a decidedly late occurrence.

The long-staying 'dodgy' Ruddy Shelduck was again at Tyttenhanger GPs. It was seen flying south from there on the 12th and what may have been the same was then in the Barking Bay/Crossness area intermittently between the 19th and 28th (and back at Tyttenhanger on the 21st). The London Bird Reports have been well furnished with escapes and ferals of this species over the decades but the last mention of bird(s) with 'better credentials' than the current one was in 1994. Two sites reported Garganey: a male was at Rye Meads on 3rd and two of the same gender were at the London Wetland Centre on the 4th and 5th. The drake Scaup was still at Walton Reservoir on the 1st and 2nd and a group of six Common Scoters bobbed about the north basin of Staines Reservoir on the evening of the 8th. A season-defying female Red-breasted Merganser was on the Thames at Crayford and Rainham Marshes between the 15th and 29th at least — not your usual summertime daylist species in the big smoke, it has to be said. 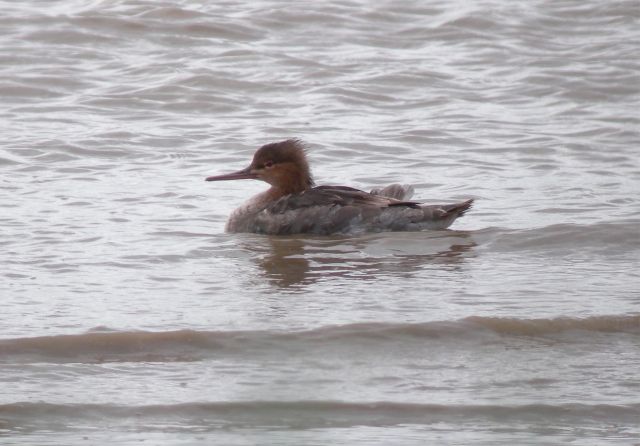 A Honey Buzzard was reported drifting east over Morden at 09:25 on the 27th while at least 35 sites recorded Red Kites during the month; the best counts were of three over Hertford Heath on the 3rd and Worcester Park on the 5th, four over Barnes Village on the 6th and three, again, over Worcester Park on the 13th; one over East India Dock Basin on the 12th was a site first. Marsh Harriers were at three locations, with Rainham Marshes holding 2–3 birds for most of the month. A Goshawk went over Springfield Park, Hackney, at 15:50 on the 26th before dropping into Epping Forest and out of sight. The only Osprey seen was perched on a telegraph pole at Courser's Road, Tyttenhanger, on the morning of the 22nd but it didn't linger. The best count of Hobby consisted of eight at Amwell on 7th and 10th.

Quail would, for the majority of patch-watchers in the London area, be a nice find even during good years. Two were found in June: one singing from Luscious Mead at Roding Valley Meadows on the 2nd and one at Crayford Marshes on the 14th.

A Little Stint at Brent Reservoir on the 12th was a notable site find and the first at this well-watched spot since 1996 (it was also the first June record for the locale since two were shot there in 1871). Singles of Spotted Redshank at Rainham Marshes on the 26th and Wood Sandpiper at Wanstead Flats on the 15th and Fairlop Waters on the 16th were the main wader highlights among a sprinkling of Sanderlings.

Seven sites attracted Mediterranean Gulls, which included an Inner London bird at Rotherhithe on the 26th; the best counts were four at both Beddington SF on the 16th and Crossness on the 26th. The largest count of Yellow-legged Gulls was at least 12 at Rainham Marshes on the 28th. One apparently definite Caspian Gull was at Aveley Bay, Rainham Marshes, in mid-afternoon on the 28th, then a probable was detected across the river at Thamesmead the following day. Three sites hosted Sandwich Terns, albeit briefly, with the best being five east along the Thames at Crossness on the 26th.

Just five sites reported Turtle Dove, but a Nightjar churred and showed well at 20:50 on the 2nd in the southwest of the recording area.

Two pairs of Sand Martins attending nest-holes along the Thames at Rotherhithe on the 2nd is a notable Inner London sector record, and an apparent White/Pied Wagtail pairing at Cannon's Farm/Banstead Woods resulted in two hybrid young being produced. Territory-holding Black Redstarts were more obvious than usual, with reports emerging from at least nine sites, while the London Wetland Centre announced the first confirmed breeding record for Cetti's Warbler for the reserve (one pair). A male Red-backed Shrike was east of Banstead, at Swingfield Plain, on the 3rd and it or another was found singing at Richmond Park on the 6th. Three vocal Ravens flew north over Romford at 15:15 on the 20th, and two sites logged overhead Common Crossbills on consecutive dates: six over Morley Grove, Harlow, on the 25th and several heard passing over Rickmansworth on the 26th. 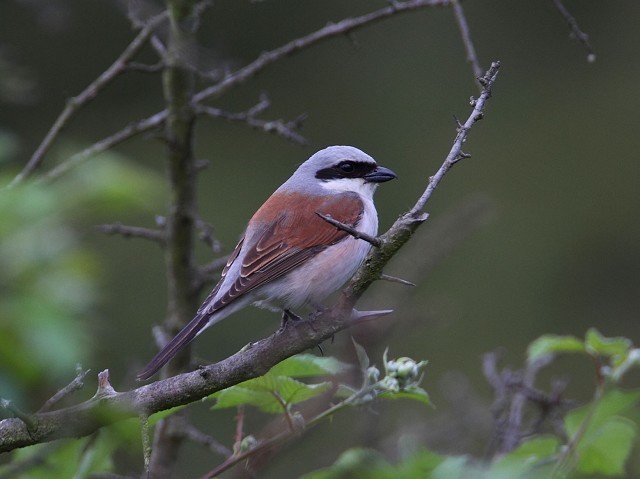