This is the sixth in a series of monthly summaries detailing the most significant bird finds in the London area. For a definition of the London Recording Area and a more complete round-up of what's been seen recently, visit the London Birders Wiki at www.editthis.info/londonbirders/LatestNews/.

Some of the reports that follow will be adjudicated by either the national or county records committee, so publication here in no way implies an accepted record. Please submit all records to the relevant recorder, a full list of which can be found at www.lnhs.org.uk/ornithology1.htm. 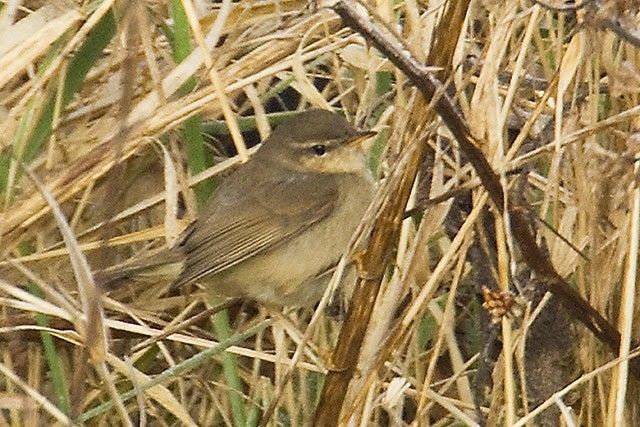 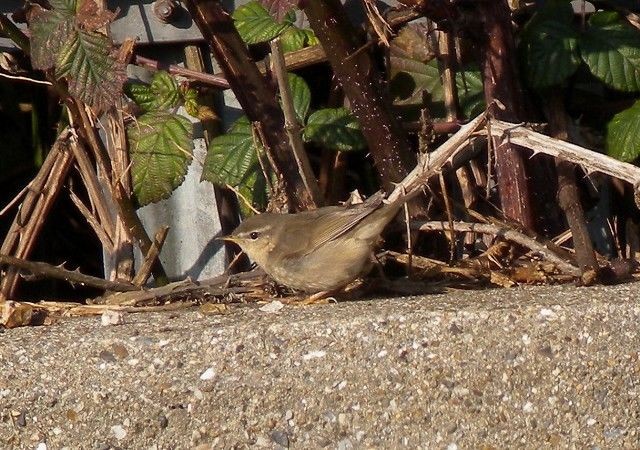 There was only one game in town for the capital's birders during February and it went by the name of Dusky Warbler. London's first ever confirmed example of this unassuming Phylloscopus was discovered at Walthamstow Reservoirs on the 14th. It showed well for 15 minutes to the finder and then entertained most comers up to the 21st, often favouring a bramble- and grass-covered wall along the relief channel at the northeast corner of the Lockwood Reservoir. It was occasionally elusive but more often than not it showed well during the course of its eight-day stay and consequently many took the opportunity to photograph and record the bird. Hot on the heels of the Staines Moor Brown Shrike, this rather appealing little warbler kicked off the London year (and decade) with a good deal of panache. A few lucky observers were fortunate enough to connect with a male Penduline Tit at Rainham Marshes on the 15th before it did the indecent thing, upped sticks, and flew off north. Rainham has a proven track record for this delightful species so maybe next winter will provide once again. Two Serins at Rainham Marshes put in appearances on both the 16th and 24th but despite these sightings they've been keeping a very low profile there of late.

Five Whooper Swans flying southeast over Southwark Bridge on the morning of the 13th constituted an excellent Inner London record and the only report of this species anywhere in the recording area during the month. They may have been the same five that graced Crossness and Rainham Marshes last month.

Two Tundra Bean Geese were at Rainham Marshes on the 5th and again on the 13th/14th while two Pink-footed Geese (a difficult bird to see in London) toured Lower Thames-side habitats and visited Dartford Marshes on the 11th, Rainham Marshes between the 15th and 17th and the Ingrebourne Valley on the 19th. Three White-fronted Geese also settled into the Ingrebourne Valley between the 6th and 27th. Not to be outdone, Branta geese also put out a reasonable showing. Three sites hosted Dark-bellied Brent Geese (13 did so in January) — 20 at Rainham Marshes on the 7th, a single at Fairlop Waters between the 12th and 14th and six at Crayford Marshes on the 17th — but better yet (assuming their origins are good) were 48 unringed Barnacle Geese at Walton Reservoir mid-morning on 9th. Also noted back in January, 50 were counted at the same site the following day and they were subsequently recorded on a further five dates at or over this locale (they were also seen moving southeast over Bedfont Lakes CP on the 27th). 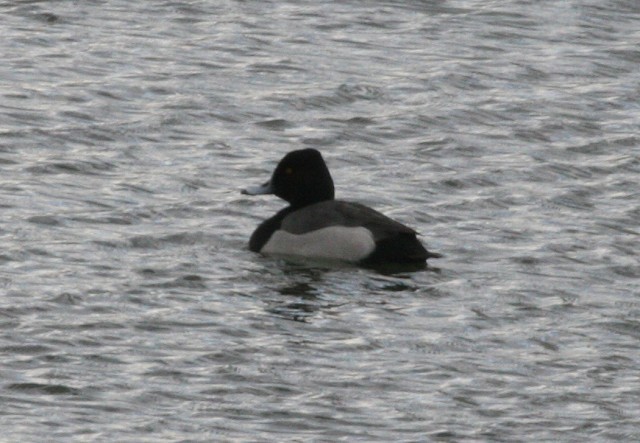 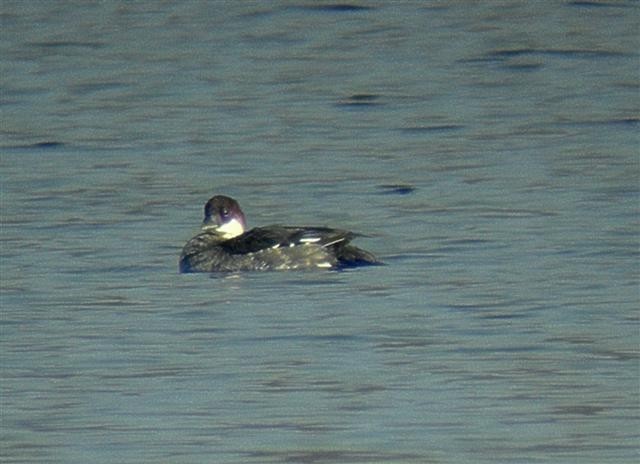 The lingering presumed Ring-necked Duck × Tufted Duck was at Stoke Newington Reservoirs up to and including the 9th but an extremely curious record of six Ferruginous Ducks on the Thames at Chiswick on the morning of the 5th certainly had a few people scratching their heads in puzzlement. The recent arrival of pinioned Mandarin Duck and Wood Duck on the river in the same general area may be relevant: one has to wonder whether someone has been releasing wildfowl? None of the six were reported subsequently and it's unclear whether or not they were fully winged. Five widespread sites held Scaup including two in the Thamesmead area between the 18th and the end of the month and two at Staines Reservoirs the 26th. Smew were at 17 sites (24 in January) with the best count being of seven at Amwell GPs on the 24th. The only Red-breasted Merganser of the month was at William Girling Reservoir on the 7th and 20th at least, a site which held lots of interest during February. Goosander were at 16 locales with the best tally being 23 at Ashley Lake in the Lee Valley on the 5th.

A Great White Egret was reported as flying over Isleworth on the 1st and Bitterns remained reasonably easy to see during the month, with six sites holding these reedbed denizens. The London Wetland Centre ruled the roost with four birds present on the 4th though the Lee Valley was well served with Seventy Acres Lake and Amwell GPs both holding up to three during the month.

Red Kites were over Maple Cross on the 17th and 27th, two were in the Prae Wood area on the 24th, one was over Cannon's Farm/Banstead Woods on the 26th with two over Tyttenhanger GPs on the same date, and two went east over Stocker's Farm on the 27th. Two Hen Harriers were bagged, a ringtail at Grange Waters on the 3rd and a male west over the London Wetland Centre on the 14th, while three sites saw Marsh Harriers in their airspace with singles at Rainham Marshes on three dates, Beddington SF on the 17th and the Ingrebourne Valley on the 20th. The only Merlin of the period was a male at Holyfield Hall Farm on the 18th. 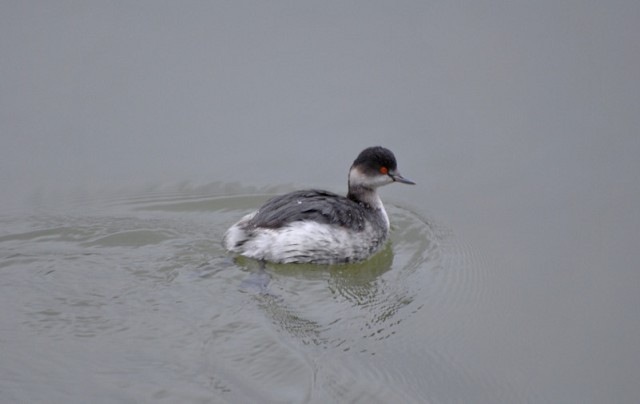 A Black-throated Diver present from January (usually the scarcest of the three regular species) was at William Girling Reservoir between the 7th and 14th at least. The same productive site held up to two Great Northern Divers to the 20th (again from January) while another flew northwest over Hogsmill SF on the 22nd. A Red-necked Grebe was at William Girling Reservoir between the 18th and 20th and Slavonian Grebes were at a rather impressive four locales with two at Staines Reservoir on the 24th being the most notable; a bird at Rainham Marshes from 24th January was unfortunately found dead on the 8th having provided some excellent photo opportunities. Black-necked Grebes were far more numerous and nine spots reported birds. One was noted on pretty much every date throughout the month from Walton Reservoir but William Girling Reservoir claimed the biggest number with 28 on the 20th.

Two White Storks claimed flying down the Thames at the London Wetland Centre at 15:00hrs on the 3rd was a fairly eccentric record and given the weather conditions at the time one can only wonder about their provenance.

Another species on an unlikely date, but with impeccable credentials, was a single Little Ringed Plover at Staines Reservoirs briefly on the morning of the 27th; alas it didn't linger for long. Jack Snipe were found at seven sites; all were lone birds with the exception of two at the London Wetland Centre on the 1st and a further two at Beddington SF on the 3rd. Woodcock, though still eluding some patch-workers, were reported from 18 sites (60 in January), the most notable records being three at Trent Park on the 15th and three at Bedford's Park on the 23rd. 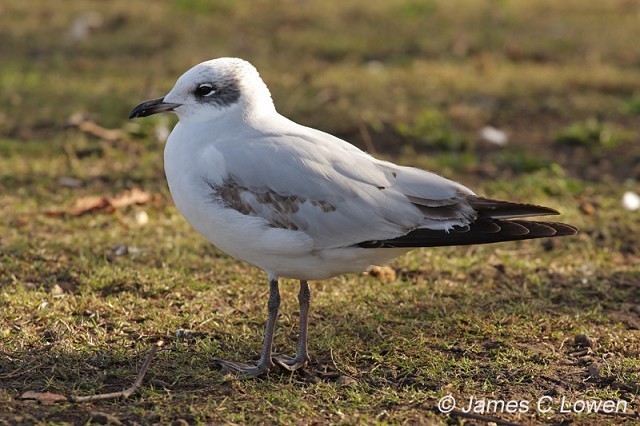 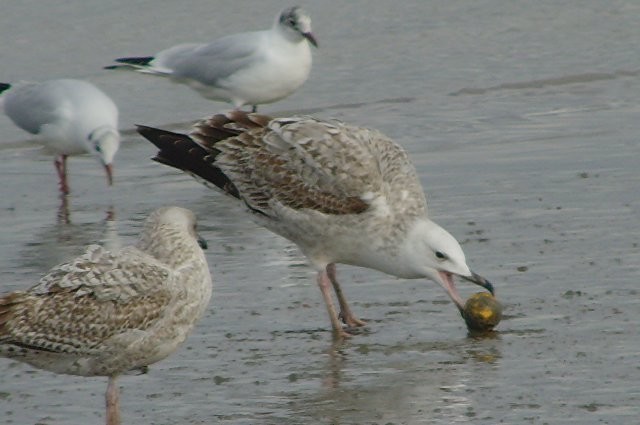 Mediterranean Gulls added a touch of glamour to eight sites and included a highly approachable first-winter which attracted many admirers to St. James's Park through much of the month and an adult at Valentine's Park for its tenth consecutive winter. The only Little Gull of February was watched flying west past Rainham Marshes on the 28th during a notable movement of commoner gull species. Caspian Gulls were identified at six sites: Rainham Marshes and Beddington SF are rarely without one but reports also came in from Blackheath, Crossness, the London Wetland Centre and Walton Reservoirs; the Rainham tally was probably about six separate individuals all told. The only Glaucous Gull was a juvenile at Rainham Marshes on the 13th as was the only Iceland Gull, a juvenile on the 12th. An adult Kittiwake flew west past the London Wetland Centre on the 3rd, the only one for February.

Up to two Short-eared Owls were seen at Rainham Marshes on five dates and a single flapped around Richmond Park on the 5th. 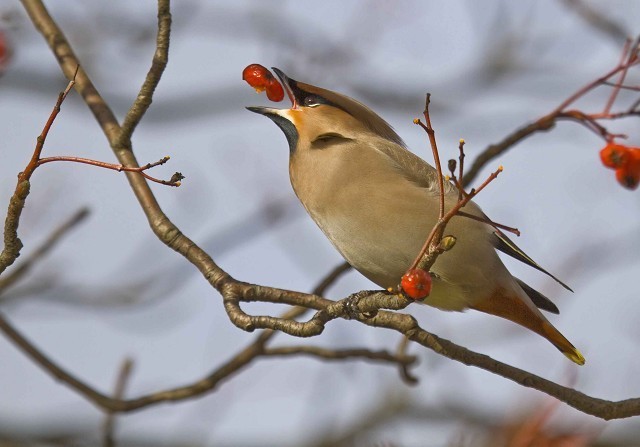 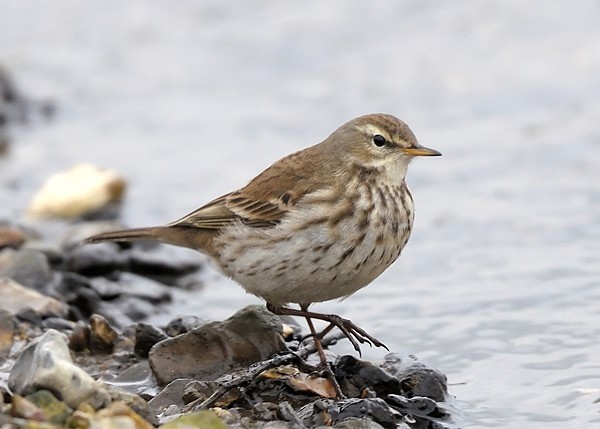 Water Pipits were at their usual stations with five locations (Beddington SF, Crossness, the London Wetland Centre, Rainham Marshes and Staines Moor) hosting singletons, though Rainham mustered five on the 14th. Despite the rather small numbers nationally, the capital gratefully received Waxwings at three sites: 20 at Brentwood Station on the 6th, one at Leavesden Green on the 10th, and a single popular and confiding bird in Finchley between the 25th and 28th. East India Dock Basin was home to a male Black Redstart on three dates while another was in a private garden at Isleworth on the 27th and yet another sung from a withheld location on the same date. Cetti's Warblers were reported from 14 spots with the most significant counts being of 12 at the Ingrebourne Valley on the 21st and eight at nearby Rainham Marshes on the 27th; a bird heard at Hyde Park on the 25th was the first ever for the Inner London recording area, a quality find for a site just ten minutes' walk from the West End shopping hub. An unseasonable Willow Warbler was at the London Wetland Centre between the 15th and 20th at least with singing heard on a couple of dates, and Firecrests continued to be widely reported with 16 sites holding this jewel; two sites scored up to three birds (Bedford's Park and Groveland's Park) and six held up to two. The only Bearded Tits were two at Rainham Marshes on the 12th. Mealy Redpoll claims came from Harold Court Wood (singles on the 3rd and 8th) and the London Wetland Centre (one on the 11th) while a probable was at Fairlop Waters CP on the 15th. Common Crossbill reports comprised eight at Broxbourne Woods on the 1st with three there on the 3rd, and up to six at Thorndon CP on the 24th. A Hawfinch was at Mark's Bushes/Latton Park, Harlow on the 19th and up to two were at Danemead NR, Broxbourne Woods to the 26th at least.

Many thanks to Mark Pearson, Nick Tanner and Howard Vaughan for kindly supplying requested information. Apologies for any errors or omissions.