January has been a steady month across my local patches. The weather hasn't really done all that much – the odd frost but no extended cold snap, it's been a dry and largely storm-free period. As such, my #LocalBigYear got off to a steady and solid start, focusing on mopping up lingering highlights from the back end of 2021.

Firstly, a bit of background on my recording area. While many have pursued the straightforward radius option, my own target area is a little less well defined and is more based around where I can easily get to on my bicycle rather than anything else. Roughly, though, it constitutes Castor Hanglands NNR and Stamford STW in the south-west, stretching north and east across the gravel pit complexes of Tallington, Langtoft and Baston, and extending to Baston and Willow Tree Fens in the north-east, creating a rough oval shape – and, as can be seen in the map below, loosely matches the area covered by a regular 10 km radius, yet maximises the best habitats and sites locally. 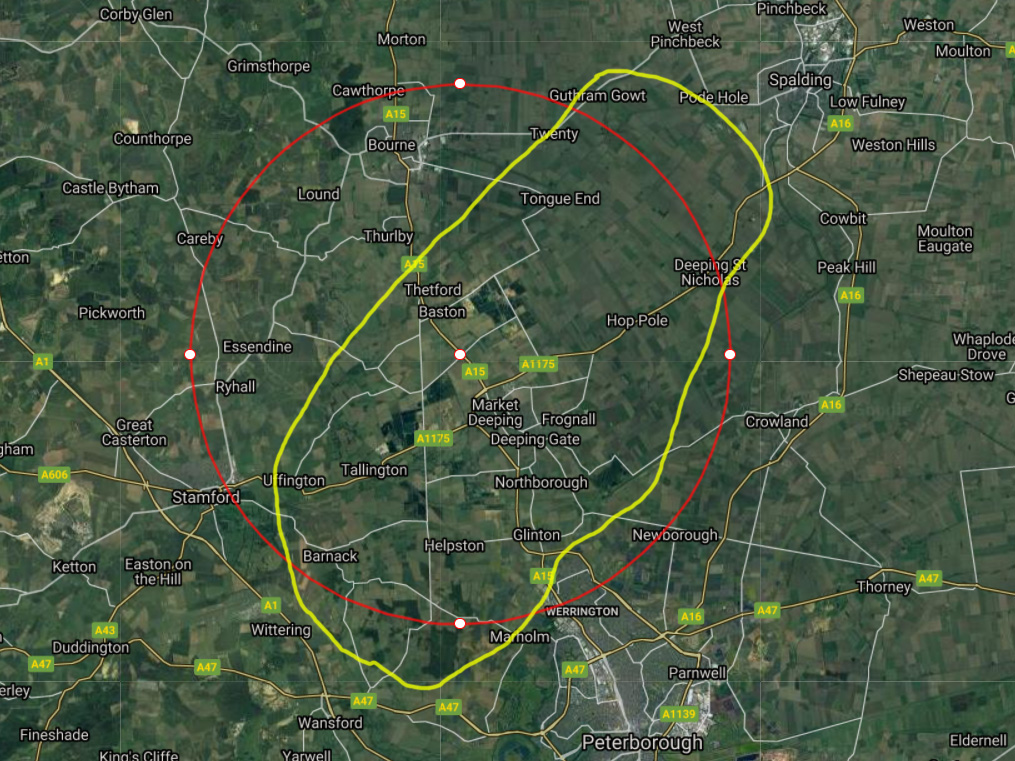 Josh's #LocalBigYear area isn't regularly defined, but encompasses the Welland and Glen valleys and is highlighted by the yellow line. For comparison, a 10-km radius is shown in red.

New Year's Day proved an exceptionally mild affair, accompanied by a brisk south-westerly breeze – not exactly ideal winter birding conditions, but at least it was bright and the rain held off. Indeed, there was a certain irony that the very first day of our inaugural #LocalBigYear challenge, and its associated focus on birders working to reduce their collective impact on the planet from an emissions perspective, saw record-breaking 1 January temperatures across many parts the country.

Resultantly, it felt more like mid-April than the opening day of the year – I had to strip off the layers and ended up sweating rather more than I'd have anticipated while cycling just shy of 50 km around my patches on my 1 January ‘big day'. Things started brilliantly, with a bonus Eurasian Bittern leaving its roost at Langtoft Pits, followed by Ring-necked Duck, Greater Scaup and European Shag at Tallington Lakes – all long-staying birds, but each very handy year ticks nonetheless. 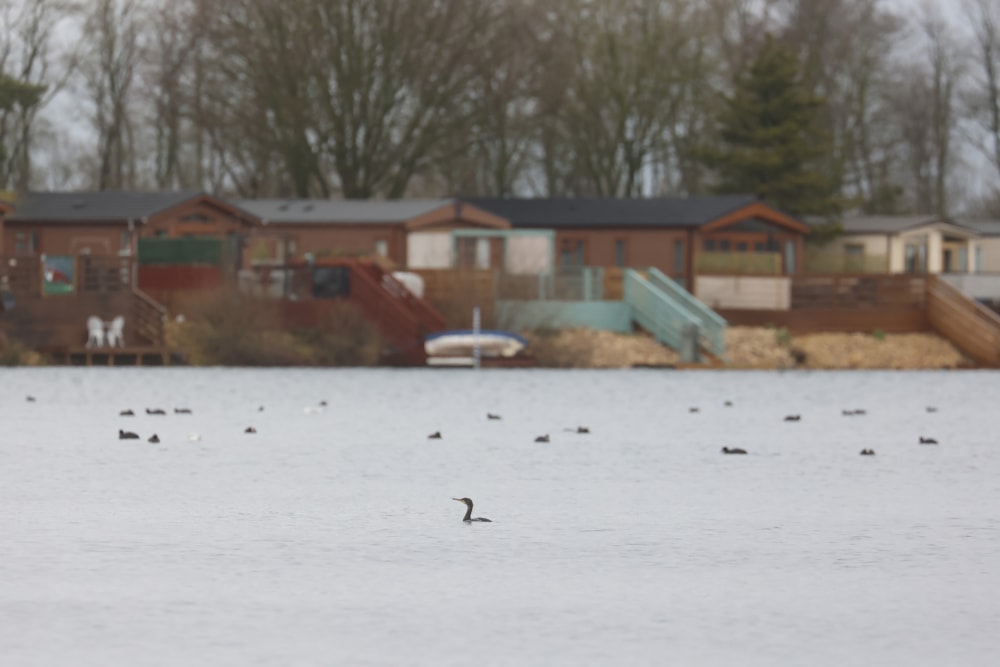 The long-staying European Shag at Tallington Lakes could be elusive, but was on show on New Year's Day (Josh Jones).

As the morning wore on, it felt like everything was clicking into place. Tricky bird race species, such as Eurasian Sparrowhawk and Mistle Thrush, were making convenient and timely appearances without any need for deviation and I began to wonder what sort of score might be possible, given I'd managed to reach the mid-eighties in 2021 with some gaping misses.

Alas as the afternoon wore on, the pace slowed up and – as is customary on bird race days – some species proved elusive. The dependable Ravens were nowhere to be seen and I only just found a European Stonechat very late on, sheltering discontentedly behind a thicket, away from the gale. Water Pipit and Jack Snipe – both guaranteed species in the run-up to Christmas – were nowhere to be seen. A small Corn Bunting flock had seemingly moved on. Eventually, after a battling afternoon, I scraped to the 90 species mark with a Barn Owl shortly before dusk. All things considered, a very respectable start to 2022.

The first of what will presumably be plenty of 'I'd never have seen that if I was in a car' sightings throughout 2022 was a Merlin that zoomed past me as I cycled to Deeping Lakes LWT on 2nd, where Russian White-fronted (never an easy bird around here) and Pink-footed Geese were added. However, I had to make a return visit there on 13th to connect with the well-known roosting Long-eared Owls.

Bewick's Swan is a species close to my heart, with visits to Welney as a young kid helping to fuel my passion for birds. I was thrilled to find no fewer than seven – two family parties – among the Whooper Swans on the fen on 16th. This was a very similar arrival date to last winter, and the group had grown to 11 by the month's end. I always watch these beautiful birds with a great deal of sentiment, wondering whether this winter will be the last in which I see them on the fen given the rapid and ongoing decline in the UK wintering population, which has in part been fuelled by warming winters. 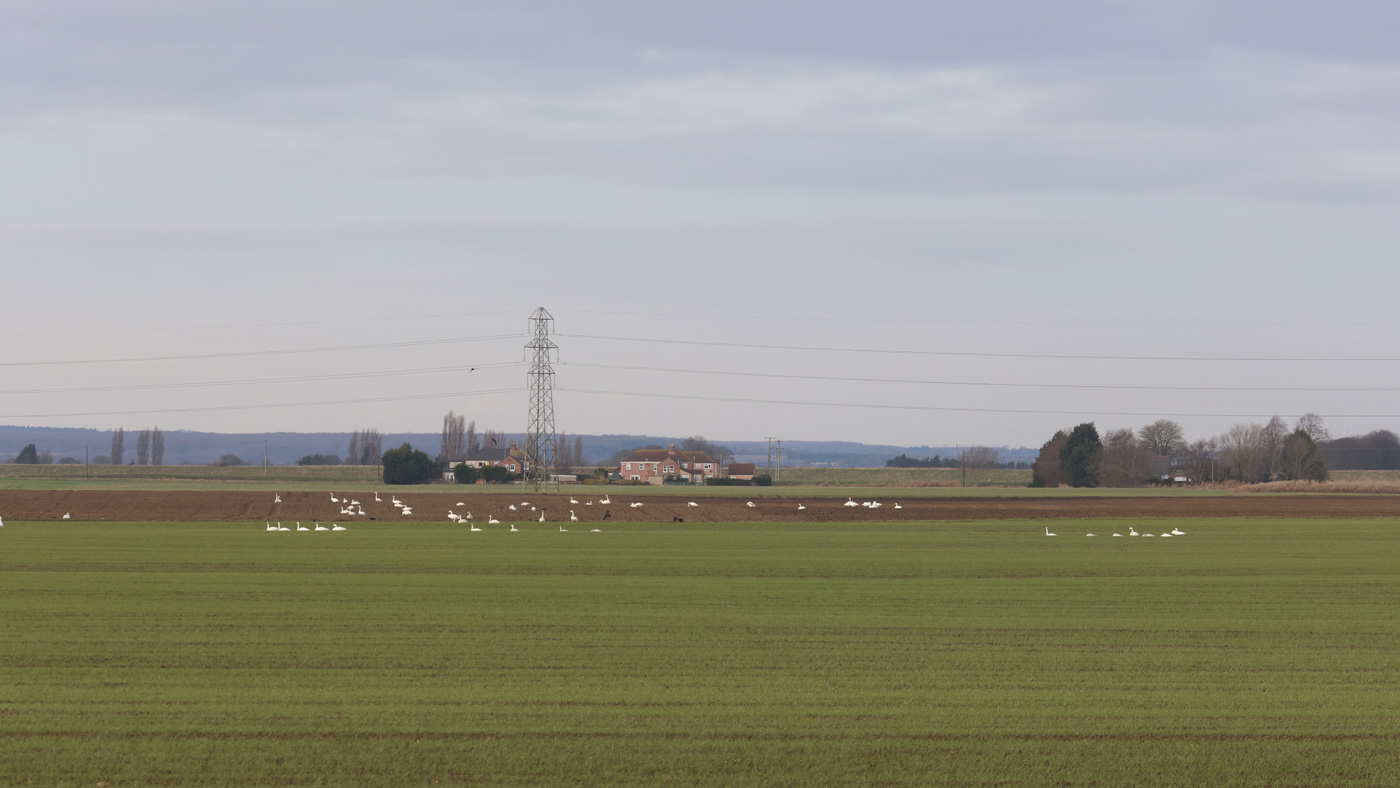 A mixed flock of wild swans, including at least 11 Bewick's, was a highlight of the fenland birding on Josh's patch during January (Josh Jones).

Another local speciality ebbing away as winters become less severe is Smew. This area used to be a stronghold for them, with double figures still occurring as recently as 20 years ago. They even used to fly over our garden at times. Declines have accelerated over the last decade; wintering flocks have dwindled and, in many cases, disappeared. It was therefore pleasing to visit Bainton Pits on the frosty morning of 5th to find a pristine adult male glowing in the weak midwinter sunshine – almost certainly a returning bird and seemingly now the only regular Smew in the area. The last bastion of an era that is sadly drawing to an end.

Sifting through Aythya flocks is an integral part of winter birding around here. It's a sign of the times when you see more Ring-necked Duck than Smew (or Greater Scaup) across a complex of Lincolnshire gravel pits in January, but that's exactly the case this year – two different males of this North American vagrant are wintering among the hundreds of Tufted Duck and Common Pochard scattered across the local sites.

While some species become harder to find, the opposite applies to others. Even just a few years ago I would have considered it laughable that three species of egret would have been possible on my patch in the opening month of the year, yet here we are in 2022 with that being the case. 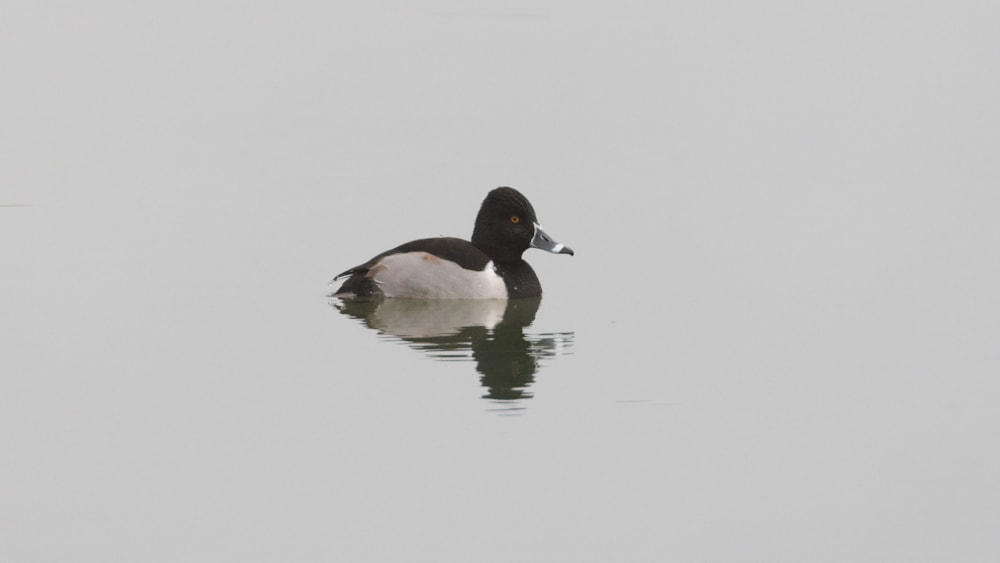 One of two male Ring-necked Duck wintering around the village of Langtoft (Josh Jones).

There were further signs of the shifting seasons this month. Eurasian Oystercatcher is generally the earliest breeding visitor to return each 'spring', with the first birds typically arriving in February. One on 27th was my earliest ever, while a male Common Shelduck – another characteristic February migrant – was also surprisingly early on 22nd.

Much as it began, January drew to a close on a mild and breezy note, with my #LocalBigYear total reaching 113. Grey Partridge remains the most obvious resident I'm yet to connect with, but otherwise February's opportunities will be dependent on the prevailing weather – in 2021, a cold snap brought a host of goodies to the area, but if it remains mild it could prove a quiet month. Let's see what the final weeks of winter bring … 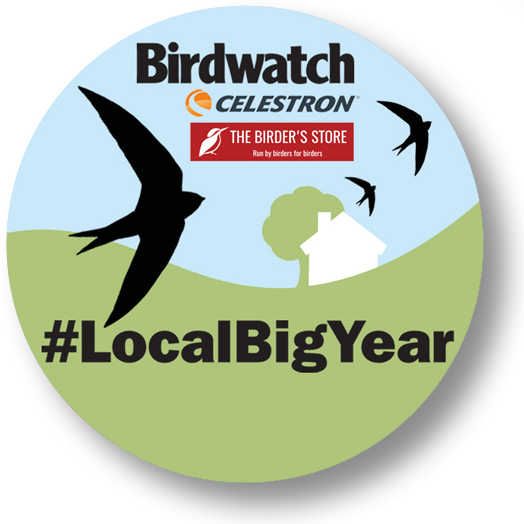