My plan is to do most of my #LocalBigYear birding within 10 km of my house in east London. Despite being the most urban of locations, this takes in a good range of habitats. There are some large reservoirs (Walthamstow Wetlands, a London Wildlife Trust site), marshland (Walthamstow Marshes), several parks, including Alexandra Park and the Olympic Park, open grassland (Leyton Flats and Wanstead Flats), ancient woodland in the form of Epping Forest and even section of the River Thames. I'm not going to be rigid in this; for example, the RSPB’s Rainham Marshes reserve isn’t included in this '10-km birding' or '10KB', but at 17 km it's still cyclable and so definitely counts as local. 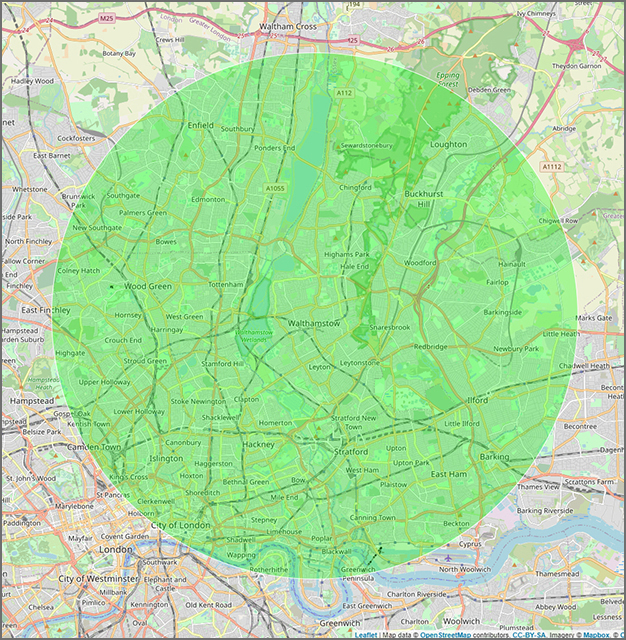 February can be something of an odd month in the birding calendar. The excitement of January – the new year, a new list, racing around to get our winter visitors – has worn off, but spring migration is still a while away. It's something of a transitional month, mopping up any winterers missed in January before they depart while waiting for March to arrive.

As is often the case, February 2022 brought some of the harshest weather of the winter. There were some very cold days in an otherwise remarkably mild season. It was also particularly stormy, with Dudley striking first, followed in quick succession by Eunice and Franklin. In fact, the month marked the first time three named storms have been recorded within seven days since the storm-naming system began in 2015. 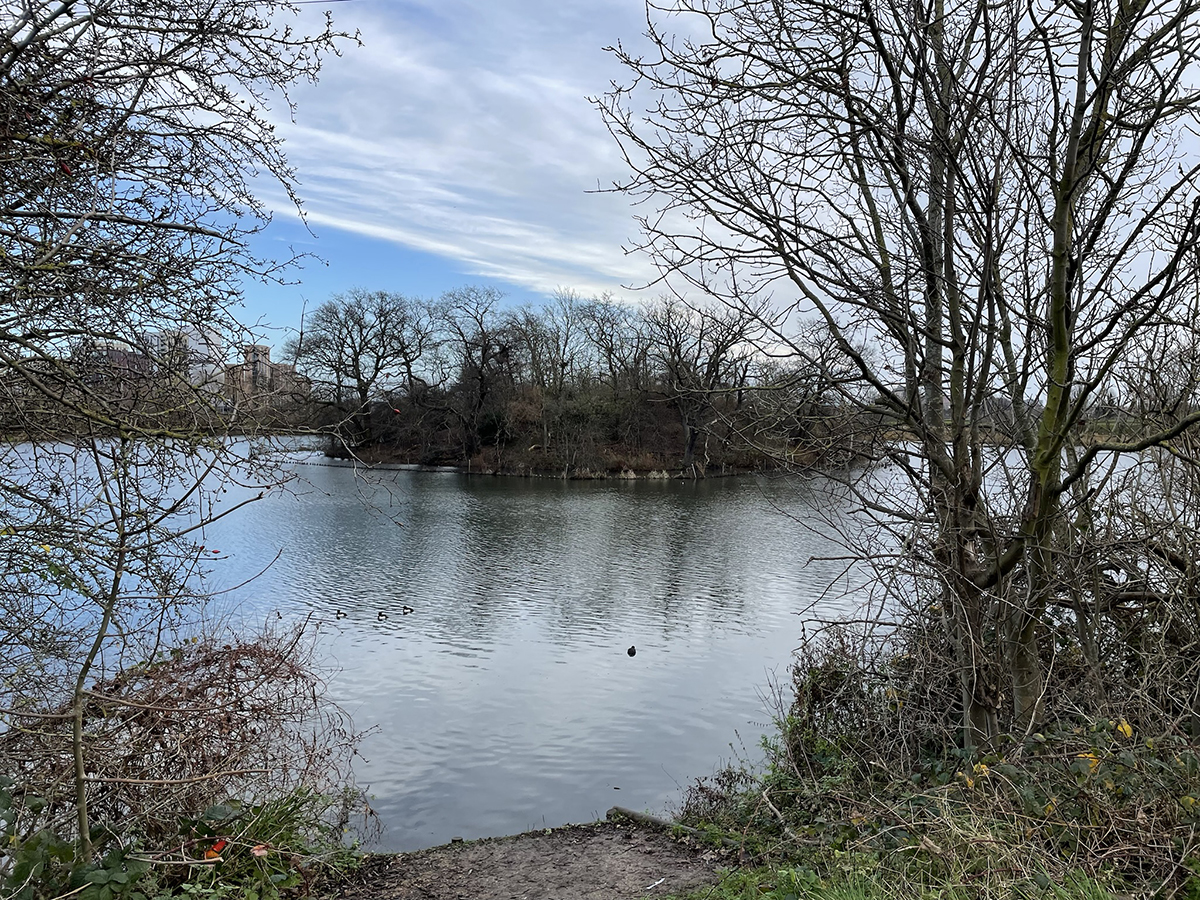 A rare sunny and dry day at Walthamstow Wetlands in February 2022.

All this meant for reduced days in the field – Walthamstow Wetlands was even entirely shut to visitors on some days. The birding that did go ahead was cold, windy, wet and often lacking in actual birds. I did manage a few new species, though.

One of the benefits of working a local patch is getting to know other regular birders. Visit the same place often enough and the faces soon get to be familiar. The old "Anything good about?" leads to a sharing of sightings, as well as maybe a short discussion on what's been reported in recent days or state of the site in general. Then it's off on your separate ways as you continue your circuit round the patch. It's a great way to get to know your local area better and become more invested.

At Walthamstow Wetlands one fellow birder got me onto a Peregrine Falcon high up on a pylon, while another on a different visit alerted me to the presence of Common Goldeneye and Goosander on one of the reservoirs. None of these were new for the #LBY list, but two Eurasian Teal were. Pointed out to me by a birder with a 'scope, I would never have found this distant and very well-hidden pair with my bins. This particular trip also gave me Eurasian Wigeon and Northern Shoveler, both of which I'd failed to pick up during January. It was also very pleasant to chat with birders during something which for me is usually a solitary pursuit. 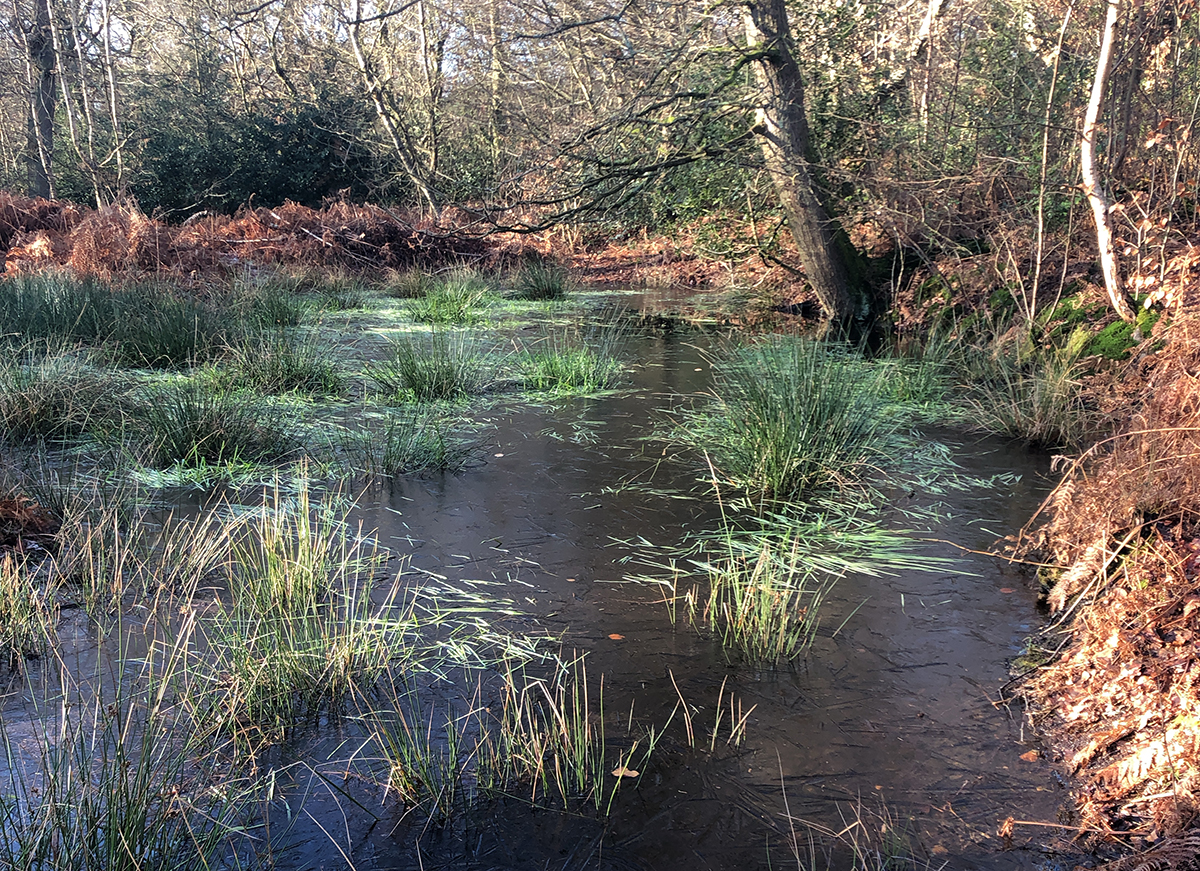 An early morning visit to Leyton Flats provided me with three more new species for my #LBY list: Coal Tit and my first Fieldfare and Redwing of the year. Our two wintering thrushes have proven hard to pin down in London, which seems to fit with anecdotal evidence from elsewhere in the country that both species have been thin on the ground. I wonder if this is a sign of things to come as global temperatures rise and previously freezing locations get warmer.

My #LocalBigYear list currently stands at 46, which isn't the highest, but isn't bad for inner-city locations with a very high level of human disturbance. It also shows that #LBY isn't just about numbers – I might not be able to compete with those on the coast, for example, but that doesn't mean I'm enjoying the challenge any less. Listening to the under-rated song of European Robin, watching Eurasian Wrens flitting about in the undergrowth, and simply enjoying my patches as they develop through the year. Here's looking forward to whatever March may bring! 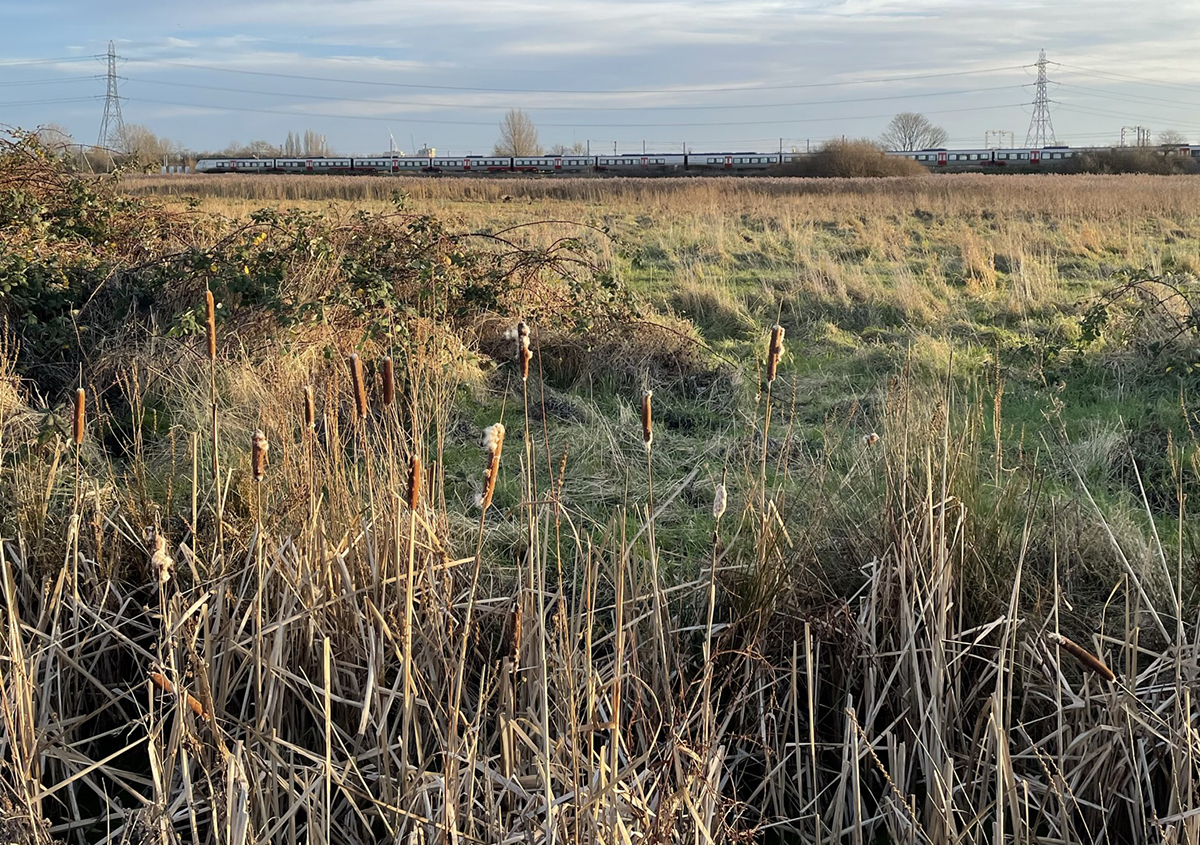