Wood Thrush chicks in North America are more likely to survive drought in larger forest plots that offer plenty of shade and resources.

Wood Thrush is common in the United States, but as with many other species, its populations have declined by more than 60 per cent since the 1960s. In addition, Wood Thrush and many of its songbird peers such as Blue Jay, American Robin and Northern Cardinal, face the highest risk of dying within the first five days of leaving their nests.

Wood Thrush is a flagship species, charismatic and often studied as representative of other species, so knowledge learned about them can likely apply to other forest songbirds. A team of Smithsonian biologists began a study in order to identify characteristics that promote healthy Wood Thrush populations on US Department of Defence land. Their work specifically aimed to determine the factors affecting the species’ survival during the post-fledgling period, a stage which lasts about 21 days until baby birds become independent. 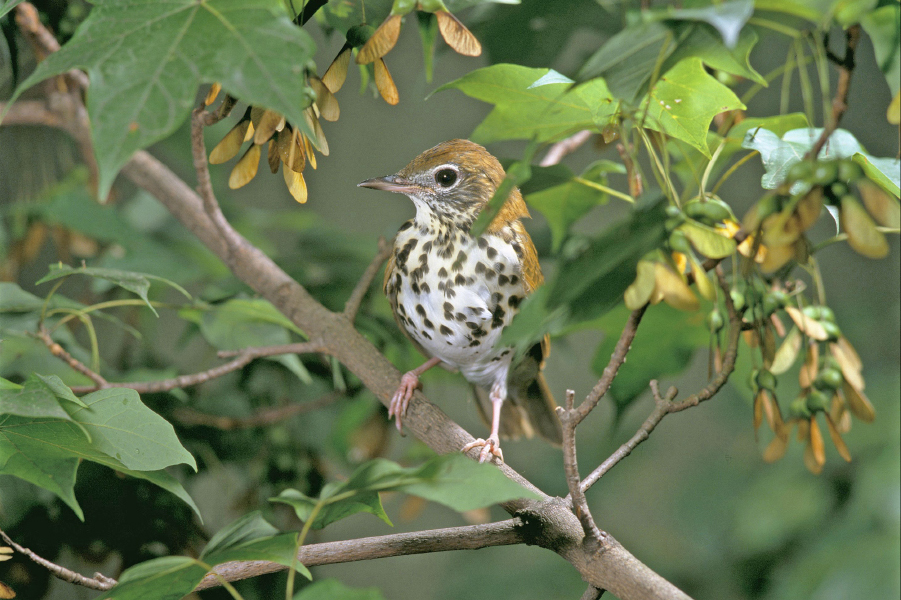 Wood Thrush has declined by more than 60 per cent in North America since the 1960s. Photo: Smithsonian's National Zoo/The Auk.

From 2011-14, the team tracked the birds’ movements and their habitats during breeding from April to August across 12 locations in southern Indiana. The sites, including locations in the Crane Naval Surface and Warfare Center, Big Oaks National Wildlife Refuge and state parks, varied in habitat size and form, ranging from small to large forest fragments, with varying degrees of tree cover.

In 2012, during the team’s investigation, a summer drought hit the Midwest and Northern Plains. Agriculture in the region was impacted such that the US Department of Agriculture declared more than 1,000 counties in 26 states as natural disaster areas, as rainfall dropped by an average of roughly 66 cm down to just over 33. Minor winter storms the previous year contributed to less snowfall, drier soil and recorded temperatures of more than 11.5 degrees Celsius higher in some states than in summer 2011.

The post-fledgling period has historically been understudied since tracking movements and following songbirds over long periods of time and space is difficult. For this study, the biologists were able to track the birds’ movement by applying coloured bands on their legs and outfitting them with tiny backpacks weighing less than a paper clip that emitted radio signals. Consequently, since the development of high-frequency radio transmitters, this study is one of the longest and also has one of the largest sample sizes, with 210 birds, focused on the post-fledgling stage. 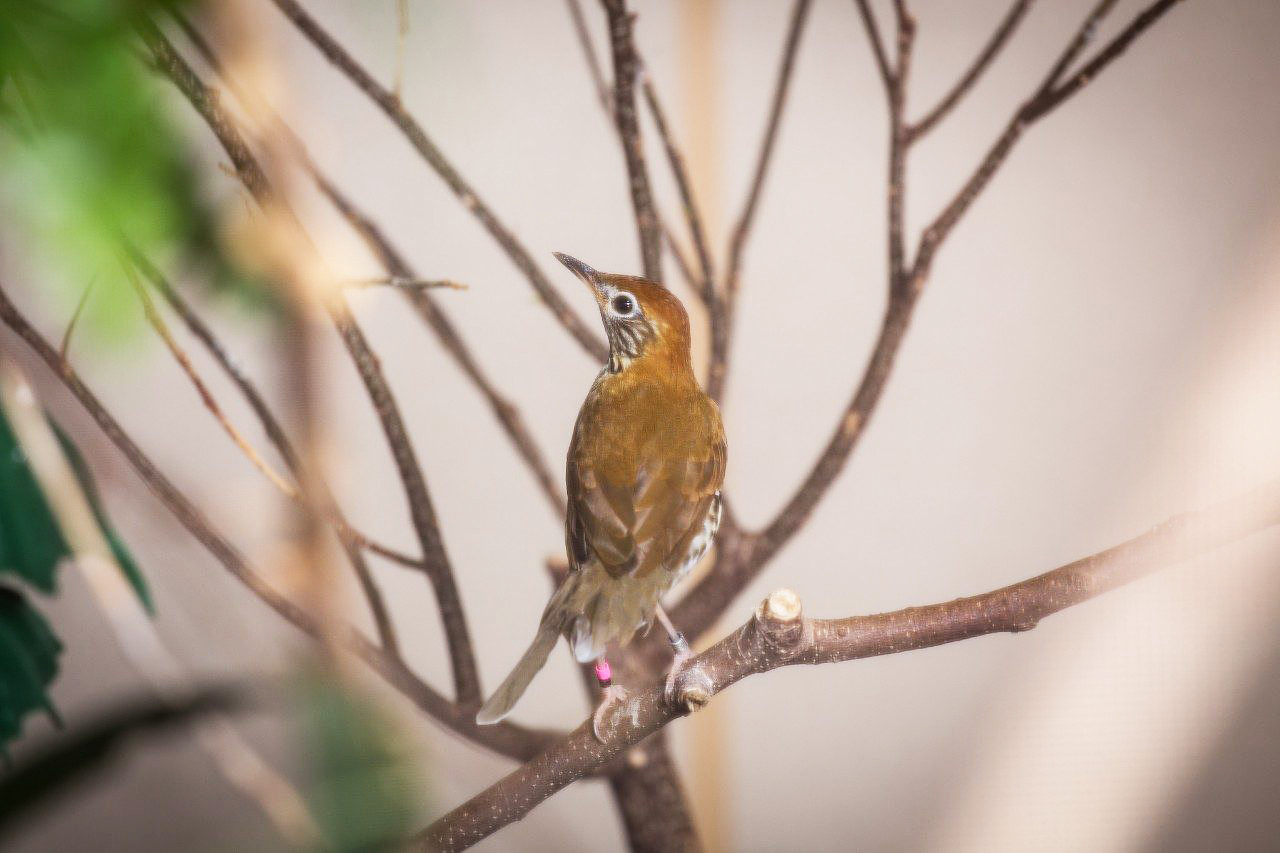 The biologists performing the study were able to keep track of Wood Thrushes using bands around their feet. Photo: Smithsonian's National Zoo/The Auk.

According to the recent study, post-fledgling Wood Thrush survival is highest in small woodland fragments, a result supported by previous work that found nestlings grow faster closer to forest edges, which were also found to have dense vegetation that protects fledglings from predators. During the drought, however, fewer birds survived. The dry conditions, the researchers suspected, reduced available food resources, leaving the young birds more susceptible to starvation and predation.

On the other hand, birds in larger mature forest areas were better able to withstand the dry conditions since these areas offer more shade and resources. Forest cover helps maintain climatic conditions, including moist soil which is an important factor for Wood Thrush food availability. Such conditions ultimately make areas more resilient to drought.

For the best chance of survival, fledglings do well with a ‘mosaic’ of habitats made up of forests that differ in age and vegetation structure. However, Wood Thrush populations are sensitive to forest fragmentation, which tends to come from agriculture and clear cutting.

“The research highlights the role that forest cover can play in buffering animals from stressful environmental conditions – in this case, promoting survival of young birds during drought conditions,” said Amanda Rodewald, professor and director of conservation science at the Cornell Lab of Ornithology. “This finding … underscores the importance of maintaining forested landscape mosaics in strategies to conserve biodiversity.”