Landfill sites crucial to health and breeding success in gulls

Though not renowned for their beauty, open-air landfill sites are unanimously recognised among birders as prime sites to study and observe gulls. The large quantities of anthropogenic (human) waste dumped at such sites offers an unrivalled opportunity for gull species to feed and consequently survive, with landfill sites often attracting huge concentrations of birds.

It is widely acknowledged that open-air landfill, as well as other human activities, has played a significant role in shaping the modern population dynamics of gull species, with population and range increases occurring as a result of new food sources and breeding sites becoming available. In Britain Herring Gull has colonised inland, urbanised areas due to its readiness to breed on buildings, with urban populations generally increasing in comparison to widespread declines among their rural counterparts. Similarly the rise of Lesser Black-backed Gull across inland Britain has been attributed to new feeding opportunities and safe roosting sites created by man.

New research, published in ornithological journal Ibis, appears to confirm the relationship between anthropogenic food availability and the overall health of local gull populations. Carried out in the Balearic Islands, the study examined the effects of the closure of an open-air landfill site on the average body mass, breeding parameters and body condition of Yellow-legged Gulls. Their findings led to the conclusion that some opportunistic vertebrates exploit, and may largely rely on, food generated by human activities. 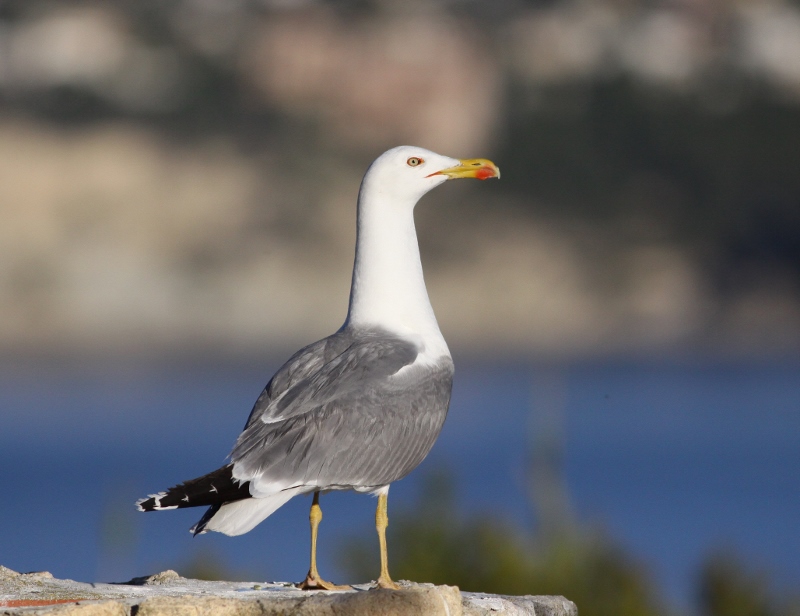 Following landfill closure the researchers found that there was a significant decline in average body mass of breeding females and males (-10.4 and -7.8% respectively), with average egg volume also declining by 4.8% and modal clutch size decreasing from three to two eggs. Body condition also decreased in both sexes after landfill closure with the drop in body weight in females greatest in those with low body size index, suggesting that food of anthropogenic origin contributes to tempering the effects of natural selection.