With fewer than a thousand breeding pairs in Europe and a tiny remnant population in the European Union, Greater Spotted Eagle is listed as Critically Endangered. Although summer breeding territories of this charismatic, bog-loving raptor are well known in Europe, the wintering distribution of this migratory bird of prey is poorly understood, but has been thought likely to be restricted by suitable wetlands that provide sufficient food.

Prior to the research, a number of wintering sites have been identified across the Mediterranean coast, but Greater Spotted Eagles have also been seen in the Middle East and north-east Africa. However, differences in wintering grounds between and within existing populations were little known, hampering efforts to conserve and identify threats to the species outside its breeding grounds. 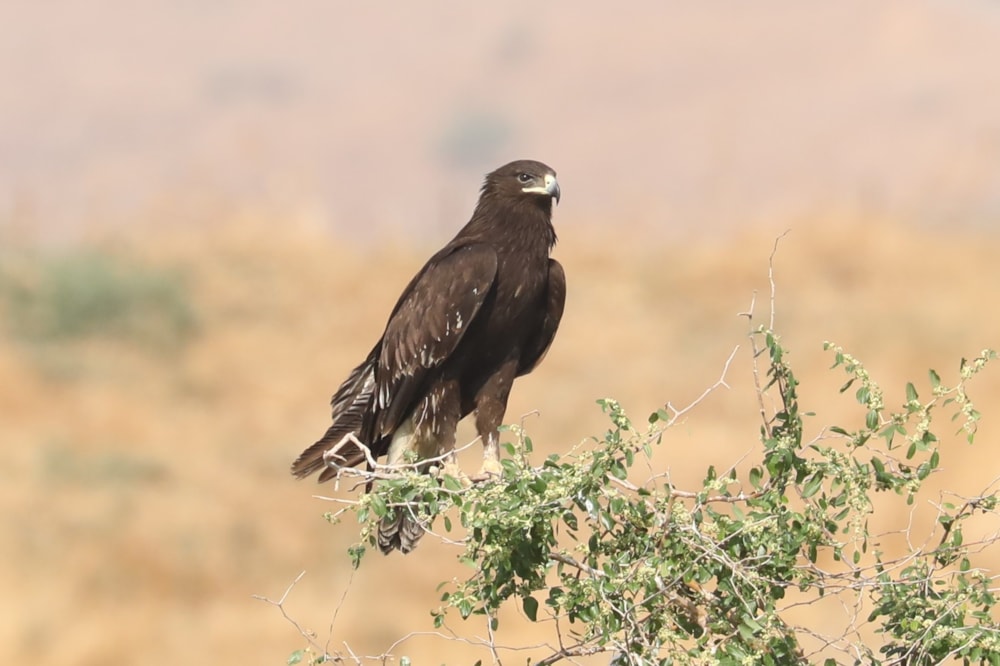 The study found differences in the wintering ranges of male and female Greater Spotted Eagles, which poses potential issues for their future conservation (Matthew Mellor).

After fitting GPS tags to adult Greater Spotted Eagles across the three countries, scientists were able to analyse where these birds wintered. The results showed, for the first time, the extent of the wintering range and differences in wintering regions between the different breeding populations, as well as between males and females.

Estonian birds all wintered across southern Europe, whereas Polish and Belarusian birds wintered in south-east Europe, the Middle East or Africa. In Belarusian eagles, males were more likely to winter further south than females, with the majority of males wintering within a narrow belt in the eastern Sahel (South Sudan and Ethiopia) and females in coastal wetlands in southern Greece and Turkey. This may also have been the case for Polish eagles, but there is uncertainty due to the small number of birds tracked.

Dr Adham Ashton-Butt, BTO author on the study, said: "The majority of the tracked eagles wintering in Europe were restricted to a small number of protected areas (SPAs or SCIs), highlighting the importance of these locations for this species. However, only two of 12 wintering sites in Africa have protected status, both situated in the same national park. The reliance on ecologically intact wetlands hints at one of the mechanisms of decline of this species, as the majority of wetlands in southern Europe have been destroyed or degraded, with over 63% of Greece's wetlands lost between 1950 and 1985."

This split between wintering grounds of females and males could have impacts on the conservation of the species. Most of the tracked females wintered at sites under formal protection, whereas males did not. This could lead to a sex-biased survival if African wetlands were degraded. In contrast, past habitat loss in Europe relative to Africa may have reduced numbers of females relative to males.