Is the Cuckoo clocking in too late?

Recent research by the BTO, published in the journal Oikos, has shown that it is not changes in the abundance or timing of breeding of the Cuckoo's commonest host species (Dunnock, Pied Wagtail, Meadow Pipit and Reed Warbler) that have driven its recent decline.

Since the early 1980s Cuckoo numbers have dropped by 65%, although the reason for this decline isn't known. It has been suggested that declines in its hosts, or climate-induced shifts in the timing of breeding of its hosts, could have reduced the number of nests that are available for Cuckoos to parasitize.

Of the four host species studied, Meadow Pipit is the only one to have declined during the period examined (1994–2007). Whilst there was a relationship between the decline in Meadow Pipits and Cuckoos, this only accounts for about 1% of the observed Cuckoo decline. 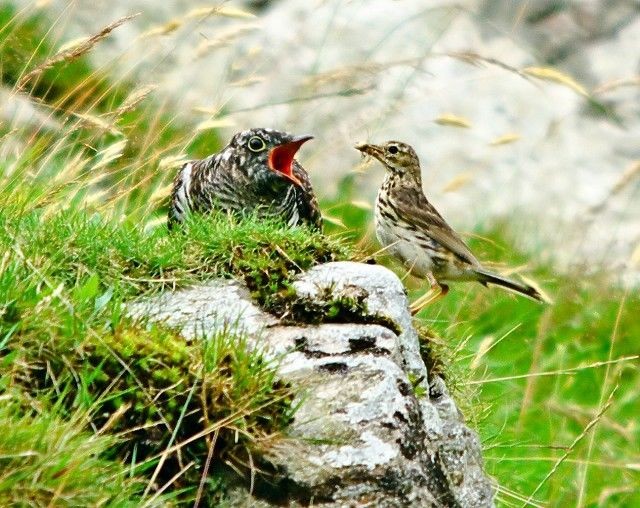 However, during this same period, Dunnock, Pied Wagtail and Reed Warbler have all shifted their breeding forward by around 5–6 days. With Cuckoos arriving back in the UK in late April to early May, Dunnock and Pied Wagtail nests are likely to have become less available to Cuckoos as a result of the shift, but the late-breeding Reed Warbler nests more available. However, there is no relationship between shifts in Dunnock and Pied Wagtail and Cuckoo abundance in the following year, so this again doesn't explain Cuckoo declines. Earlier-breeding Reed Warblers may also benefit Cuckoos, as more nests will be available, so clearly the problem lies elsewhere. 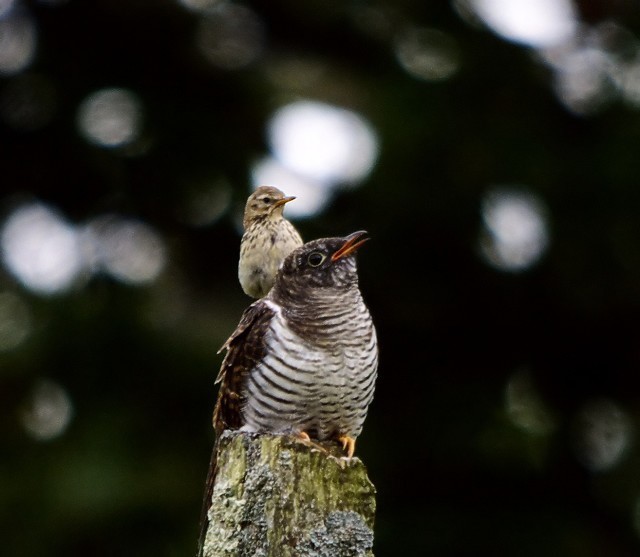 Dr Stuart Newson, Senior Research Ecologist at the BTO, said: "Host availability does not appear to be a major driver of Cuckoo declines, so we are left with a smaller number of possible explanations. Given Cuckoo breeding ecology and migration strategy, these include reduced prey availability (mainly caterpillars) during the breeding season or deterioration of conditions along migration routes or on wintering grounds in sub-Saharan Africa. These should be the focus of future work into the decline of this charismatic species."

British Cuckoos overwinter in West Africa, where increases in agriculture use and forest clearance are causing significant loss of habitat. These changes reflect a growing global demand for food, timber and bioenergy. The BTO is currently carrying out research on migrant birds in West Africa to further identify the pressures these birds face during the winter. For more information visit the BTO's Out of Africa pages. 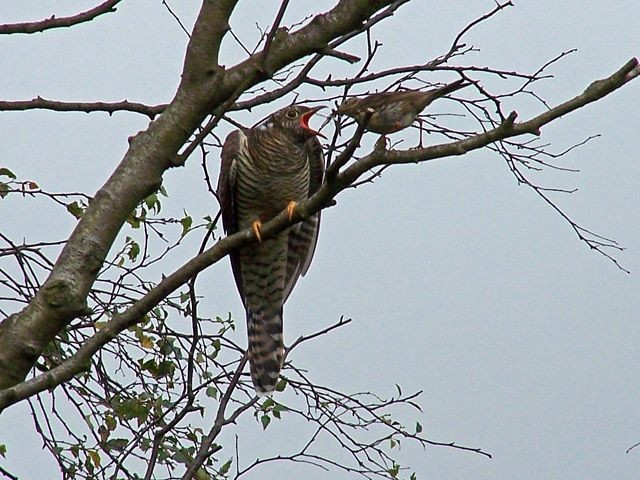