A new study provides compelling evidence that the arrival and subsequent spread of the invasive non-native Harlequin Ladybird Harmonia axyridis in mainland Europe has led to a rapid decline in historically widespread species of ladybird in Britain, Belgium and Switzerland. The analysis, published in the scientific journal Diversity and Distributions, is further evidence that Harlequin Ladybirds are displacing some native ladybirds, most probably through predation and competition. The research provides one of the first demonstrations of a strong link between the arrival of an invasive alien species and a decline in native biodiversity over a wide area. The study was led by Dr Helen Roy from the UK's Centre for Ecology & Hydrology and Tim Adriaens from the Research Institute for Nature and Forest (INBO) in Belgium. The research team included 20 scientists from 11 institutions located in five European countries. 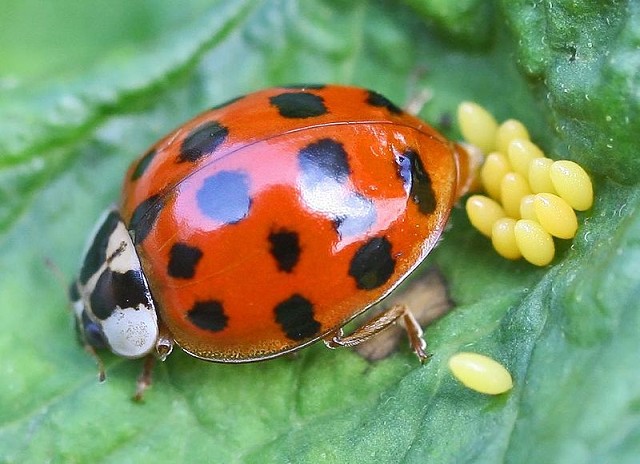 Invasive alien species are internationally recognised as one of the five major drivers of biodiversity loss, but few causal relationships between their arrival in a new region and subsequent species declines have been documented in the scientific literature. The Harlequin Ladybird was first found in Belgium in 2001 and in Britain and Switzerland in 2004. Previously its arrival had been predicted to threaten native biodiversity but, until now, the effect on native species had not been quantified. By examining thousands of ladybird distribution records (presence in a 1km² grid cell) collected through public participatory surveys in Britain and Belgium the research team was able to show that five (Belgium) and seven (Britain) out of the eight species studied declined substantially since the arrival of the Harlequin Ladybird. One common species, the large Seven-spot Ladybird Coccinella septempunctata, has retained a stable distribution and abundance across Europe despite the arrival of the Harlequin.

A particularly dramatic decline in the Two-spot Ladybird Adalia bipunctata was noted: the species' populations showed a decline of 30% in Belgium and 44% in Britain over the five years following the arrival of the Harlequin. Similar patterns of decline were found in ladybird abundance data (number of individuals) collated from systematic surveys of deciduous trees in Belgium, Britain and Switzerland. The Two-spot Ladybird is now near the threshold of detection in habitats in which it was previously common. The Harlequin Ladybird is a deciduous tree-dwelling species and its population increase has coincided with declines in species that share the same niche. Lead author Dr Helen Roy, of the UK's Centre for Ecology & Hydrology, said, "This study provides strong evidence of a link between the arrival of the Harlequin Ladybird and declines in other species of ladybird, a result that would not have been possible without the participation of so many members of the public gathering ladybird records across Britain, Belgium and Switzerland." 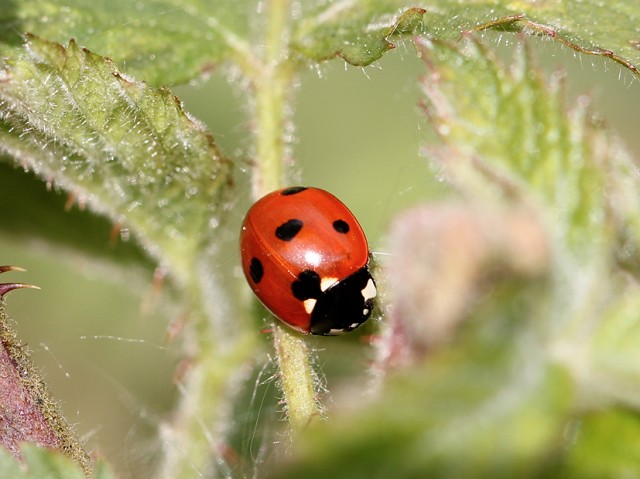 Co-author Tim Adriaens from the Research Institute for Nature and Forest (INBO) in Belgium noted that ladybirds provided an incredibly useful ecological function by keeping aphids in check. He continued, "At the continental scale the arrival of the Harlequin could impact on the resilience of ecosystems and severely diminish the vital services that ladybirds deliver." Co-author Dr Marc Kenis from CABI Europe-Switzerland, who is leading studies on the Harlequin in Switzerland, said, "It is essential that our long-term investigations on the decline of native ladybird species are continued, as we need to know whether this decline will persist and whether some species are at risk of local extinction. Furthermore, we need to find specific methods to better investigate the potential decline of rarer species, which were hardly noticed in our general surveys before the arrival of the invasive species." Co-author Dr Peter Brown from Anglia Ruskin University, UK, said, "Long-term datasets such as those used in this work (and our recent atlas of ladybirds of Britain and Ireland) are invaluable. We are extremely grateful to the thousands of volunteer recorders who have contributed their ladybird findings to the surveys."