A new study has shown that Northern Spotted Owl populations are potentially at risk from a shallow gene pool. 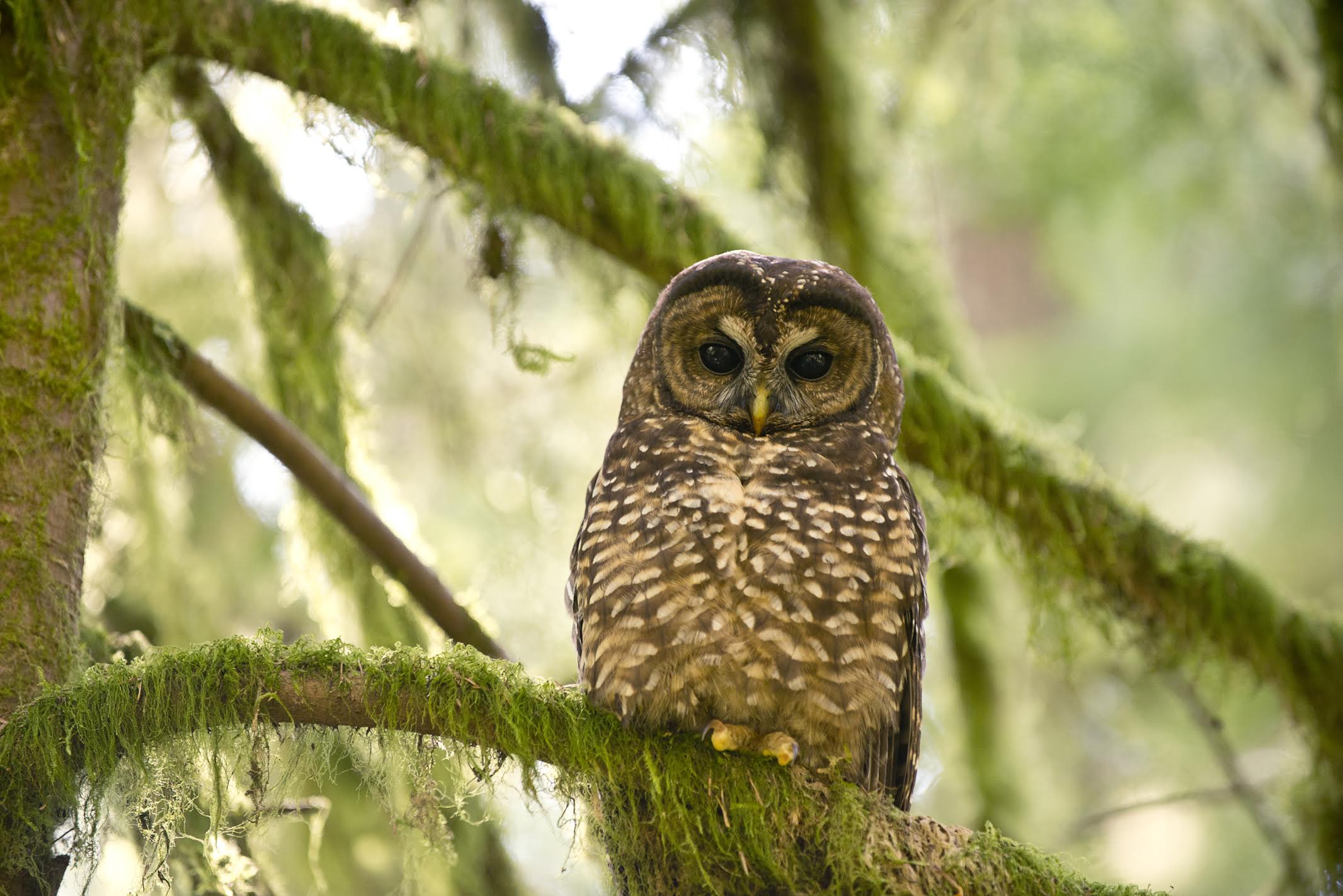 Northern Spotted Owl has declined widely across its range, largely due to logging, but it is also increasingly under threat from inbreeding (Alan Dyck).

As part of the study, Mark Miller of the United States Geological Survey (USGS) Forest and Rangeland Ecosystem Science Centre and his colleagues employed field and statistical methods to create a family tree for Northern Spotted Owls living in California, Oregon, and Washington.

From this, the researchers determined how often inbreeding occurs in the wild. Fourteen types of mating among relatives were determined, with most inbreeding relationships being between half or full siblings. It was discovered that inbreeding is most common in the Washington Cascades (with about 15 per cent of individuals), while the lowest inbred population was Northern California (of which about 2.7 per cent of individuals were inbred).

The explanation for this geographic variation may be the rate at which specific populations are declining and experiencing bottlenecks. Conservation efforts are vital, given that Northern Spotted Owls are already facing habitat loss and competition with a similar species, Barred Owl. This study showed that the physical consequences of inbreeding (such as physical deformities and reduced ability to adapt) and the reproductive fitness of individual birds (infertility, decreased future reproduction and decreased survival) need to be taken into account, since both influence this species' success. Translocating birds among populations to help increase the genetic diversity may be a potential management strategy.

Lead author Mark Miller commented: "Long-term studies, similar to the one described in this paper, are key to understanding how common or rare inbreeding is in natural populations. An understanding of the extent of inbreeding can help resource managers better identify appropriate measures to conserve threatened and endangered species."