A new study, published in ornithological journal The Auk, demonstrates the importance of both wintering and breeding grounds in the provision of nutrients for healthy egg production in Common Eider.

Storing nutrients during winter feeding and then carrying them to breeding grounds is a method known as capital breeding. For many Arctic breeders, it's a useful way of overcoming the issue of limited food availability during the short summer season at such high latitudes.

The study analysed the carbon and nitrogen isotopes found in the eggs of eiders breeding in the northern Baltic Sea. The results demonstrated that proteins in the egg yolk, which is produced first, included nutrients originating in the birds' wintering grounds off the Danish coast. However, the albumen (egg white) was made almost entirely from locally consumed nutrients around their breeding grounds.

The fact that nutrients are used from both wintering and breeding grounds in turn means that Common Eider is neither a true capital breeder nor income breeder (birds that rely entirely on food sources on their breeding grounds), and in fact something in between. This represents an interesting development in knowledge of Arctic-breeding birds. 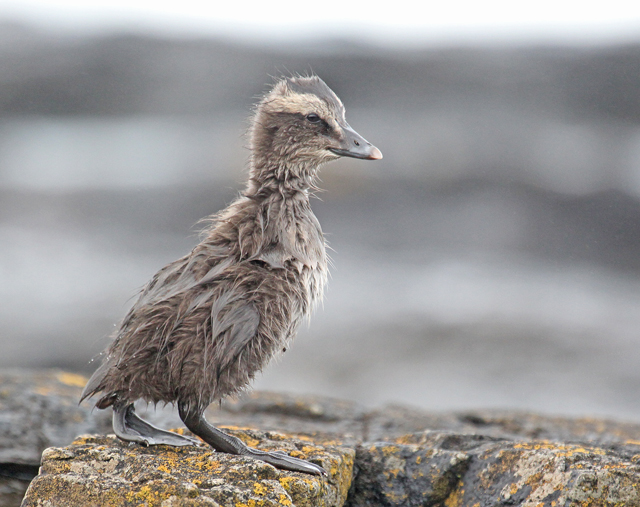 Because Common Eider uses nutrients gained on both wintering and breeding grounds in the production of eggs, breeding success is dependent on the availability of quality habitat and a good food supply throughout the year.

The study's lead author Keith Hobson explained: "The important take-home message is that the investment strategy is potentially dictated by events occurring on both wintering grounds and breeding grounds. So, sea ice cover and the health of winter mussel stocks in winter will influence eider body condition in spring. Ice conditions and food availability upon arrival on their breeding grounds also interact then to influence how much reserves can be put into eggs and when egg laying can start.

"This seasonal interaction between wintering and breeding grounds is important for conservation of eiders since it emphasizes that conservation efforts need to be matched throughout the annual cycle."

Baltic populations of Common Eider are currently declining and Hobson, Jaatinen and Öst's research suggests that any conservation efforts should focus not only on habitat quality of wintering grounds, but breeding grounds too.