If you go down to the woods today...you’d be hard-pressed to find many woodland birds

Latest results from the BTO/JNCC/RSPB Breeding Bird Survey (BBS) put our woodland birds at the top of the list of declining species. The BBS is the primary source of information about our countryside birds, and now shows that Wood Warbler, Spotted Flycatcher, Pied Flycatcher and Willow Tit have all declined by over 50% since the start of the survey in 1994. 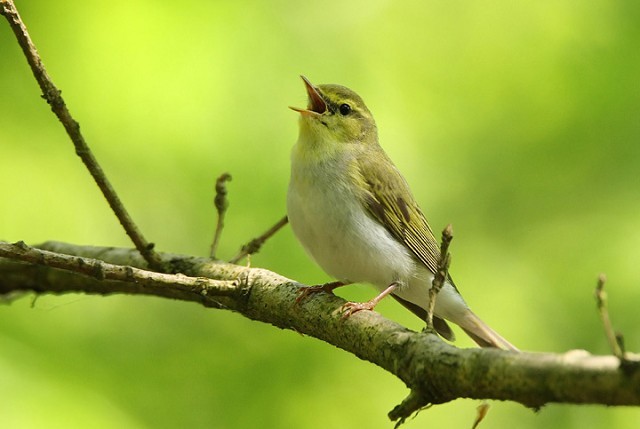 Nearly 3,000 volunteer birdwatchers got up very early in the morning to take part in the annual Breeding Bird Survey in 2007, and counted over a million individual birds of 220 species throughout the UK. Here are some of the results of their work:

BBS volunteers found that many woodland birds have decreased since the start of the survey in 1994, but those with the most specialist habitat requirements (some of which are also long-distance migrants), have shown the most dramatic declines, notably Willow Tit (down 77%), Spotted Flycatcher (down 59%), Wood Warbler (down 57%) and Pied Flycatcher (down 54%). This is not due to loss of habitat, as overall we probably have more woodland than ever, but the tree composition and age structure of our woods have changed. Deer have increased in numbers, browsing away the forest under-story on which the birds depend, and forest management practices are changing the structure of our woodlands. 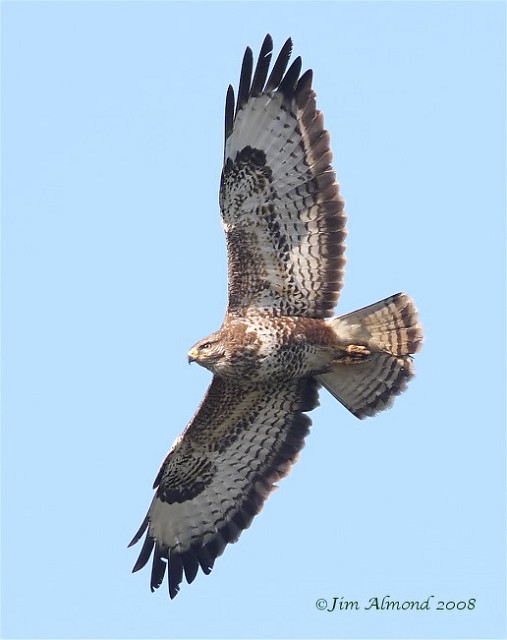 Stonechat, Nuthatch and Buzzard expand across the UK

It's not all bad news, and some species are increasing in numbers. Many of the species showing the biggest increases are also expanding across the UK, notably Stonechat (up 278%), Nuthatch (up 71%) and Buzzard (up 56%). Buzzards are spreading from their western strongholds, thanks to reduced persecution and the recovery of rabbit populations from the effects of myxomatosis. Stonechats are also spreading back eastwards from the temperate western coastal areas, and Nuthatches, previously found only in England and Wales, are increasingly breeding in Scotland. Is this an indication of climate change? The 2007–11 Bird Atlas, organised by BTO (with BirdWatch Ireland and the Scottish Ornithologists' Club), will track the geographical spread of these species, as BBS monitors changes in numbers. 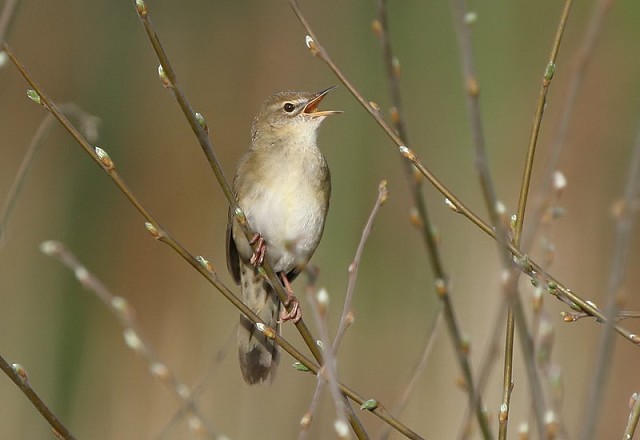 Life looking up for Grasshopper Warblers

The secretive Grasshopper Warbler is more often heard than seen, identified by a mechanical-sounding song that has been compared to a spinning reel on a fishing rod. They had been lost from many areas by the 1980s, and are red-listed due to population declines. However, BBS results now show that life is looking up for Grasshopper Warblers, which have increased by 68% since the survey started in 1994, and also increased by 24% between 2006 and 2007.

Details of all the above trends can be found in the BBS report. The full title of this report is The Breeding Bird Survey 2007 by Kate Risely, David Noble and Stephen Baillie. More information can be found at www.bto.org/bbs, and the report can be downloaded from here.

This important survey is carried out by volunteer birdwatchers throughout the UK, who receive no financial reward or expenses for their efforts. We are indebted to them for their tremendous support. Volunteer Regional Organisers co-ordinate the volunteers in their regions, matching birdwatchers with randomly selected 1-km squares to survey. The observers make two early-morning visits to their squares during the breeding season, and record all birds seen and heard along two 1-km walks across their square.