Researchers have discovered that the noise of human activities can obliterate communication between nestlings and parent birds. While they are unable to fly, nestling birds depend on their parents for both food and protection. Vocal communication between parents and offspring helps young birds to determine when they should beg for food and when they should crouch in the nest to avoid predators.

A group of researchers from Dalhousie University, Halifax, Nova Scotia, Canada, has found that the ambient, anthropomorphic noise from traffic, construction and other human activities can break this vital communications link, leaving nestlings vulnerable or hungry. They suggest that spreading urbanisation and development can negatively impact birds' wellbeing through proximity to their habitat, not just its destruction.

Faced with tough competition from hungry siblings, nestling birds instinctively react quickly to any sign that a parent might have food, vigorously begging to attract attention. While this rapid response increases their likelihood of getting a good meal, it also puts them at risk of hastily misidentifying predators as parents. On the other hand, if overly cautious nestlings fail to hear their parents approach with food, this missed detection could cost them a meal. 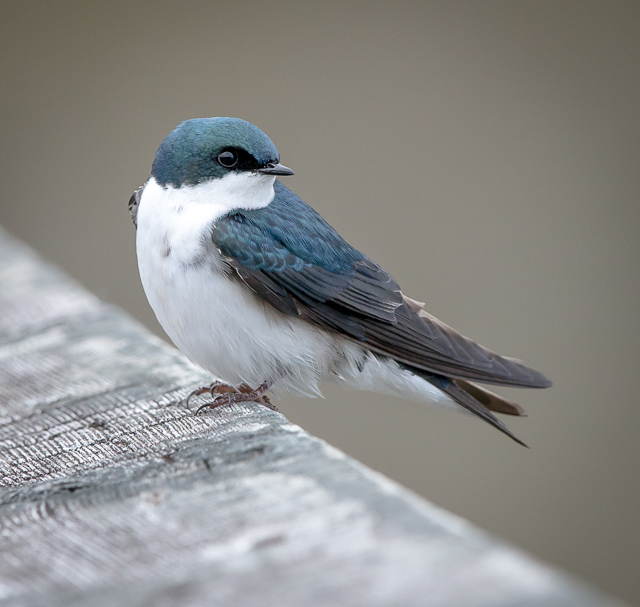 The Dalhousie University team suspected that the exaggerated begging calls of nestlings might be an attempt to convey an important message in the face of background noise, rather than just an overly dramatic plea for attention. "This idea had been neglected, perhaps because parents and nestlings are so close to each other when they communicate that you might think that error wouldn't be an issue," said researcher Andy Horn.

To test their hypothesis, the researchers presented nestling Tree Swallows with audio recordings of parents warning of a predator or announcing a food delivery. They compared the young birds' responses to the sounds when played with recorded background noise or in a quiet environment.The team found that background noise reduced nestlings' responsiveness to both feeding calls and alarm calls: they often failed to beg in response to the feeding calls, and continued begging instead of crouching and falling silent when parents warned of predators. They received little assistance from their parents, who did not appear to change their calls in noisier situations. In effect all nuance from the calls was erased.

Although not all ambient noise comes from human activity, a busy interstate or a new housing development is a more persistent source of noise than intermittent natural phenomena like wind and rain, Horn said. In future studies, Horn and his colleagues hope to determine which sounds are particularly detrimental for parent–nestling communication. "We usually associate declines in animal populations with our physical destruction of habitat, but the noise we make is another threat that we can't ignore," he said.

Article via materials from Acoustical Society of America's 168th meeting.