With the world's money markets in turmoil everyone is worried about how much "green" or gold they've got. But here I'm talking about plovers; the green and golden visitors from north and east that herald the arrival of autumn. From July onwards you can find small flocks of Lapwings seeking out the first ploughs and in August early returning Golden Plovers settle to moult on estuaries, but it's really in October when numbers really begin to pick up. But how many are there in total? This is a question that has vexed BTO and others for some time. Why do we need to know? Well with a Europe-wide decline in breeding Lapwings, and seemingly rapid changes in winter distributions with ever milder winters, we need to know how many we've got in order to better understand what, if any, conservation action is needed. 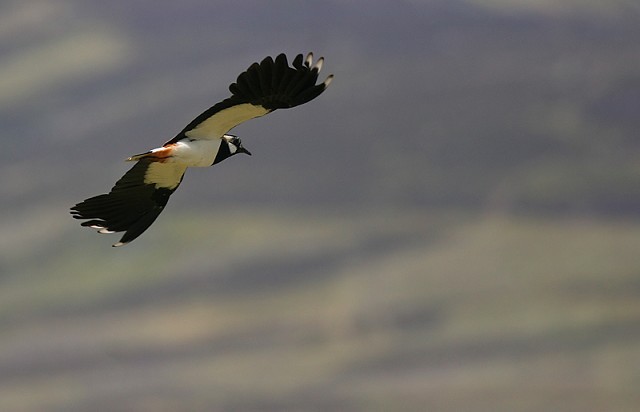 The problem is they just don't make things easy. Unlike a true estuarine wader such as a Knot, whose total population can be counted by visiting a number of well-defined estuaries, Golden Plovers and Lapwings are very widespread (Fig 1) and have a much looser definition of preferred habitat. Estuaries, coastal grazing marshes, intensive arable land, ancient permanent pastures, school playing fields, even factory roofs: all count, and therefore all need to be counted. In winter 2006–07 BTO ran a survey that used a combination of methods to assess numbers. The backbone of the survey was the monthly BTO/WWT/RSPB/JNCC Wetland Bird Survey (WeBS) in which all estuaries and many significant inland waterbodies are surveyed. A trawl of recent records and local advice identified a further list of terrestrial 'Key Sites'—those farmland haunts that regularly hold a few hundred or thousand birds. A selection of random squares aimed to find out the 'background' density of plovers outside well known hot spots. Finally, BirdGuides readers and others provided casual records of large flocks which helped to determine if we were missing any large concentrations. 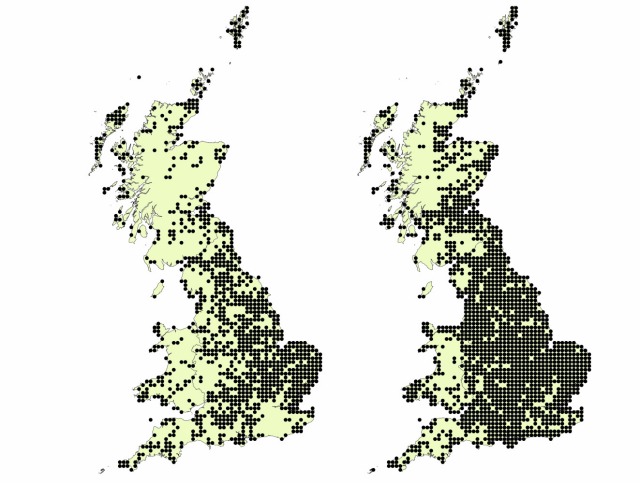 Fig 1. Provisional maps of the winter distribution of Golden Plover (left) and Lapwing (right) based solely on the first winter of the Bird Atlas 2007–11. The widespread nature of the species makes them a tricky subject for ornithologists. 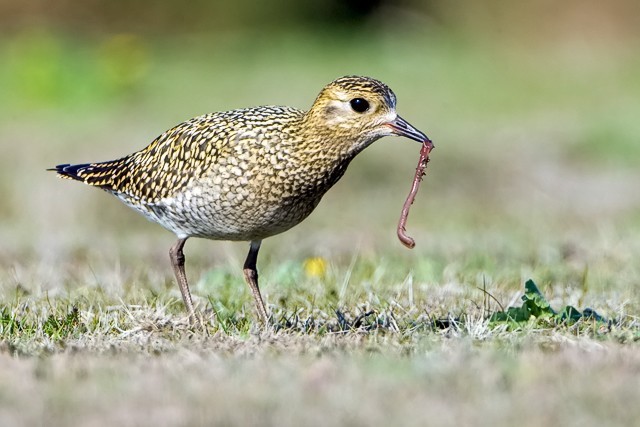 These figures are a major step forward in our understanding of plover populations. Until now, our estimates dated back to the previous Winter Atlas in the early 1980s. Our new Golden Plover estimate is substantially higher than the old one, whereas the Lapwing one is substantially lower. Estimating population sizes is not an exact science, and we are continually revising methods to provide better figures for conservation purposes. The drop in the Lapwing estimate almost certainly mirrors the large decline in breeding populations across Europe. Just how the Golden Plover numbers have changed is still under debate, partly because their distribution in Europe is changing, perhaps in response to climate change.

On the last point, you can help. During 15th—22nd October 2008 hundreds of birdwatchers will be participating in the biggest coordinated international survey of Golden Plovers to date. October sees at least 1 million Golden Plovers occupy a zone from southern Scandinavia, the Baltic and Low Countries across to Britain and Ireland. In all these countries counters will be out recording plovers in a synchronised effort to get a better handle on the total population. Please play your part and submit counts of any Golden Plovers you see via BirdTrack or the Atlas. Not only will you be improving our knowledge of this species, you'll also be getting ready for the Atlas kick-off on 1st November. 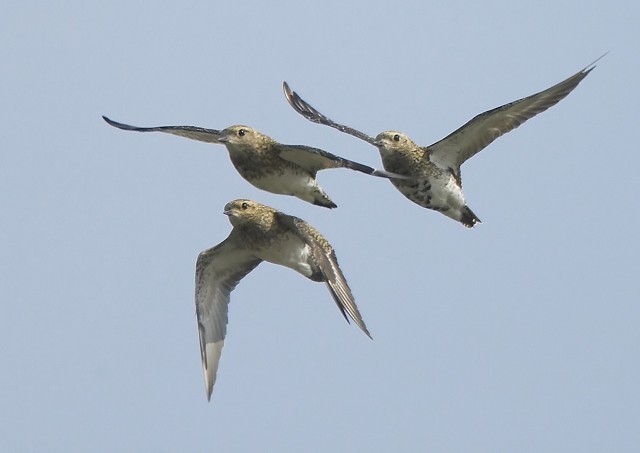