Hitch-hiking with birds for life

Although chewing lice spend their entire lives as parasites on birds, it is difficult to predict patterns of louse distribution, new research from the University of Gothenburg, Sweden, reveals. Researcher Daniel Gustafsson has studied chewing lice on sandpipers around the world and investigated how host birds' migration patterns affect louse distribution and relationships. With no wings and very small eyes, chewing lice are, by and large, helpless away from their host. Gustafsson has studied species of chewing lice that live on the birds' wings and compared them with species that live on their body feathers. "Given that chewing lice are almost totally dependent on direct contact between two birds to spread, lice that sit on birds' wings should find it easier to use occasional contact between two hosts to spread than those that sit closer to birds' bodies," Daniel Gustafsson says.

But contrary to expectation, it would appear that body lice can spread more easily than wing lice, even though they live on parts of their host that less frequently come into contact with other birds. "This is surprising as body lice should be more limited to one particular species of bird," Gustafsson says. "The real opportunities for spreading should be between parents and their offspring in the nest, or between adult birds during mating." Genetic and morphological data from two different genera show complicated patterns. "Wing lice from small bird host species are found on more host species than those that parasitize larger bird host species," Gustafsson added. 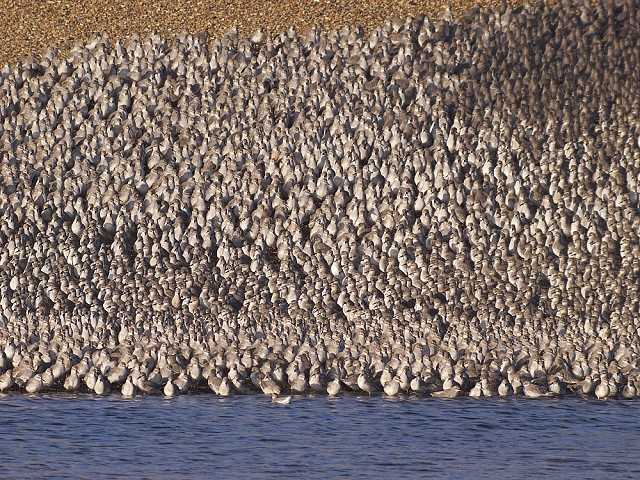 Another unexpected result is that the body lice on almost all sandpipers worldwide, with the exception of those on Dunlin and Ruff, are genetically almost identical. "Sandpipers are incredibly mobile," Daniel Gustafsson says. "They breed around the Polar Circle but fly to the tropics during the Arctic winter, following specific migration routes known as flyways." He has studied sandpipers in Sweden, Japan, Australia, and Canada. When sandpipers migrate, they do so in enormous flocks, often tens of thousands strong and containing several different species. These winter flocks should offer excellent opportunities for the lice to spread as the birds often stand in tight groups at high tide and at night. "But it would appear that several factors other than geography play a role, including the size of the host bird," he explains. "Specific rest and wintering environments probably play a role, too, as some of the host birds that generally winter in freshwater localities carry species of wing lice that differ from those that live on bird species that are mainly found on the seashore."

Some chewing lice have also been found hitch-hiking on louse flies, which are related to deer flies. In such cases they attach themselves to the louse flies' legs and abdomen. Other chewing lice have been seen to switch between host ducks by walking on the water surface. Chewing lice are common in birds and most groups of mammals. There are two species that live on humans: Pubic (Crab) Lice and Head/Body Lice.