The project, led by researchers at the British Trust for Ornithology, examined the importance of flight heights in determining the risk posed to seabirds from collision with offshore wind turbines. Innovative statistical techniques were used to combine data from over 30 sites and a detailed description of the proportion of birds that fly at different altitudes were produced for each species. Results show that many species, including Puffins and Arctic Terns, spend most of their time within 5 metres of the sea surface, while gulls flew more regularly at 20 metres above the sea surface. 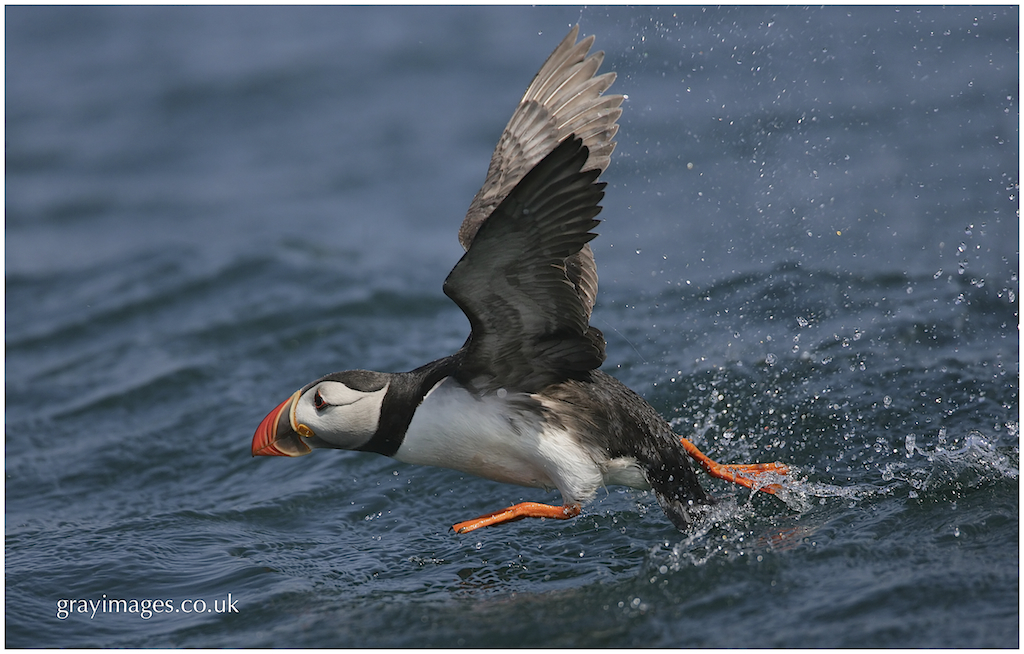 These findings are particularly critical in the light of the high number of offshore wind farms that are currently proposed in UK waters. Although wind farms are a key part of the government's strategy to meet its renewable energy targets, they may potentially affect local birds, including protected and declining species. In severe cases, birds can collide with turbine blades and die. Estimates of the proportion of birds flying at different heights are fed into an assessment of the potential impact on wildlife for each wind farm, and can influence the likelihood that proposed renewable developments will go ahead. The results presented in this study show that if turbines are located higher above the sea surface, more birds will naturally fly underneath the turbine blades. The authors also suggest that seabird collision risk could be reduced by installing fewer but larger turbines, which produce the same energy output as a greater number of smaller turbines.

Dr Alison Johnston, who led the work, said: "These results demonstrate that turbines need not always be in conflict with wildlife. With careful planning of turbine design, offshore wind farms can be installed which minimise the impacts on bird populations. Solutions as simple as building turbines higher above the sea surface can reduce the number of birds colliding with the structures."