As we approach the end of the third year of fieldwork for the Winter Atlas we can see the fantastic achievement of thousands of birders across Britain and Ireland taking part in Bird Atlas 2007–11. Much of Britain and Ireland has been well covered and we are now starting to focus our efforts on achieving good coverage in those areas where few birders live or which are remote and difficult to access. 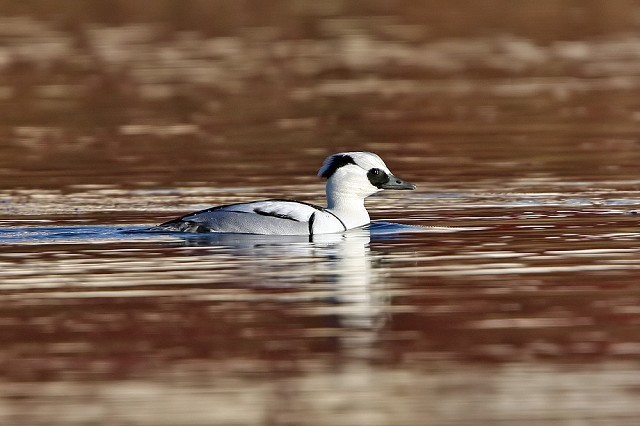 One measure of coverage is to look at the 'species richness' maps we produce on the Atlas website. Using the 10-km square species lists gathered in the 1981–84 Winter Atlas and the 1988–91 Breeding Atlas we can work out the percentage of the species list found so far in each season. This is a good guide to how much birdwatching effort there has been in a 10-km square and highlights those 10-km square where only a small proportion of the expected species list has been found. Figure 1 below shows that most 10-km squares in Britain have 'turned red' indicating that at least 90% of the expected species list has been found — but there are probably more species to find in all these squares!

Figure 1: Winter 'Species richness' across Britain and Ireland. Using the 10-km square species lists from the 1981–84 Winter Atlas this map shows our progress towards the target list in each 10-km square. This is designed to be an indicator of effort in a 10-km square and will help birdwatchers target their birdwatching to areas that need most help — the white, yellow and orange squares. (map: BTO)

The 'Regional Results' pages are accessed from 'Latest Results' on the homepage and give you detailed maps for all BTO regions showing species richness, coverage by timed counts and a small range of species distribution maps. The distribution maps are at the 10-km scale, except for those 41 counties undertaking county atlases where tetrad scale distribution is shown on the low-resolution maps. Below I've highlighted a few BTO regions still in need of help — perhaps you have been nearby recently and can add some records or maybe you are going this weekend? 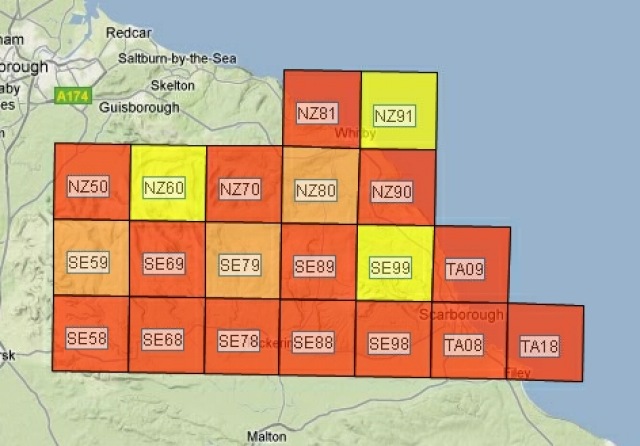 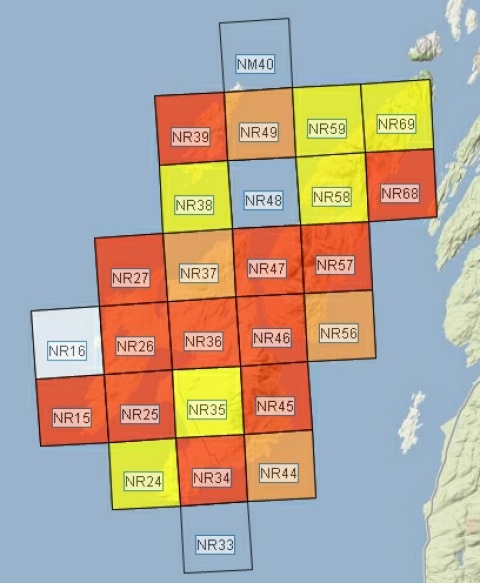 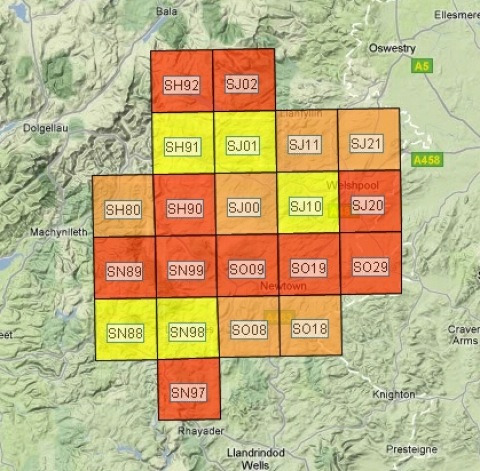 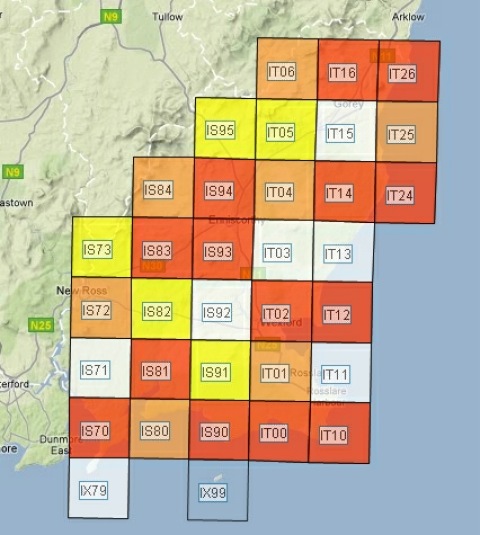 Figure 5: Winter 'Species richness' in the Co. Wexford BTO Region. % of species found so far. white=1–50%; yellow=50–74%; orange=75–90%; red=greater than 90% (Based on previous atlas data). A huge amount of effort is still required across the whole of Ireland. Co Wexford is a hotspot for winter birding but away from the well-watched sites many 10-km squares are under-recorded. (map: BTO)

The cold weather has certainly caused an influx of Smew into Britain and Ireland — have we got all the records? Figure 6 below shows the provisional distribution for Smew for the winter months November to February since the start of the Atlas in November 2007. 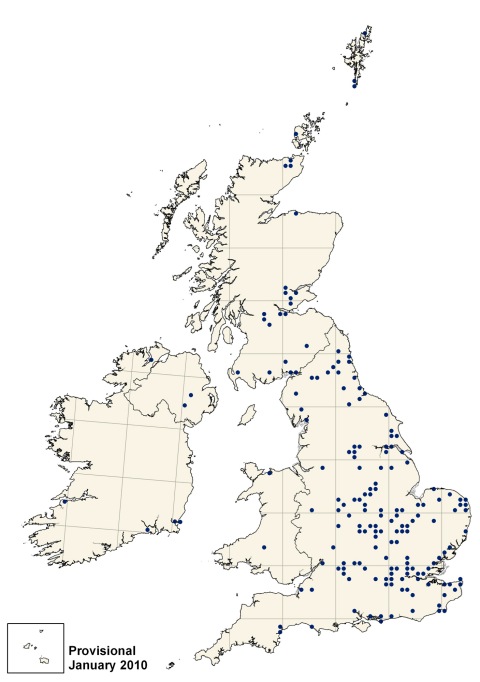 You can easily add Roving Records to the Bird Atlas at www.birdatlas.net. If you are not already registered, click on the big red button and follow through to Data Home where there is a clear link to 'Add Roving Records'. Sightings submitted to BirdTrack will also feed into the Atlas.

Many thanks for all your help!