Help complete the most ambitious bird atlas ever produced

The British Trust for Ornithology (BTO) has just launched a new web-based tool for filling British and Irish gaps on the map for the new European Breeding Bird Atlas (EBBA2), the most ambitious continental-scale atlas of breeding birds ever produced.

Efforts to collect data have been underway across Europe since 2013, and have largely focused on capacity-building and data gathering in southern and eastern Europe, where there are few ongoing bird monitoring schemes or atlases. Summer 2017 is the last season of fieldwork of this initiative and it is now time for Britain and Ireland to ensure the relevant data is provided.

EBBA2 aims to collect records at a 50-km grid square level for Britain and Ireland's breeding birds. We already have a recent and comprehensive dataset from Bird Atlas 2007-11, but this is outside of the 2013-2017 data collection period for EBBA2, and important and interesting changes might have occurred between the two time periods. Birdwatchers across Britain and Ireland are being asked to help collect breeding evidence, for all of our breeding birds this summer.

To help, the BTO have produced a tool by which birdwatchers can look at an online map of Britain and Ireland to see which 50-km squares are short on up-to-date breeding evidence, and which species in that square need targeting. Clicking on a square of interest will produce a pop-up showing a list of all species known to breed in this square during Bird Atlas 2007-11, and the highest-level of breeding evidence information we currently have from the period 2013-16. 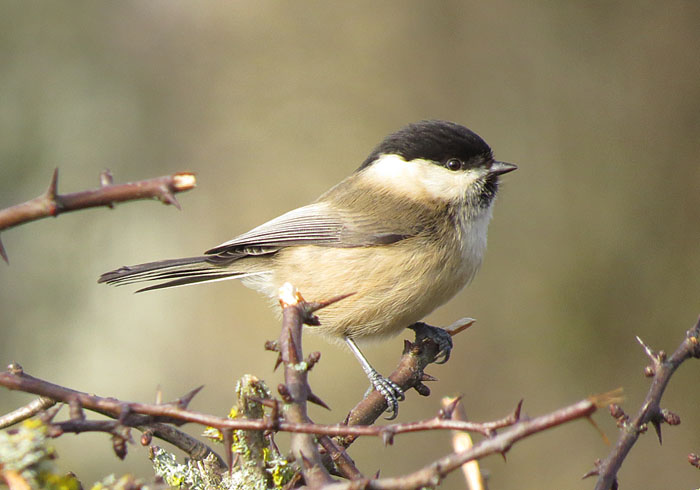 The declining Willow Tit will benefit from having its range mapped as completely as possible (Photo: Gary Smith)

Armed with this information, participants can go to the square of their choice and target their birding to collect the evidence needed. Records including breeding evidence can be easily submitted through BirdTrack, and most importantly, the highest breeding evidence code detected, using the same codes as for Bird Atlas 2007-11.

David Noble, Principal Ecologist at BTO said: "Together with information from another 50 countries on the continent, the EBBA2 will be the largest, most comprehensive and up-to-date dataset on a whole taxonomic group anywhere in the world, and will be invaluable in underpinning research and directing nature conservation policy for years to come."

The underlying online map will be updated every week with new evidence and to adjust target squares and species accordingly. Find your favourite gap and start recording where birds are breeding now!