Just-published research has shown a population of large gulls on a Scottish island declined sharply as the fish catch landed by the local fishing fleet fell.

The research, published in the British Trust for Ornithology (BTO) journal Bird Study, looked at the breeding populations of Herring, Great Black-backed and Lesser Black-backed Gulls on the Hebridean island of Canna, Highland, and the relationship between these gull populations and the fall in the quantity of fish landed in the nearby harbour of Mallaig. 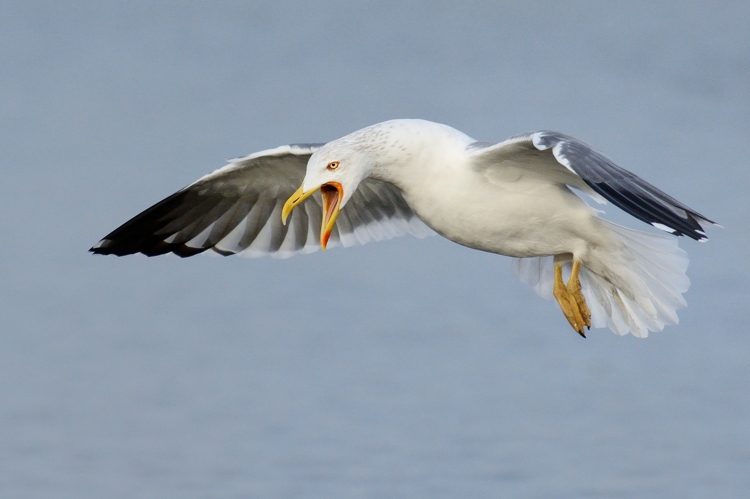 Lesser Black-backed Gull is one of three species found to have declined significantly on Canna (Photo: Tom Hines)

Simon Foster, lead author on the paper, said: "The Canna seabird study is one of the longest running annual studies in the world. It is an enormous privilege to be part of the team of highly skilled, dedicated volunteers who have been collecting the data for over 48 years. This has allowed us to track the changing fortunes of seabirds. The gull data are interesting: if you look over a short time period you can see large changes; however, over a longer period and using anecdotal information from the 1930s, it becomes apparent that Canna gulls may be returning to more normal, albeit lower levels.”

Dr Viola Ross Smith, gull expert at the BTO, said: "Breeding gulls have a bad reputation, especially in urban areas. However, it is worth remembering that all these species are classed as Birds of Conservation Concern, and the Herring Gull is on the Red List. It therefore seems important to identify the causes of population decline in rural colonies such as Canna, and find ways to conserve the birds at these sites, especially since gulls that fail to breed successfully are known to seek breeding opportunities elsewhere, including in towns and cities."