New research has shown that Hawfinch nest productivity is sufficient to maintain local populations in Britain.

The study, by the RSPB and British Trust for Ornithology (BTO) and published in Bird Study, found that the nest success rate of Hawfinches averaged 36 per cent across five seasons – a level unlikely to be driving population declines and substantially higher than what was calculated by recent estimates from the long-term BTO Nest Record Scheme (NRS). Consequently, drivers of recent Hawfinch declines in Britain are likely to be coming from factors outside the breeding season and away from the primary woodland habitat in which the species nests. The relatively small sample size may even have led to an over-estimation of nest failure. 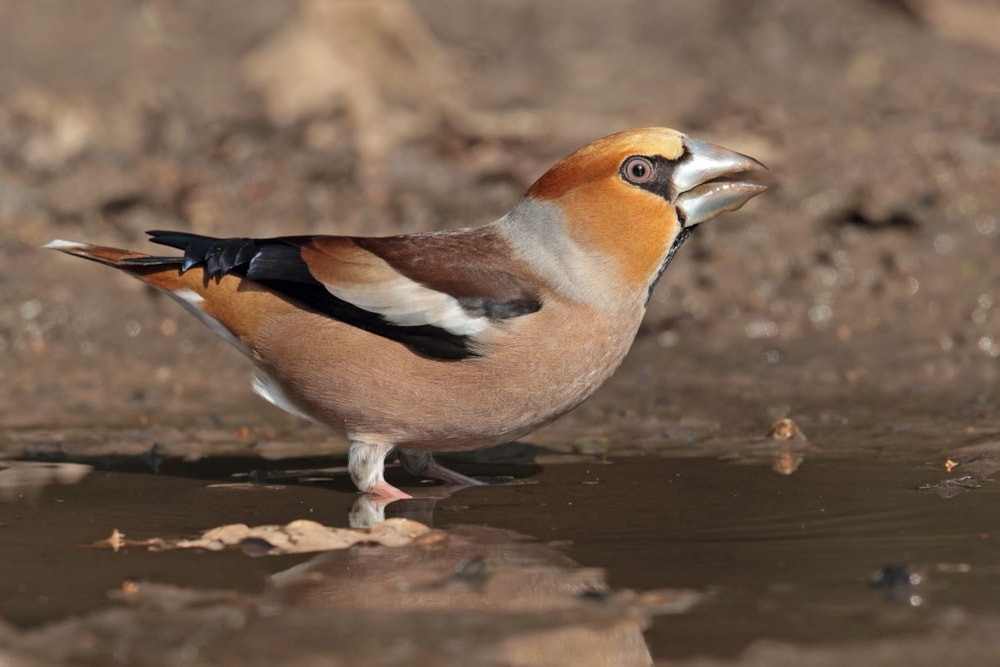 The study found there was no apparant decline in the breeding success of British Hawfinches (Stephen Burch).

The study set out to investigate any potential correlation between habitat and nest success, as well as identifying the chief nest predators, before comparing the results with those found by NRS recorders. Female Hawfinches were trapped at feeding areas and fitted with radio-tags; they were then tracked back to the nest sites. Habitat measures and changes potentially influencing the survival of the birds were studied and then compared against the outcome of the nest. Cameras were installed to identify predators, and all the data collected was compared with the findings from the long-term NRS.

Only avian species were found to be predating nests and there was no correlation between habitat and breeding success. Although the results showed that nest success varied from year to year, the mean productive value was not particularly lower than other Hawfinch studies or any other species with similar nesting habits. The apparent recent declines in success, which were the results of NRS data, were not reflective in the study.