One day, early in the New Year of 2010, we were having lunch in one of our favourite fish restaurants just outside Kissamos in Western Crete. The weather was unseasonably warm, so we chose to eat at an outside table that overlooked the waters in the harbour, where fishing boats with names like Eirene, Niko, Stelios and Eleni gently bobbed. As we sipped our Mythos beers and waited for our Greek salads, a flash of blue suddenly took my eye and, when I checked to see what had caused me to blink, I spotted a Kingfisher sat on the rigging of the Eirene, its tiny head flipping from side to side and its gorgeous blue plumage rustling in the breath of wind. It was there but a few seconds before it flew off, looking elsewhere for fish or maybe for somewhere to build its nest. 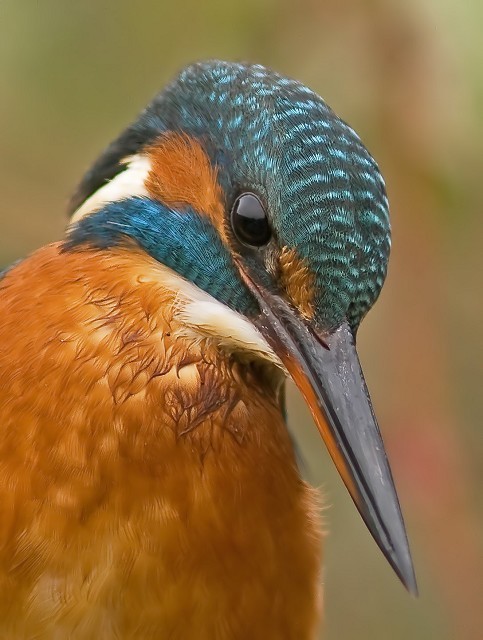 According to the ancient Greeks, Kingfishers build their nests on a raft of fish-bones and then float them on the sea, where they then lay and incubate their eggs. In order to allow this, they said, the gods always saw to it that the seas and the winds were calmed at this period of the New Year, which occurred just after the winter solstice. The Greek name for Kingfisher is halcyon and of course that is where we get the term 'halcyon days', which was originally used about this period early in the New Year that not infrequently sees fine weather in Greece. We now use the term to refer to some fondly remembered time in our past, but where did the Kingfisher get the name of halcyon?

According to a Greek myth, Alcyone, who was the daughter of Aeolus, married Ceyx, who was the son of Eosophorus, the Morning Star. The couple were very happy in marriage, but made the mistake of referring to each other privately as Hera and Zeus. Of course, the gods hear everything, even from the quietest of homes, and Zeus was very displeased at this sacrilegious use of his name. When Ceyx was at sea one day, Zeus summoned a mighty storm and hurled a thunderbolt at Ceyx's ship that killed the poor unfortunate lover. Ceyx then appeared as an apparition to Alcyone to tell her what had happened and she was so distraught that she threw herself into the sea and drowned. Out of sorrow and compassion, the gods then turned the pair of them into beautiful, flashing-blue halcyon birds, named after her. 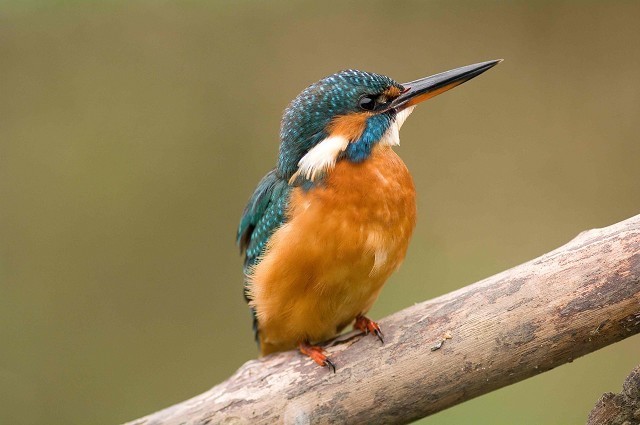 Geoffrey Chaucer uses the story of Ceyx and Alcyone in his earliest major poem, The Book of the Duchess. The poem, allegedly written to commemorate the death of Blanche of Lancaster, the wife of John of Gaunt, tells the story of the poet's dream but begins with the poet reading a book of ancient stories and in particular the story of Ceyx and Alcyone. In Chaucer's version of the tale, Alcyone, distraught at the unknown fate of Ceyx, prays to the goddess Juno to send her a dream vision that tells her the fate of her missing husband. Juno arranges for Morpheus, the god of sleep, to convey the body of Ceyx to Alcyone with a message. Brought in dream to his wife three hours before dawn, Ceyx instructs her to bury him and to cease her crying. At this point the poet, still holding his book in his hands, drifts off into sleep.

JOAN LA PUCELLE: Assign'd I am to be the English scourge.
This night the siege assuredly I'll raise:
Expect Saint Martin's summer, halcyon days,
Since I have entered into these wars.

In King Lear, Shakespeare also refers to an old folk tradition that if a Kingfisher was killed and hung by a thread from a post (please don't try this!), its beak would always point in the direction of the wind:

Bring oil to fire, snow to their colder moods;
Renege, affirm, and turn their halcyon beaks
With every gale and vary of their masters.

The Kingfisher has inspired poets throughout the centuries. WH Davies pays tribute to the Kingfisher in his eponymous poem:

It was the Rainbow gave thee birth,
And left thee all her lovely hues;
And, as her mother's name was Tears,
So runs it in my blood to choose
For haunts the lonely pools, and keep
In company with trees that weep.

Another poet, mad John Clare, in his natural history writings states that "it flyes on the top of the water down rivers & dykes & often seizes its prey on the wing — it makes its nest on the ground in the reed beds & lays 5 eggs of a dirty brown colour — the young take the water as soon as hatched." Andrew Marvell's Kingfisher is seen "flying betwixt the day and night" and changing as she recedes upstream, into a "sapphire-winged mist", while for Gerald Manley Hopkins "as kingfishers catch fire, dragonflies draw flame". 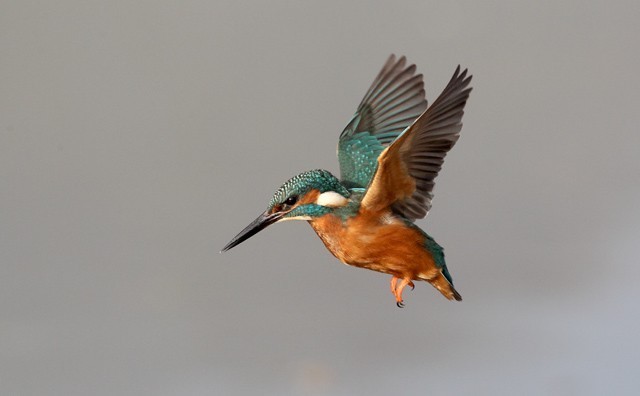 From the balcony of our home in Bridgnorth, we often see the blue flash of a Kingfisher arrowing across the River Severn. There was a time when I was curious as to what happened to the bird's nest when the mighty river flooded, as it is wont to do with devastating consequences from time to time. The Kingfisher tunnels up to 18 inches into the river bank to nest where the female lays up to 10 eggs. The male and female can bring in over a hundred fish daily to feed their young, with the result that this deeply dug nest becomes a mass of fish bones and fledgling bird droppings. So smelly is it that the adults can frequently be seen dipping into the water to cleanse themselves immediately on exiting the burrow. So what happens in a flood? A very good friend of mine, when I asked this question, pointed out quite correctly that I was clinging to an anthropomorphic vision of birds snuggling regularly into their nests each night, when of course nests are merely places for raising their young. It is — and I was — wrong to think that birds live in their nests all through the year, when of course they don't. No doubt any eggs and unfledged young would be submerged in any flood, but the adults will be able to take avoiding action. Their attachment to their young is biological, not sentimental.

We were enjoying our literal halcyon days at our Kissamos restaurant, the becalmed Aegean Sea, the bright if wan sun, the stillness of the air, all testimony to this meteorological curiosity. The Kingfisher that alighted on the rigging of the Eirene that day was a timely reminder of that winter phenomenon, of the magical blue flash across the River Severn and of the long-lost innocence of my youth.