Researchers at the University of Southampton have shown that an even range of habitats – chiefly forests, fields and meadows – are needed in an area of around 200 m2 to 1 km2 in order for Jays to thrive.

The data, published recently in Methods in Ecology and Evolution, showed that the higher the temperature, the more important it it is for Jays to have a mix of different surroundings in a relatively small space, with an even spread of coniferous and broad-leaved forests also necessary. 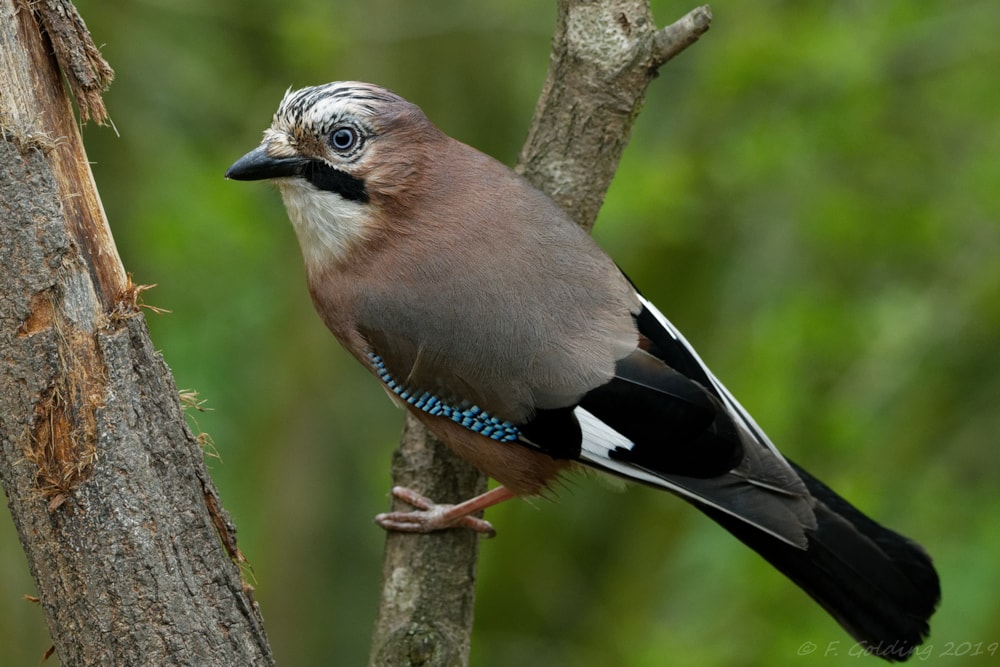 Data from the latest BTO Bird Atlas was studied, along with satellite imagery of Jay habitat (Frank Golding).

The study shows how habitat management will become increasingly important as temperatures rise. Data from the BTO's Bird Atlas 2007-11 was studied by the researchers, who focused on Jay as it's a species known to frequent a variety of ecosystems. The Atlas was one of the most ambitious volunteer projects undertaken, with volunteer surveyors allocated squares of land around Britain in which they counted every bird during winter and in the breeding season.

The University of Southampton researchers gathered this data and combined it with satellite imagery of Britain to obtain a complete picture of the habitats in which there was an abundance of Jay, and how a changing climate affected their numbers. The success of the trial means that this method of studying wildlife numbers could be an effective way to look at the impact climate change has on habitats for other species.

Dr Laura Graham, Postdoctoral Research Associate at the University of Southampton, said: "One of the key challenges in ecological climate change research is gaining an understanding of how climate interacts with changes in habitat to impact species' abundance and distributions. The method we developed for this project allows us to do this."