A new study of European Herring Gull has found that the species has developed complicated behaviour to 'skin' sea creatures to make them safe to eat. Researchera from the University of Southampton think this feeding habit may be a response to urbanisation and changes in food availability.

Birds were studied at Dún Laoghaire Marina, Co Dublin, and were found to have learnt a novel way of disposing of the tightly fixed outer layer of sea squirts, an organism which they have learnt to pluck from the underside of pontoons by diving or floating on the water. Sea squirts have an outer layer designed to give protection from predators. This layer is unpalatable to gulls; however, those resident around Dún Laoghaire have overcome this using a particularly clever method. 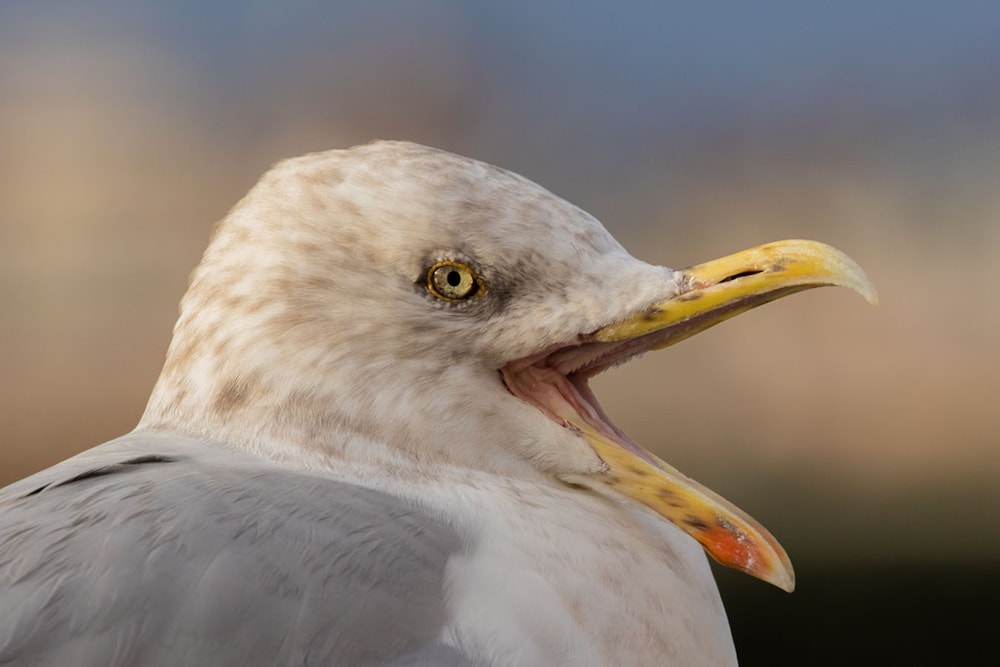 European Herring Gull has learnt to skin its food prior to consumption (Joe Seymour).

The birds grasp the sea squirt's tunic in their beaks, shake it to loosen the soft edible inner body, then switch to hold the inner body (again with their beaks) and shake again until the inedible outer layer is removed. The team's report, published in the journal Ecosphere, is the first recorded observation of European Herring Gulls employing this unusual behaviour.

Project leader Luke Holman, a postgraduate researcher in the School of Ocean and Earth Science at the University of Southampton, said: "As our coasts have been urbanised over the centuries, gull species have become opportunistic when looking for food. We have all seen them raiding rubbish bins in seaside towns and even swooping to take food straight from people's hands. But our study shows how the gulls of Dún Laoghaire are adapting in a different way – exploiting a new food source by developing a novel, sophisticated feeding strategy.

"Their dexterity and handling ability is unprecedented and they are able to separate the two halves of the organism either while on land or surface swimming. Their complex technique reinforces the general view that gulls are highly versatile predators – skilled at handling objects and foraging."

Sea squirts are successful fouling organisms that cling to the damp surfaces of coastal structures, such as pontoons, and often become invasive when artificially introduced to new areas. Increased development of coastal areas provides them with ideal habitats for proliferating. In addition, shipping and recreational boating has encouraged their spread. This has led to them emerging as a potential new food source along our increasingly urbanised coastlines.