House Sparrows are approaching a six-year high in gardens. Numbers declined sharply in 2006 but are now making a steady recovery. The House Sparrow is a species that has been in long-term decline: data collected by householders who take part in BTO surveys show that the number of House Sparrows using garden feeding stations during winter has dropped by two thirds since the early 1970s. The middle of the last decade saw a particularly sudden drop, which coincided with a large outbreak of disease (trichomonosis) in Greenfinches and Chaffinches. It is therefore possible that trichomonosis might also have had an impact on House Sparrows, although formal analyses are yet to be conducted. Since this drop, however, numbers of House Sparrows in gardens have rallied and are now approaching a six-year high. This recovery is fragile and needs support.

Gardeners can create a more hospitable environment for House Sparrows by cultivating thick vegetation, cleaning feeding stations regularly and by putting up groups of nest boxes in which House Sparrows can breed. Other top-tips are provided in the free BTO House Sparrow factsheet, which can be obtained by emailing gbw@bto.org or telephoning 01842 750050. 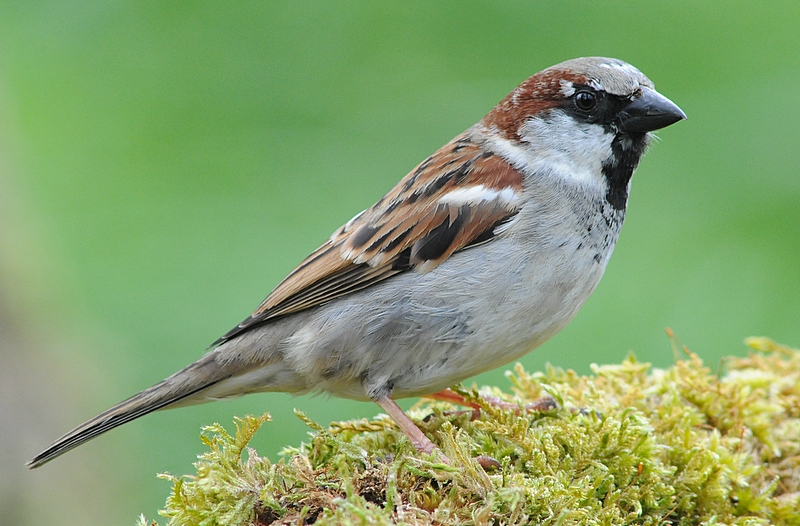 English House Sparrows are in particular need of some TLC. Since 1995, when the year-round BTO Garden BirdWatch survey started, declines of House Sparrows in English gardens have been much steeper than those in Scotland or Wales. On average, almost one in four English householders have lost their House Sparrows since 1995, compared with fewer than one in ten householders in both Scotland and Wales. Early indications suggest that House Sparrows are also faring better in gardens in Northern Ireland and Ireland than in England. Summer is a fantastic time of year to look out for House Sparrows. Territorial males can be heard chirruping from roof-tops as they proclaim their breeding territories, with the main nesting period continuing until August. From June through to early September, numbers of House Sparrows in gardens increase rapidly as fledglings arrive in search of food and shelter.

Tim Harrison of the BTO Garden BirdWatch Team commented: "The decline of the House Sparrow has grabbed the public's attention unlike any other species. Just a few decades ago, children grew up surrounded by this charismatic species. Now, they are likelier to spot a Chaffinch, Collared Dove or Woodpigeon in their garden." He added: "These green shoots of recovery for House Sparrows in gardens are small and delicate. They need nurturing and the BTO wants to help the public to do this."