Researcher Wouter Halfwerk of the Behavioural Biology group at the Institute of Biology Leiden studied the role of song frequency in male–female communication in a common urban species, the Great Tit, and found that males sing their lowest songs at the peak of female fertility. Furthermore, they found that when males did not sing as low as they could, the females listening to these songs left their nests early at dawn to cheat on their mates. 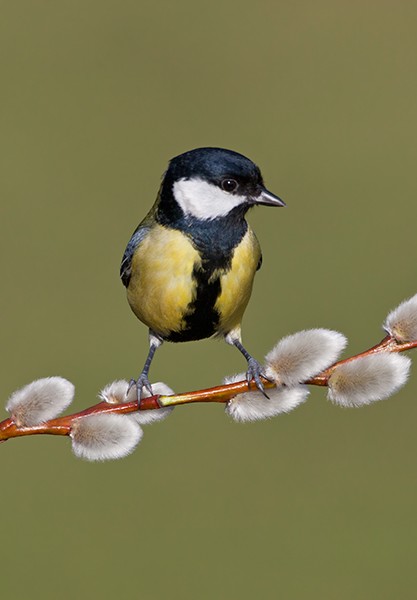 Males may therefore rely on low songs to impress females, but previous work suggested that males sing high songs under urban noise conditions, presumably to aid signal detection. Researchers designed an experiment to test whether females would be more attracted to low songs compared to high songs and whether a particular preference would shift under urban noise conditions. They played back high and low song types from the social male's repertoire to females inside nest boxes and found low songs to be negatively affected by noise, whereas high songs remained equally attractive. Thus, on the one hand it is worthwhile for males to change song frequency in response to background noise, but by doing so they risk sounding less impressive to females. The Leiden researchers predict that birds in urban areas will shift to other acoustic features so that they can still distinguish themselves from competing males. Finally, the results suggest that bird species that rely on very low sounds in mate attraction may suffer most from masking of low-frequency urban noise. This explains why these species breed in lower numbers close to busy highways.