I've recently returned from an enjoyable week-long holiday in Holland. It wasn't a birding trip; I did next to no research before departure, and I won't even pretend that this is a proper trip report — but I did come across a few bits and pieces that might be of interest to anyone contemplating a trip with a non-birding partner or with limited time or transport to visit "proper" birding sites.

We travelled on the overnight P&O ferry from Hull to Rotterdam, had a couple of days in Delft, an afternoon in Leiden, and then an extended weekend with friends around Egmond-aan-Zee near Alkmaar (on the coast northwest of Amsterdam).

Our first "interesting" sighting was a pair of Egyptian Geese seen from the ferry as it chugged up the Nieuwe Waterweg ("New Waterway") to the Europoort at Rotterdam on a beautiful still morning. (First impression of Holland: what a lot of wind turbines they have.) Egyptian Geese turned out to be ubiquitous in Holland — we saw them all over the place, from trains and in city centres. 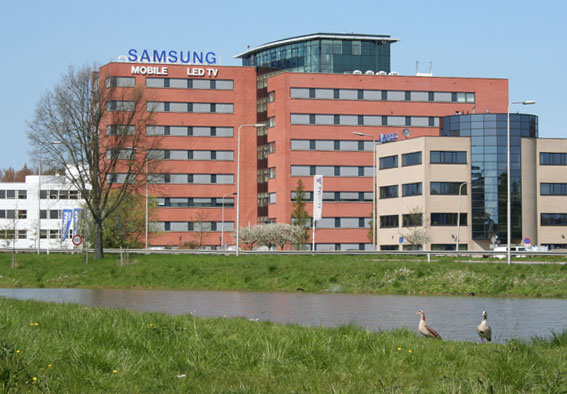 Continuing with the exotic theme, Ring-necked Parakeets were frequent and obvious overhead in Delft. We stayed at the Uylenburg Herberg a mile or so from the city centre; we saw Parakeets every time we walked to and from the hotel via the attractive recreation/conservation space known as the Delftse Hout, which I'd recommend as an accessible green area within an easy walk of the city centre. Nesting Lapwings and Oystercatchers made a pleasant change from the Feral Pigeons and Magpies of suburban England. It was also interesting to note the tameness and different habitat preferences of Coots and Great Crested Grebes compared with the UK — both seem happy on Delft's narrow canals, even in the city centre (the former frequently nesting on steps, under bridges and so on). A Nightingale singing from an unremarkable hedgerow behind the Delft branch of Ikea was a surprise (but was actually the first of many). A White Stork soared low overhead as we walked in across the polder one morning, the only one we saw. 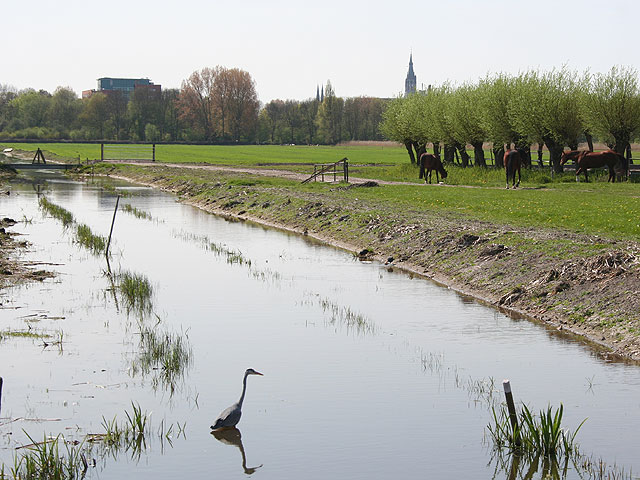 Our time at Egmond-aan-Zee was dominated by our enthusiastic German/Dutch hosts, who filled our days with cycle-rides, lazy café trips and various other Dutch delights. And being "interested in ze birds", obviously I was expected to fuss over Paco, their manic pet Cockatiel. But I did manage to escape for a couple of early-morning hours on the Sunday morning, when I took a ride on a borrowed bike into the Noordhollands Duinreservaat (North Holland Dunes Reserve) south of Egmond. The dunes are tall, wide and well-vegetated with a mixture of low woodland, scrub and grassland. The dominant species here was the Nightingale — every bush seemed to be hosting one and their croaks and warbles were a constant companion. Several showed well, sitting in the open atop the coastal bushes. The highlight, though, was hearing an unfamiliar song that materialised through the binoculars into a gorgeous male Bluethroat. What a gem. It was only afterwards that I realised that my "gripping" texts home might not have been welcome at 6.55 British time on a Sunday morning — sorry Fi — but in my defence, this is a bird I've always wanted to find (since childhood days poring over the old Peterson field guide), and a dowdy first-year bird at Bharatpur a few years ago hadn't scratched that particular itch. Two Black Kites apparently constitute a local rarity, and the supporting cast included Grasshopper and other warblers, Turtle Dove and Cuckoo. We also had a handful of Spoonbill sightings in the area, without visiting a dedicated wetland reserve. 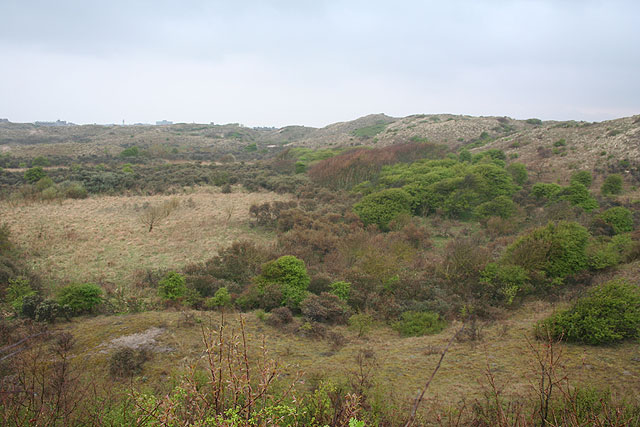 Add in the superb architecture of the older cities, the excellent public transport network and the glorious sight of the tulip fields in full bloom backed by quaint windmills, and a spring trip to Holland offers a great opportunity for a low-carbon getaway that won't break the bank. 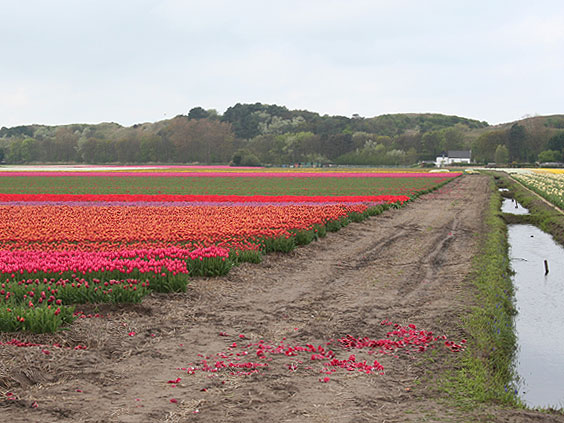