If you're looking for inspiration for where to go birding this weekend, look at the Bird Atlas website (www.birdatlas.net) for ideas. We are now over halfway through the second winter of this four-year project and there are still many areas that need help from birdwatchers. All you have to do is go birding and make a list of what you see.

The Bird Atlas is going really well, and a quick look at some of the provisional species maps is already starting to highlight changes in ranges since the last Winter Atlas in 1981–84. There are the obvious range expansions that we all know such as Buzzard, Raven, Little Egret and Red Kite and perhaps a few surprises such as Barn Owl in the extreme of northeast Scotland.

The map for Water Rail shows a lot more records in Scotland compared with the last Winter Atlas, particularly in the area around Inverness and on the Outer Hebrides. Being such an elusive bird, Water Rails are likely to be under-recorded in many areas —&#8201can you help put more dots on the map? 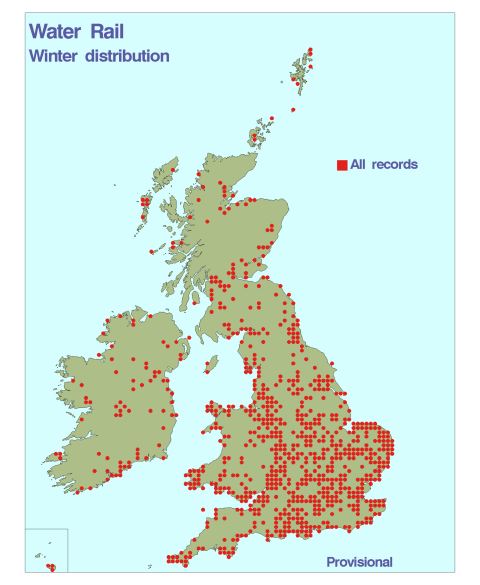 
To give an idea of how well we are getting on with coverage of Britain and Ireland, we can look at how many species have been recorded in each 10-km square so far compared with what was recorded in the last Winter Atlas. This is only a guide and no doubt the species composition will have changed, but it's a good way to focus birdwatching effort into those areas where it is most needed. The map below shows that across much of England we have already recorded over 90% of what we would expect to find in each 10-km square but there are still many counties, for example Lincolnshire, East Yorkshire and Cornwall, that need a lot of help. Mid-Wales, parts of Scotland (especially Argyll, Dumfries & Galloway) and the whole of Ireland need general birdwatching visits to 10-km squares. 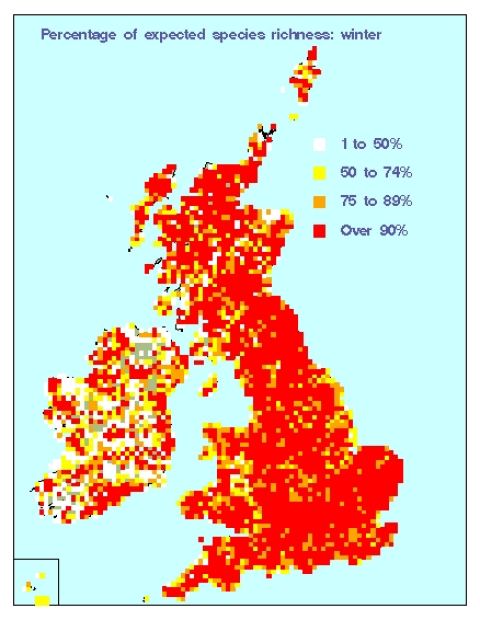 
The map above gives the overall picture but it's hard to see in detail exactly which 10-km squares need more help. A useful section of the Atlas website is the 'Regional results' found under 'Latest results' www.bto.org/birdatlas/latest_results/regionalresultsnav.htm which gives more detailed maps on a BTO region basis. For each region you can look at the species richness in winter (amongst other things) and then refer back to the map of 10-km squares to work out which are the priority 10-km squares.

So where to go birding this weekend?