Genetic analysis of the sand plover complex has concluded that Lesser Sand Plover should be treated as two species, not one.

However, DNA suggests that the two groups are not each others' closest relatives, and that mongolus is actually sister species to Greater Sand Plover Charadrius leschenaultii. 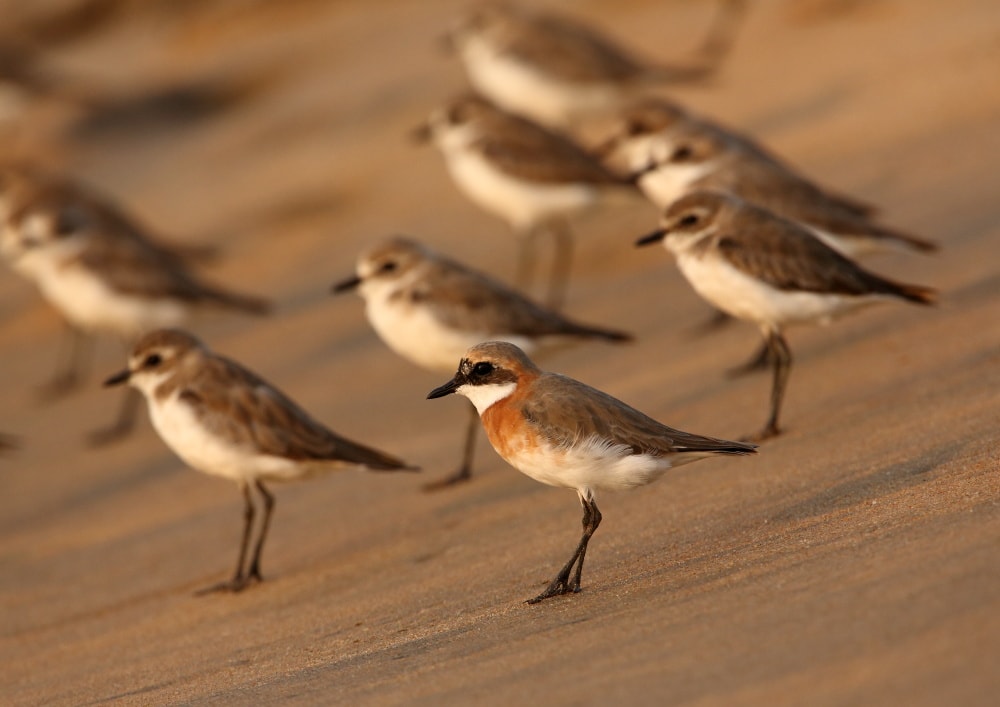 'Lesser Sand Plover' should now be recognised as two species, according to genetic and acoustic evidence presented in the new study (Dave Williams).

A total of 52 sand plovers were included in the study. From the mongolus group, 19 individuals from the breeding range of ssp stegmanni were sampled from Chukotka, Primorsky and the Sakhalin Islands. In the atrifrons group, 20 individuals from the breeding range of ssp schaeferi in Qinghai, China, were tested. A further two 'Lesser Sand Plovers' were sampled from the migration route, one in China and one in Russia. A total of 11 Greater Sand Plovers were also sampled: one from breeding grounds in Tuva, Russia, and the others being migratory birds in China.

DNA results showed that mongolus is in fact the sister group of leschenaultii, with the two having diverged approximately 1.6 million years ago. The split between the atrifrons group and the previous two taxa was dated at around 2.6 million years ago.

The team also analysed vocalisations of between seven and 10 individuals from the three 'groups' of sand plovers, examining the recordings of calls from several populations. They found consistent differences in the acoustics of all three groups of sand plovers, adding further evidence that three species should be recognised rather than the current two.

The researchers have proposed treatment of the sand plover complex as follows, including the change in English name of Greater Sand Plover to Desert Sand Plover to reflect that the antonymic 'Lesser Sand Plover' is now defunct: