Gardeners asked to get fruity!

The BTO is asking gardeners and garden birdwatchers to help with an exciting new study, which aims to discover how birds use garden berries and other fruits during the autumn and winter months. A free survey pack, which includes advice on improving your garden's attractiveness to birds, is available from Birds and Garden Berries Study, BTO, The Nunnery, Thetford, Norfolk IP24 2PU, or by calling 01842 750050. Berries and other fruits provide an important resource for many birds during the autumn and winter, with those in gardens particularly well used by thrushes, Starlings and wintering warblers. Different berries and fruits become available at different times and there is evidence to suggest that birds favour some fruits over others, often using berry colour to make their selection.

Despite a lengthy list of berries and fruits that have been put forward as being attractive to birds, we lack hard scientific evidence of which plants and varieties of plants are favoured by which bird species. This new study, being organised by the British Trust for Ornithology (BTO), sets out to address this question. 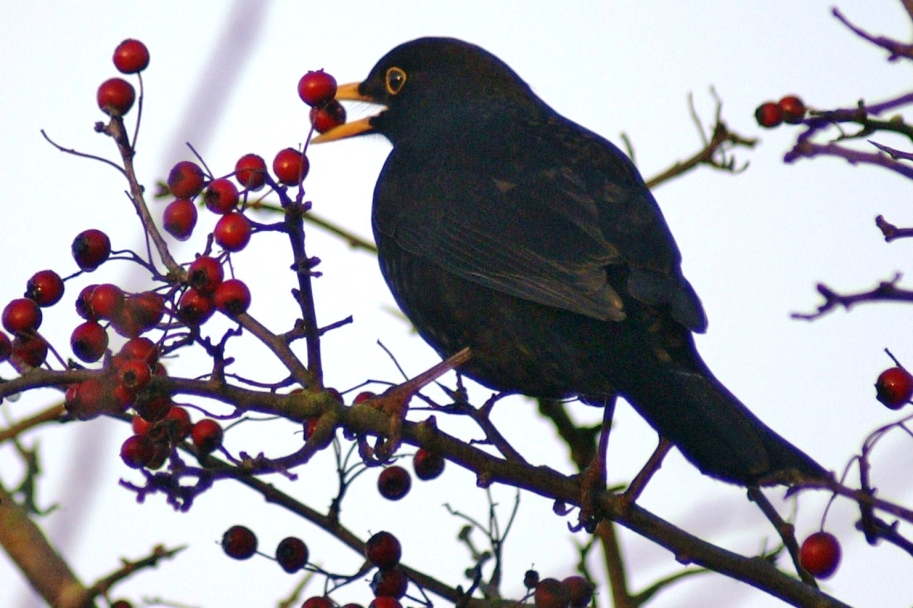 As Mike Toms, Head of Garden Ecology at the BTO, explains, "We are really keen to involve gardeners and garden birdwatchers in this new project and need their help to build up a national picture of which fruits and berries are available and which birds are using them. In addition to some simple weekly recording throughout autumn and winter, we also need some people to carry out some more detailed work by participating in timed counts of birds eating berries."

The Birds and Garden Berries Study launches on Sunday 30th September 2012 and runs through until Saturday 30th March 2013. It is the first ever large-scale study of how birds use the berries and other fruits found in the nation's gardens. A free enquiry pack, containing more information on the survey, recording forms and advice on making your garden more attractive to birds is available from Birds and Garden Berries Study, BTO, The Nunnery, Thetford, Norfolk IP24 2PU, by calling 01842 750050 or by emailing gbw@bto.org.