Annual Results from the BTO's Garden BirdWatch scheme have just been published. Huge cold-weather movements of Reed Bunting, Redwing and Fieldfare into gardens were charted in 2010, although Goldcrest numbers tumbled. England was the top country for many species, with some interesting regional differences.

Opening with the coldest winter in 30 years, and closing with the chilliest December in a century, 2010 was remarkable for both people and birds, with the extreme conditions drawing many scarce visitors into our gardens. 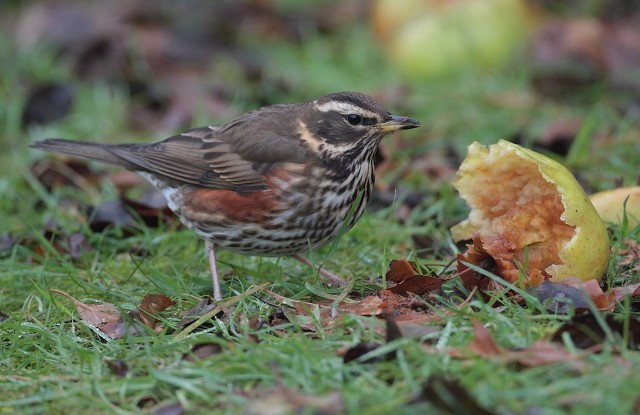 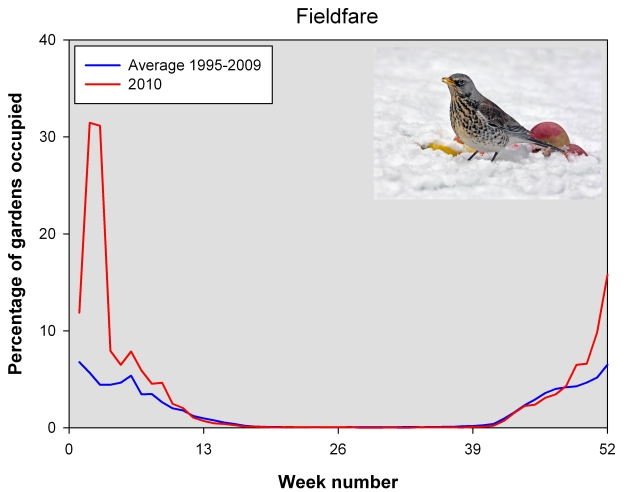 English householders were more likely to see several species, including Blackbird, Goldfinch, Long-tailed Tit and Woodpigeon, in 2010 compared with those in Wales and Scotland. However, there were big regional differences. If you wanted to see Blackcaps or Song Thrushes, you were best off living in the southwest, whereas the southeast was best for Blue Tits and Nuthatches. Further north, residents of Yorkshire and the Humber were more likely to enjoy House or Tree Sparrows, whereas Garden BirdWatchers in the northwest were visited more frequently by the farmland favourites Reed Bunting and Yellowhammer. Complete regional results are available on the Garden BirdWatch website.

Compared with the long-term average, calculated since 1995 when Garden BirdWatch began, many less common garden birds increased their presence during 2010. Throughout the UK and Ireland, Redwing and Fieldfare increased, 68% and 94% respectively, coping with the worst of the winter weather by snaffling up the generous offerings of householders. They were joined by farmland buntings, most notably Reed Buntings, which were twice as abundant in 2010 than in an average year. 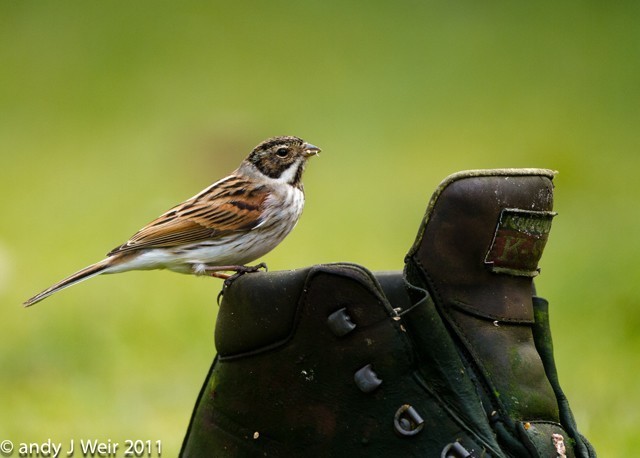 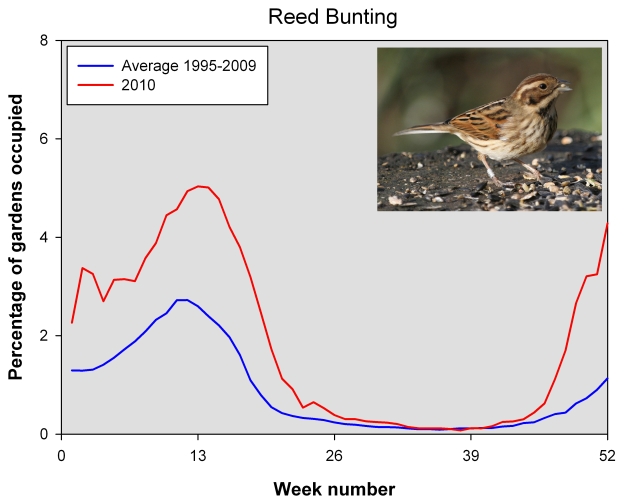 Bullfinches were another big garden success story. This handsome, somewhat corpulent finch has been in long-term decline nationally, but during 2010 householders were almost 75% more likely to have recorded one compared with the long-term average. Bullfinches often appear in small groups, feeding congenially on opposite sides of a seed feeder, and their increase suggests that gardens may be becoming more important for them. Other species that continued their recent march into gardens include Goldfinch (up by 90%), Woodpigeon (29%) and Great Spotted Woodpecker (23%).

Many smaller species, however, appeared to struggle. One of our smallest, the Goldcrest, fell by more than a third in gardens in 2010 compared with the long-term average, with reduced immigration of continental birds during autumn contributing to this trend. Records of Wren were also well below normal, consistent with a recent downturn in gardens. The loss of these small birds hints at the impact of the severe winter conditions. 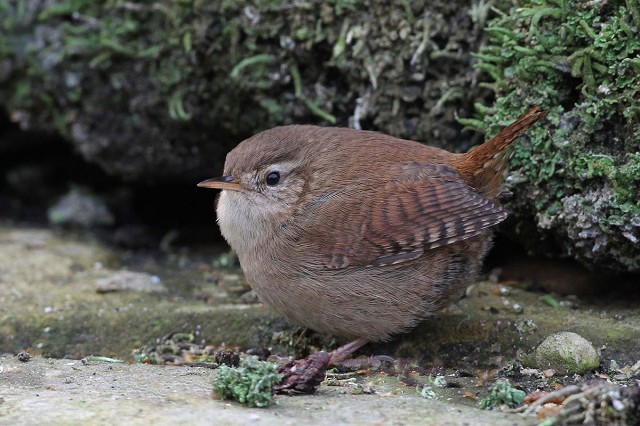 Dr Tim Harrison from BTO Garden BirdWatch commented: "With prolonged periods of snow and ice at the beginning and end of 2010, large movements of Reed Bunting, Redwing, Fieldfare and Brambling into gardens were expected, and this is exactly what happened. However, without the simple, year-round observations of BTO Garden BirdWatchers, we would not have been able to quantify these movements scientifically or gain precise information on when they occurred."

"It's very exciting that every region has its own selection of garden specials. More Londoners saw a Robin, more residents of the northeast recorded a Sparrowhawk, while almost a third of residents in the West Midlands admired a Great Spotted Woodpecker. Clearly, wherever you live, there are lots of reasons to be enthused about your garden birds."

The online results pages show national and regional figures and also further details of some of the biggest winners and losers.