A French-ringed Lapland Bunting (SC65063) was found on 11 December by pupils from years five and six of Ysgol Betws-y-Coed on a visit to Nant BH Outdoor Education Centre near Llanrwst, North Wales. It was originally ringed as a first-year male on 14 October over 500 miles away in Saintes, southern France. 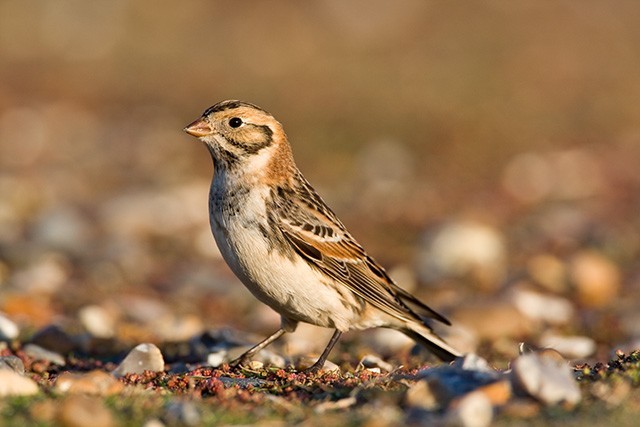 Only 650 Lapland Buntings have been ringed in Britain & Ireland since the scheme started in 1909, and there is only one previous report of a ringed bird, which only travelled 2km within Lincolnshire in six weeks. This record is therefore quite exceptional!

Lapland Buntings seen along the west coast are sometimes thought to be from the Greenland breeding population, rather than winter visitors from Scandinavia. Wherever this bird originated from, how (and why?) it found its way north from southern France to North Wales will remain a mystery.

If you find a ring, or see a colour ringed bird, then you can report it online at www.ring.ac.