On 7 August 2020, Sylvain Reyt located an interesting dark shearwater in Mor Braz Bay, south of the Quiberon peninsula in Brittany, France, while leading a pelagic trip for Faune Océan.

The bird seemed unusual in appearance and those on board the boat were hesitant to identify it, instead taking a series of photos. While close to a huge flock of some 6,000 Balearic Shearwaters, the bird did not associate with them and was observed alone. On such a calm and sunny day, the shearwaters were reluctant to take flight and, as such, the mystery bird was only observed swimming, with the trip participants reticent to let the boat disturb the bird from the water.

The following day, Sylvain reviewed his images and noticed in particular the square head shape and noticeably short bill. Suspecting it to be a Short-tailed Shearwater, he emailed a series of experts, including Killian Mullarney and Bob Flood. The response was positive, agreeing that the bird was indeed Short-tailed. 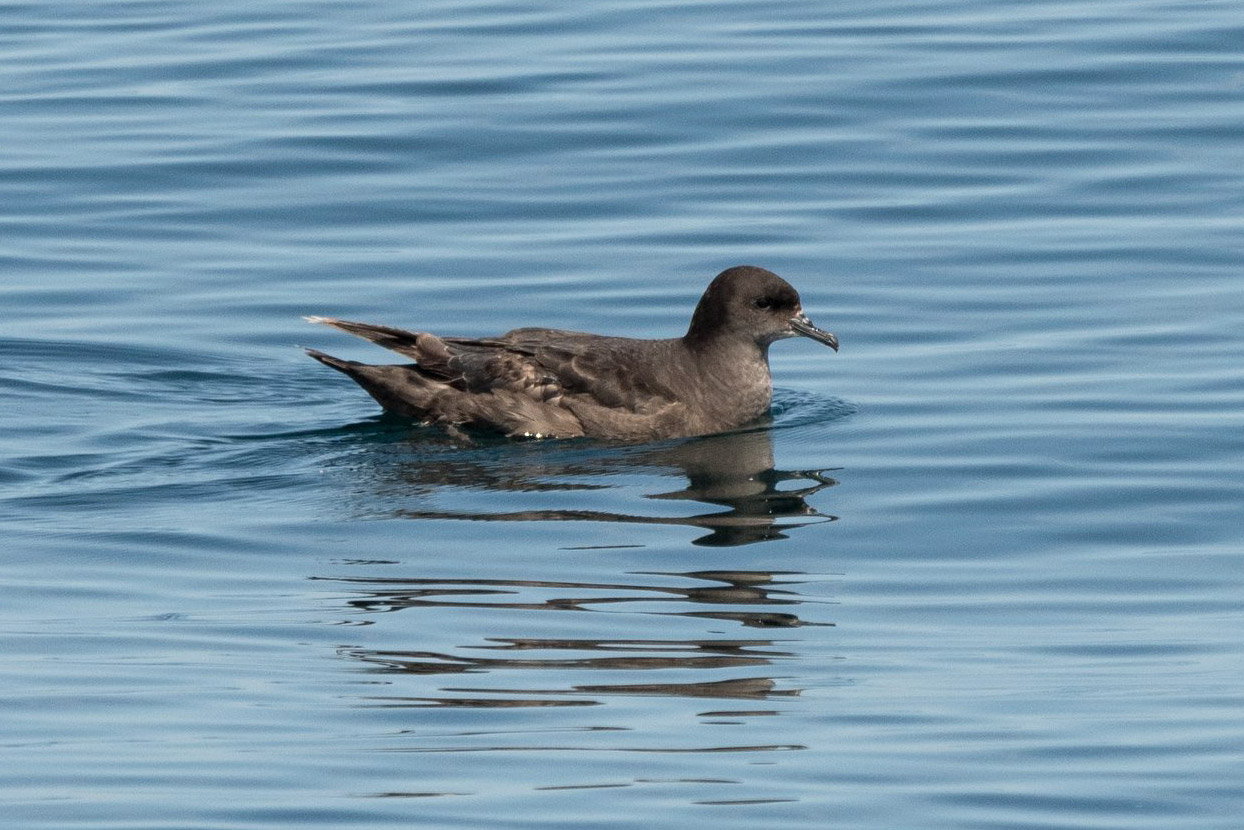 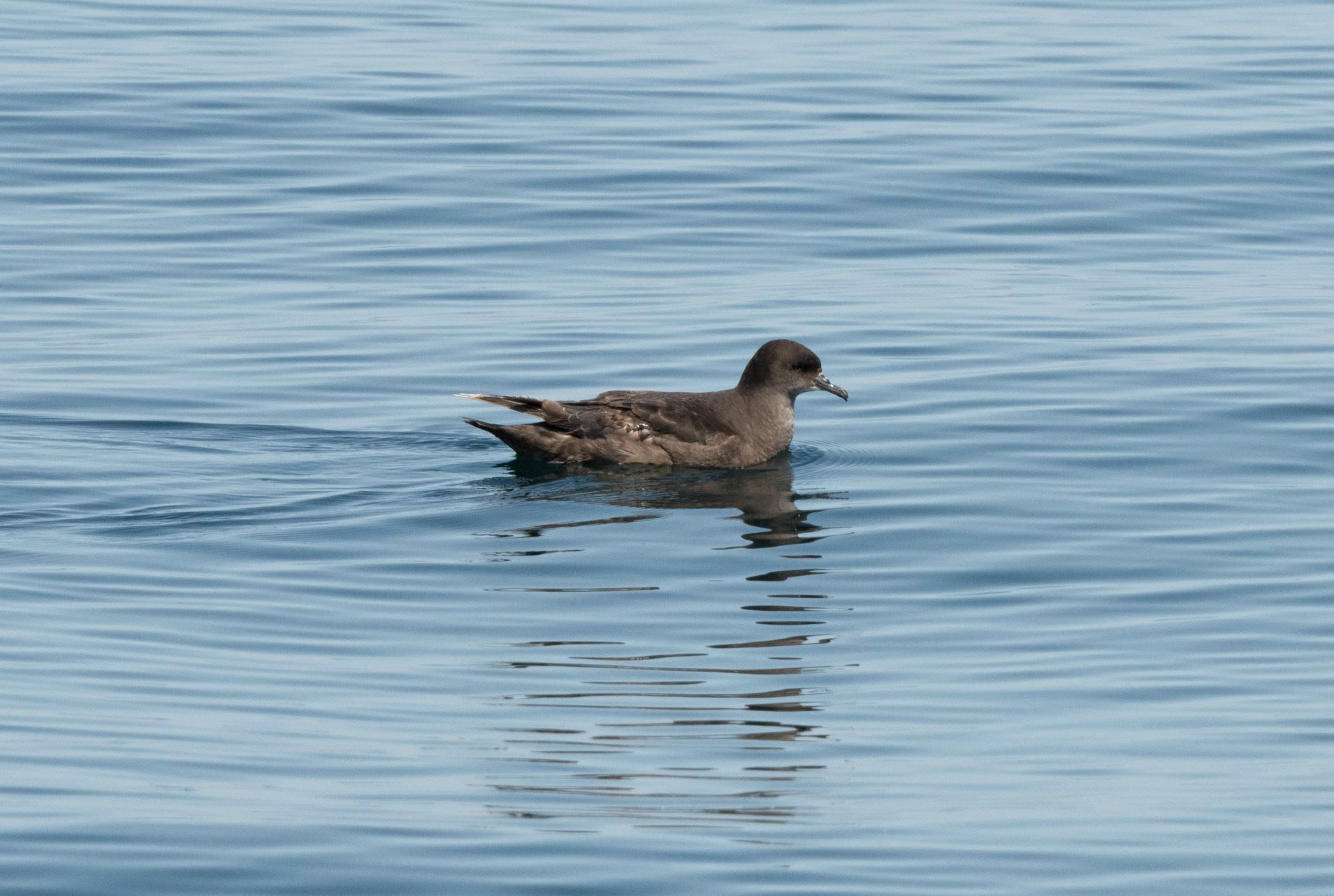 Short-tailed Shearwater was only recorded definitively from the Western Palearctic for the first time earlier this summer. On 22 June, a moribund shearwater recovered from the beach at Tramore, Co Waterford, was identified as this species. For a second individual to follow so quickly afterwards begs the question as to whether it's more regular in the North Atlantic than the two records suggest and is perhaps being overlooked, given its similarities to Sooty Shearwater – particularly when viewed distantly on a seawatch from land.

That said, for reasons unknown, 2020 has evidently been an exceptional summer for seabirds in the region. Europe's first Flesh-footed Shearwater was confirmed from Azorean waters only last week, with this species possessing a similar breeding range to Short-tailed. And, in late May, the Western Palearctic's first White-chinned Petrel was seen and photographed in Orkney, Scotland.

POSTSCRIPT: another French Short-tailed Shearwater has come to light, photographed by Yann Février in the Channel off the north coast of Brittany on 9 September 2015. This retrospectively becomes the first for France and the Western Palearctic. The bird was seen in Saint-Brieuc Bay while a Balearic Shearwater survey was being carried out. 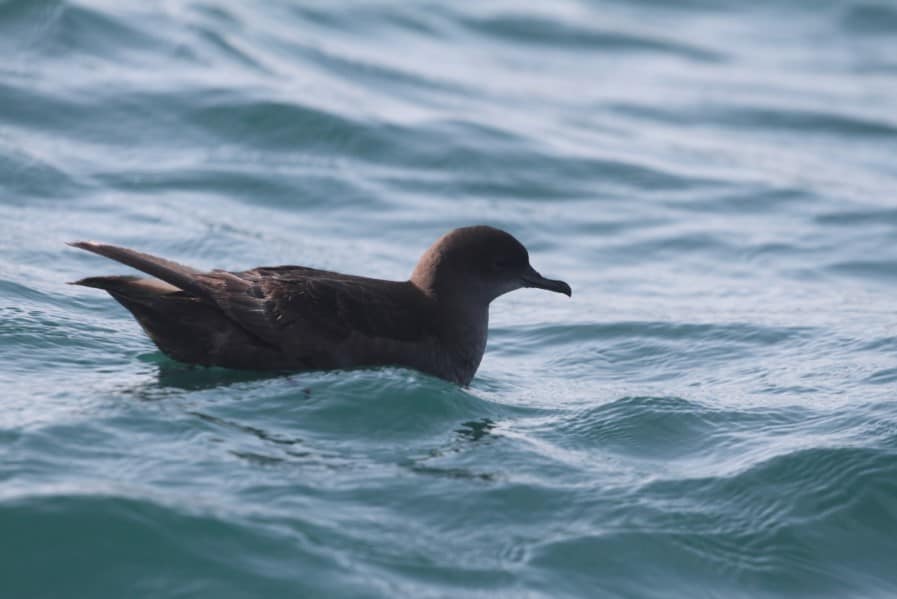