Forest degradation is driving declines in an array of bird species in eastern Canada, according to new research led by Oregon State University (OSU).

"Reducing forest loss has been the main focus of conservation policy to date, which is well justified because it has a strong negative effect on biodiversity," explained Matt Betts of the OSU College of Forestry. "But the effects of changing the composition and age of forest via timber management have traditionally been very difficult to measure at large scales and thus have been largely ignored. Our work shows population declines in many bird species in eastern Canada are due to habitat loss caused by forestry activities."

Scientists focused their attention on the Acadian Forest in Canada's maritime provinces. Here, they looked at the degree to which forest degradation – the reduction or loss of biological complexity – in the form of clearcutting and then thinning or replanting single tree species affected bird habitat and long-term trends in bird populations. 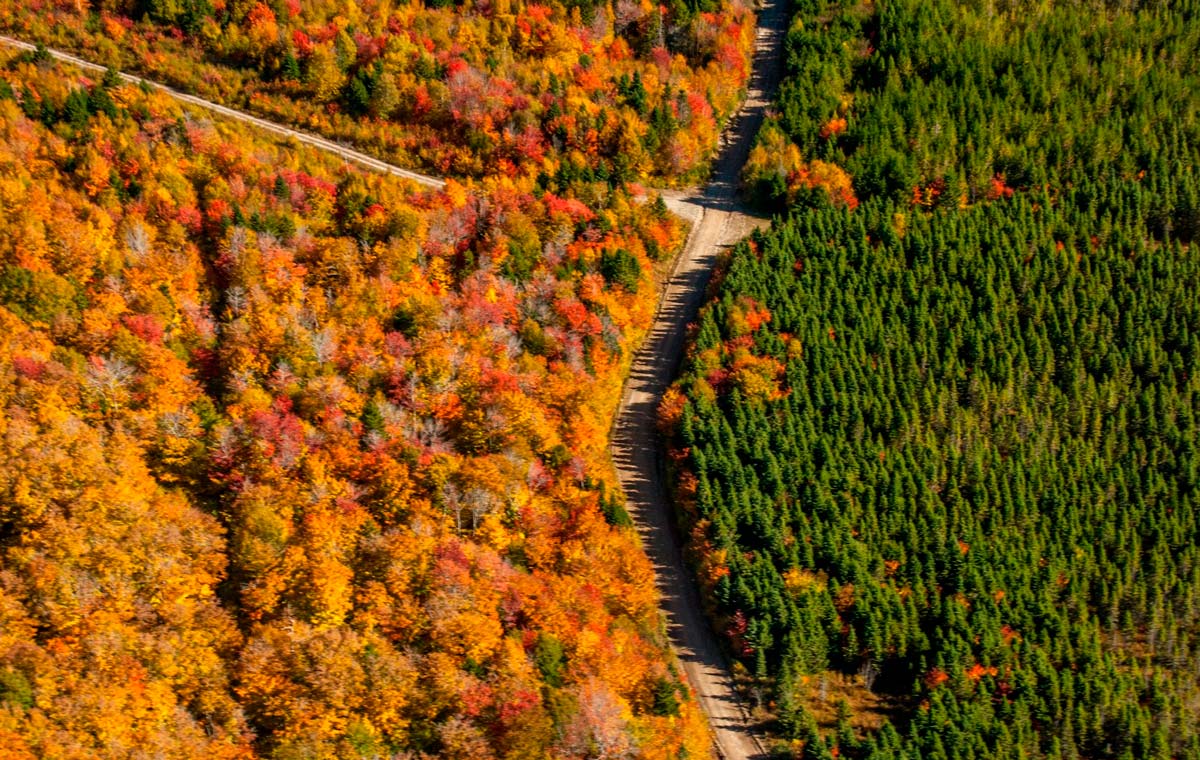 Mixed forest on the left and spruce plantation on the right. The latter, despite its large area, inevitably does not support as great a diversity of birdlife (Debora Carr).

The findings, recently published in Nature Ecology and Evolution, showed that breeding habitat loss occurred for 66% of the forest's 54 most common bird species betweeen 1985 and 2020 and was strongly associated with the loss of older forests.

Species experiencing the greatest decreases in habitat were Golden-crowned Kinglet and Blackburnian Warbler, with seven species in all showing habitat declines of greater than 25%.

Habitat loss was strongly linked to long-term bird population declines, particularly for species living in old forest. The researchers estimate that between 33 and 104 million birds were lost due to forest degradation over the 35 years of the study.

The researchers found that nine bird species in the study area have declined at rates in excess of 30% over the past 10 years, which meets criteria for listing as threatened under Canadian endangered species legislation. 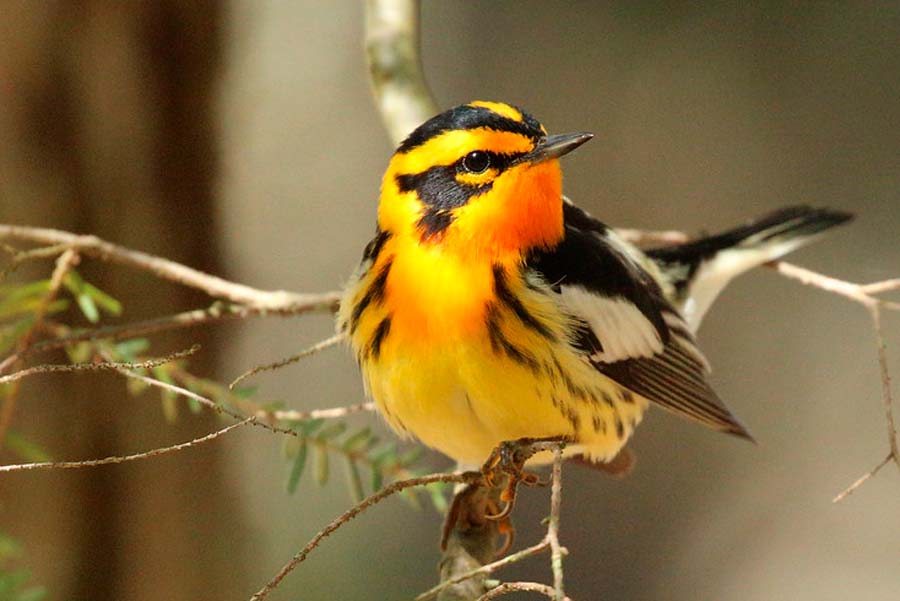 "Due to increased global demand for wood, more and more of the Earth's surface is being used for timber extraction," explained Betts. "This shows up on remote sensing as both forest loss and forest gain, but unfortunately the 'gain' is often vastly simplified, young forest. Our paper presents a new way to quantify these sorts of changes."

Betts and collaborators from Cornell University, the University of Rhode Island, the University of New Brunswick, Google and multiple Canadian and US agencies combined satellite imagery and breeding bird survey data along with species distribution modeling to examine forest and bird population trends.

The Acadian Forest, known for its tree species diversity, has shown pervasive signs of degradation over the last few decades. Since 1985, more than 3 million ha of the Acadian Forest have been clearcut, and much of that area is now dominated by single tree species or a mix of early successional species.

"Old forest declined by 39% over the period we observed," Betts said. "Over the same period, forest cover actually increased by a net 6.5%. That pattern of extensive harvest of old forest, followed by rapid regeneration of young forest and then subsequent harvest before maturity is attained, seems to be common in many forest regions of North America and northern Europe."

Betts added that managed forests tend to be dominated by one or two merchantable tree species, and they also tend to be younger than those that would occur under a natural disturbance regime – for example, with fires or windstorms. That carries potential implications for species associated with mature or old-growth forests.

Quantifying the effects of forest degradation is particularly important in light of recent findings by the Intergovernmental Panel on Biodiversity and Ecosystem Services that indicate the planet is facing a biodiversity crisis, Betts said, while also pointing to research published in Science that showed bird populations have been showing severe declines across North America. 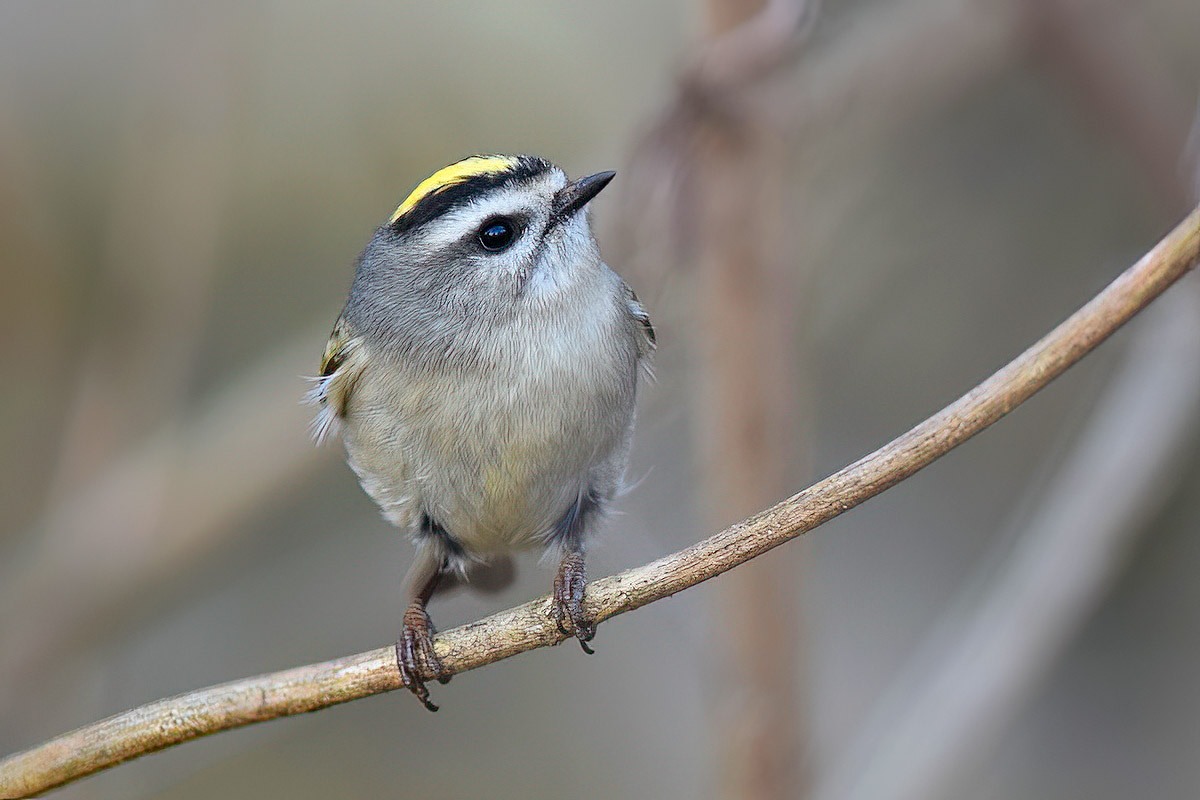 More than a quarter of suitable Golden-crowned Kinglet habitat was lost from the Acadian Forest between between 1985 and 2020 (Andy Reago & Chrissy McClarren / commons.wikimedia.org).

"Clearly the research by Betts and collaborators identifies one of the critical smoking guns of avian declines," said Peter Marra, the director for Georgetown University's Institute for Environment and Sustainability and a co-author of the Science paper on bird declines. "We've assumed once a natural forest is cut down, as long as you plant more trees all the rest of the plants and animals will fill back in. The new research shows that's not the case."

In the Acadian Forest, deforestation – permanent conversion to another land-cover type – was not a primary driver of habitat loss as it accounted for less than 2% of all habitat loss across the 54 bird species examined.

"Overall, our findings indicate broad-scale declines in forest birds of the Acadian Forest, and for most species, abundance is strongly associated with habitat amount," said Betts. "We expect that similar consequences for biodiversity are in place for intensively managed forests in other parts of the world as well. If all you look at is forest cover, you'll miss the more subtle but critically important role of forest age and type in maintaining biodiversity."