For flickers, looks can be deceiving

Northern Flicker is a widespread North American woodpecker species known for its distinctive wing and tail feathers. In the east, birds show bright yellow feathers, while western birds are a bright red. Where the two forms meet in the Great Plains, widespread interbreeding occurs.

Despite the obvious visual differences between Red-shafted and Yellow-shafted Flickers, scientists have never before found genetic differences between them. However, a new study from The Auk: Ornithological Advances uses data from thousands of regions across the genome to distinguish these birds molecularly for the first time.

Stepfanie Aguillon and her colleagues at the Cornell Lab of Ornithology explored patterns across the genomes of flickers and found them to be incredibly similar at molecular level. In spite of the strong similarity, it was still possible to distinguish Red-shafted from Yellow-shafted for the first time through the use of new genomic technology. Such methods are advancing at so rapid a rate that genetic sequence differences that were undetectable in the 1980s are now readily apparent using next-generation sequencing techniques. 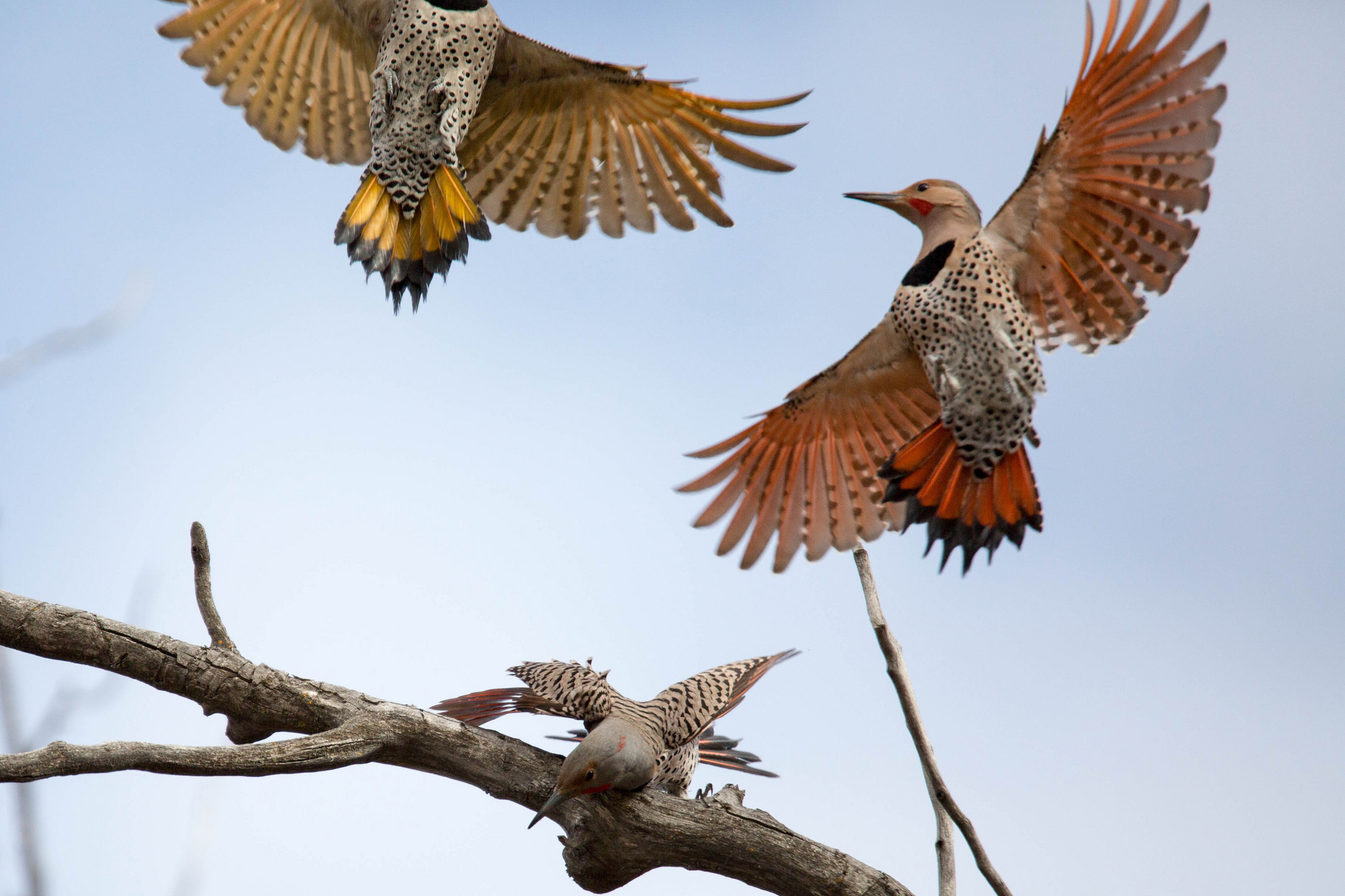 The two 'forms' of Northern Flicker meet in the Great Plains, where they routinely interbreed (David Mitchell via Flickr).

"Flickers have intrigued ornithologists and naturalists at least as far back as Audubon, but only recently has it become possible to understand these birds genomically," explained lead author Stepfanie Aguillon. "I was unsure what we would find, given how much trouble previous researchers have had with these birds. I was surprised and excited by how similar we found them to be since we now had thousands of markers across the genome. I think this paper underlies a theme that has become more and more apparent over the last few years, even when two birds look very different, they may not be very different genetically."

"The hybrid zone between Yellow-shafted and Red-shafted Flickers is particularly striking, but despite very apparent morphological and ecological differences, genetic studies beginning in the late 1980s found few differences between these two 'subspecies'," added Wayne State University flicker expert Professor William S Moore. "Hybrid zones are often described as 'natural laboratories' for studies on speciation. Despite the low level of genetic divergence across the flicker hybrid zone, it is certain that selection is operating on genes involved in plumage divergence and ecological adaptation. Aguillon's study will be a foundation stone for studies that identify the adapted genes and will bring us to a new understanding of the processes of speciation."